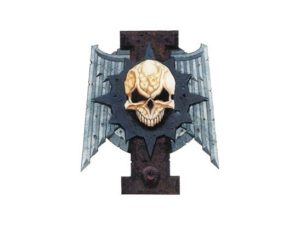 The Adeptus Ministorum, more commonly known as the Ecclesiarchy, is the official state church of the Imperium of Man, which maintains and promotes the worship of the Emperor of Mankind as the one, true God of Humanity. It is a massive organisation that guides the worship of billions of people on numberless worlds and across great divides of distance, language, and culture. The core of the Ecclesiarchy’s spiritual and temporal power is the Cult Imperialis, also known variously as the Imperial Creed or Imperial Cult.

A Shrine World of the Adeptus Ministorum