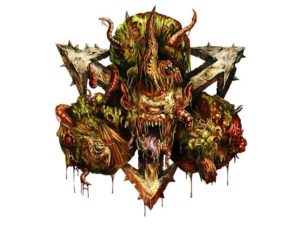 Nurgle, also known as the Plague Lord or the Plague God, is the Chaos God of disease, decay, despair, death and destruction. In particular, the emotion of despair in mortals empowers the Plague God. Nurgle is known also as “Grandfather Nurgle,” the “Lord of Pestilence” and the “Lord of Decay.” It is the third of the Chaos Gods to fully awake within the Warp, emerging during the 2nd Millennium in the midst of Terra’s European Middle Ages, as great plagues swept across the world heralding the god’s birth.

This was supposed to be a background test/practise, it got a bit out of hand... I'll prolly take a look at it tomorrow with fresh eyes to see if...

The Lost and the Damned

The Lost and the Damned Commissioned by Games Workshop and used by them on various book and game covers.

Interior artwork for Codex: Chaos Daemons. This is a fun exercise into how daemons corrupt and warp the environment, they have to look different...

The Terminus Est, chariot of Typhus the Traveler, Herald of Nurgle

At last! I finally submit something! I am actually not a painter, so really curious, is it actually was worth the efforts? or may be it is just...

Traitor Legionnaires from the World eaters and Death Guard Legions purge those still loyal to the Emperor in one of the opening battles of the...

Another day in the life of a Guardsmen

A lone guardsmen finds himself standing before the immense bulk of a chaos terminator it seems his Carrion Lord truly has abandoned him. I wanted...

Typhus arrayed in his fearsome panoply of Nurgle

The Word Bearers clash with pustulent daemons and Plague Marines offer a dangerous bargain to disease-wracked humans in this pair of tales about... 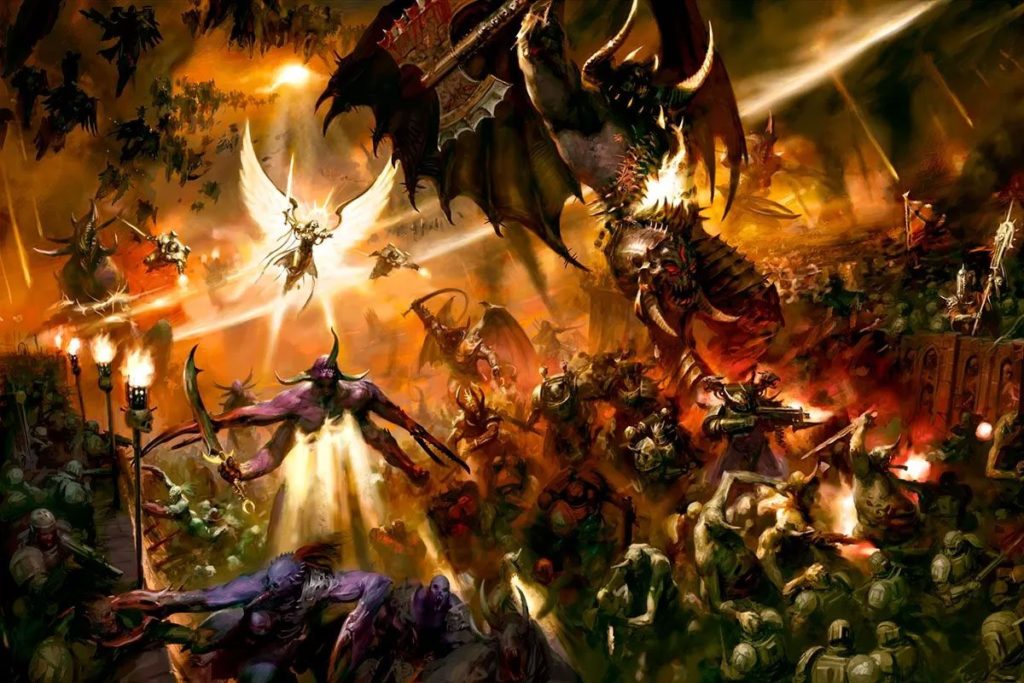 As Abaddon the Despoiler’s 13th Black Crusade raged on the Fortress World of Cadia in 999.M41, Saint Celestine suddenly appeared once more,...