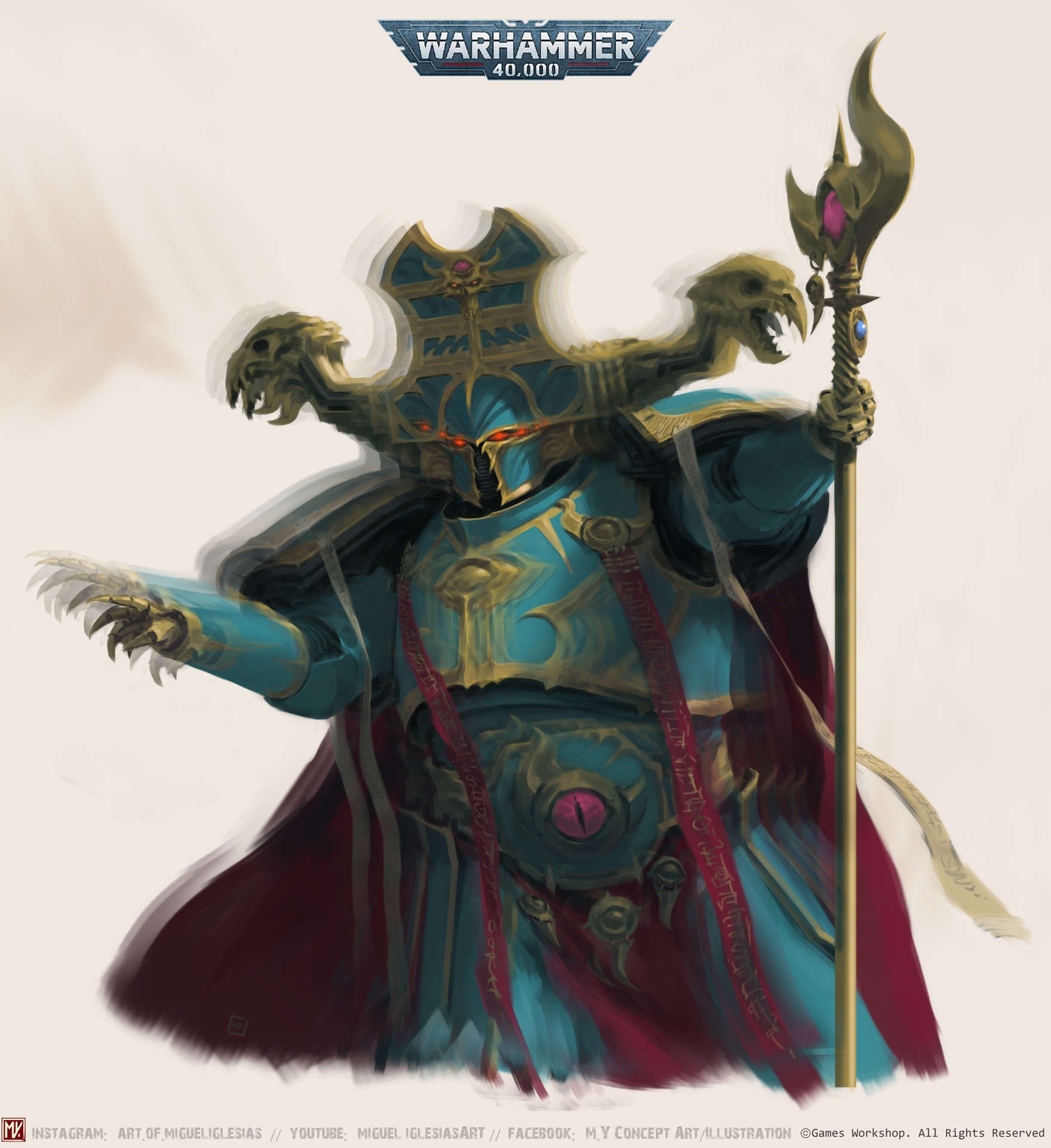 Support me on Patreon:
https://www.patreon.com/MiguelIglesiasArt

These are some illustrations I did for the latest Thousand Sons Codex of the Warhammer 40k tabletop game. © 2022 Copyright Games Workshop LTD. All rights reserved.
A bunch of very cool and special characters with their own lore that help to illustrate each one of the Cults of sorcery . Each one of the them with a specific theme that defines their nature, goals etc.

The cult of Scheming:
The Cult of Scheming is perhaps the most insidious of the cults, for the creation of convoluted plots is to them a form of profane worship. Every conquest and withdrawal is a perfectly planned maneuver, a single step that leads towards some unseen master stroke.
The idea for these characters was to play around with the repeated motif of threes (because of the back story):three arms, three fingers, three sides to their pyramidal helmets etc. Also used a triangular composition to reinforce that same motif.

The Cult of Knowledge:
The idea behind this character in a very short version is that he is looking to acquire as much knowledge and esoteric artifacts as possible. That is why I used everywhere the motif of hands as a direct visual metaphor for the fact he s got his hands in all different mystical fields. I also used the mystic symbol of a hand with an eye in the middle, once again to underline that concept of mystic knowledge.
This character offered a great opportunity to create something new outside from the already established but also limited look of the Thousand sons.

The Cult of Mutation:
This one is an exalted sorcerer from the cult of Mutation,which embodies the transfiguring aspect of Tzeentch. Not only do they embrace the warping of flesh, but also the warping of reality itself. By their hand civilized planets are transformed into Daemon Worlds, and entire populations molded into grotesque abominations.

Cult of Duplicity:
The Cult of Duplicity is unique within the Legion in that it both is and is not guided by a unified desire. The Sorcerers of this cult are by their very nature deceivers, at once appearing fractured and singular in their purpose. As such, it is impossible to know whether the sects within the cult are acting independently or as part of a singular, terrifying plan. The idea for this character was that he is a prince of lies. To represent that, the idea was to use a helm with many masks merged together as a straight metaphor that he shows many faces. Not only that but he hides under a cloak to obscure his face/faces.
His staff is smaller to hide the true nature of its power and look weaker instead. I also used a motif of a double faced demon on several places to show that idea of duplicity. He carries many dataslates, books etc filled with secrets and hides blades all over his body once again playing with the theme that he csn not trusted since he hides many secrets and shows many lies.

Cult of Time:
An exalted sorcerer from the cult of time with a very cool background story. One part of it is that he must hold up to his staff or he will get lost on a myriad of timelines for ever.

Cult of Destruction:
This one was as subtle as a hammer, and from his back story the idea for his design was very straight forward, just fire plus more fire, and an extra fire on top. He is like the Fantastic four’s Human Torch (a Marvel superhero 🤓) version of the Thousand Sons.
Very fun! 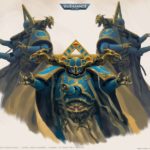 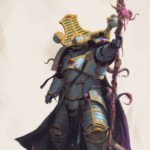 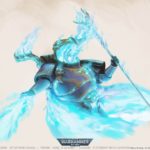