The Adepta Sororitas, colloquially called the “Sisterhood,” whose military arm is also known as the Sisters of Battle and formerly as the Daughters of the Emperor, are an all-female division of the Imperium of Man’s state church known as the Ecclesiarchy or, more formally, as the Adeptus Ministorum. The Sisterhood’s Orders Militant serve as the Ecclesiarchy’s armed forces, mercilessly rooting out spiritual corruption and heresy within Humanity and every organisation of the Adeptus Terra.

Last Stand I was contacted by a lovely GM who wanted to gift his players an illustration of their DnD party in their fantasy style as well as a... 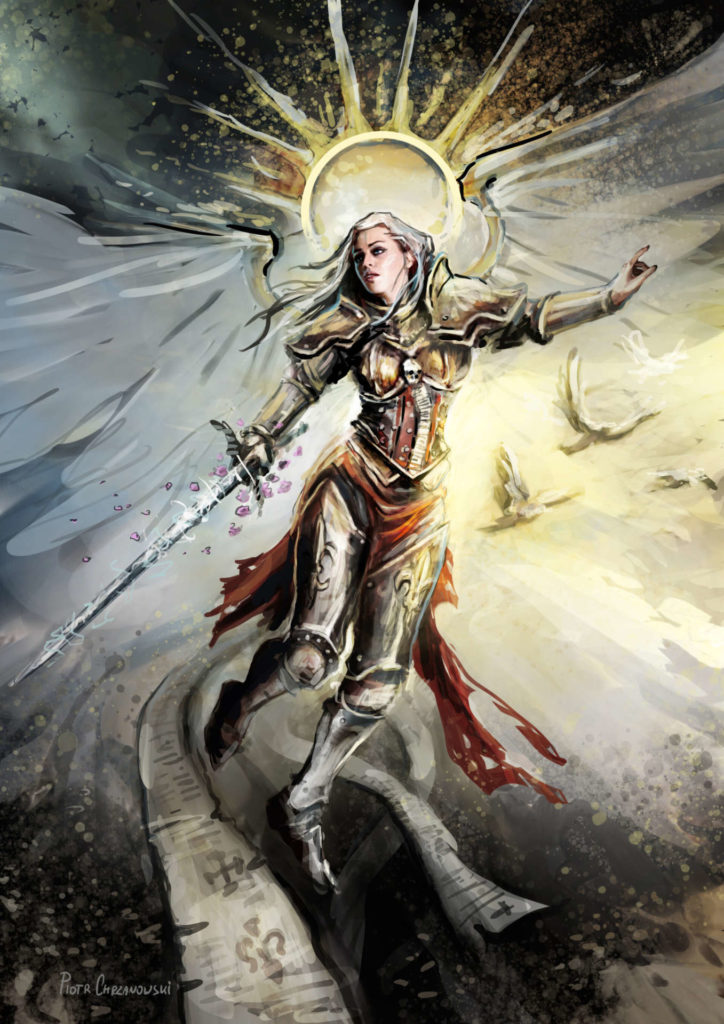 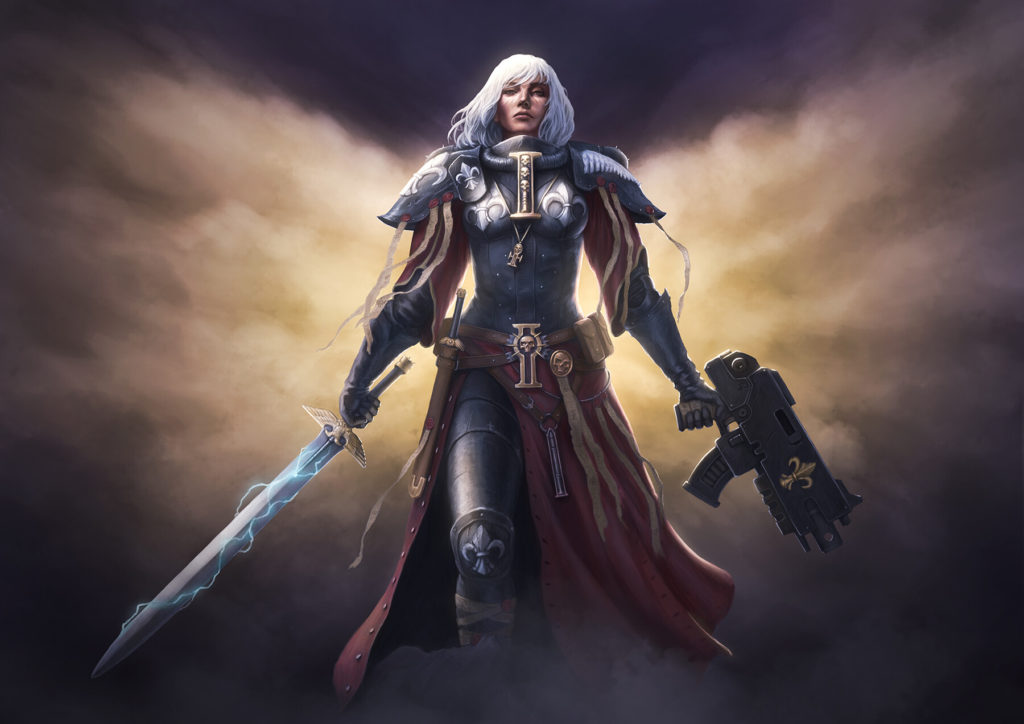 Sister Evangeline - Mark of Faith Mark of Faith was awesome and I really enjoyed working on this fanart! You can get access to the full... 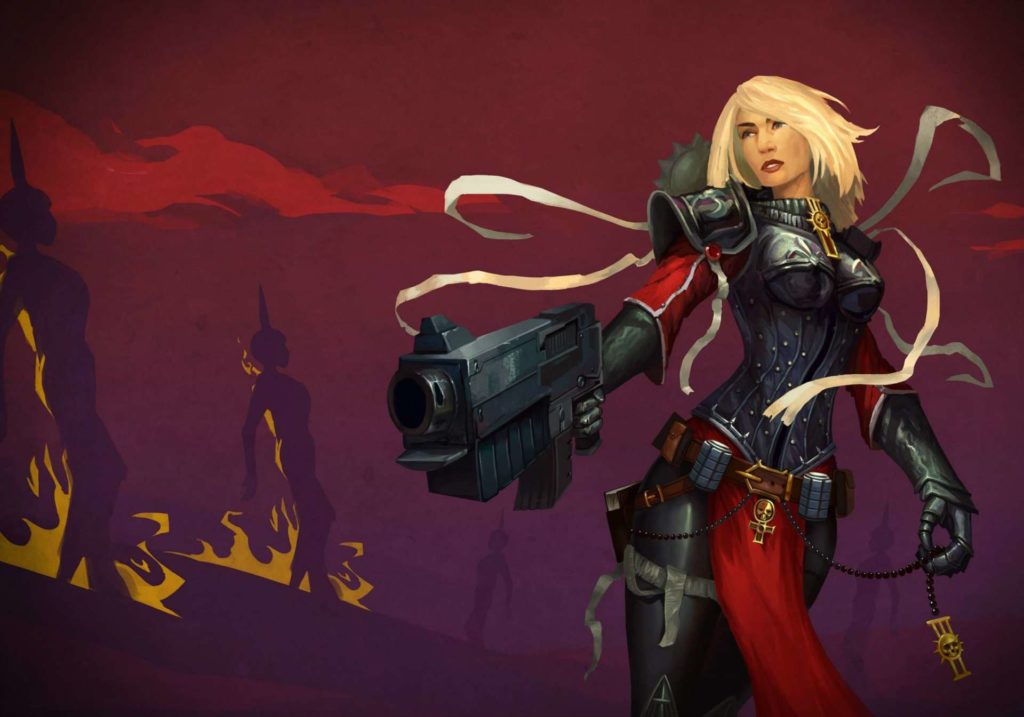 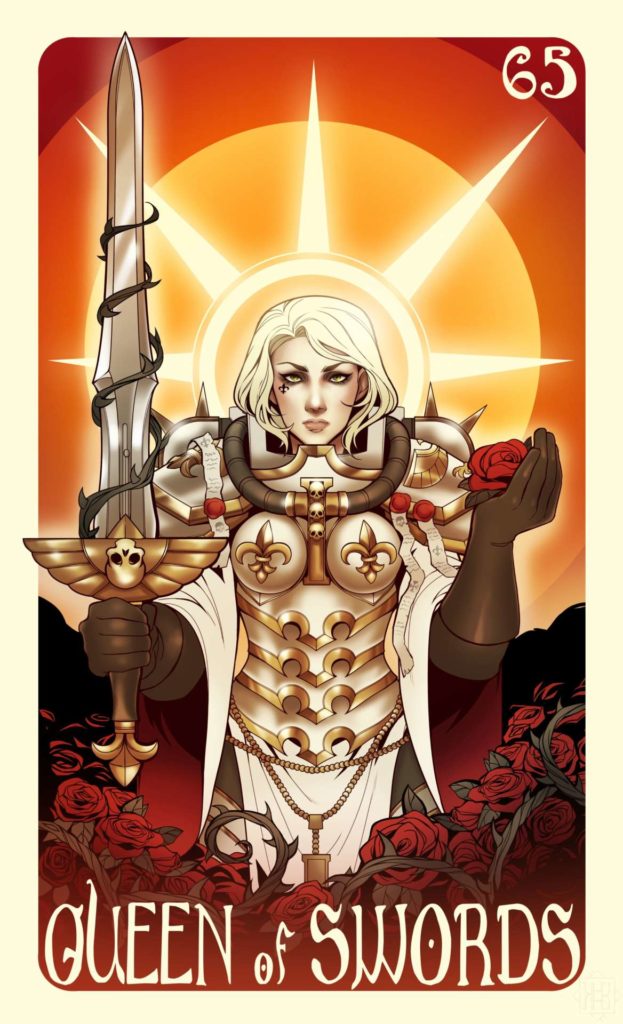 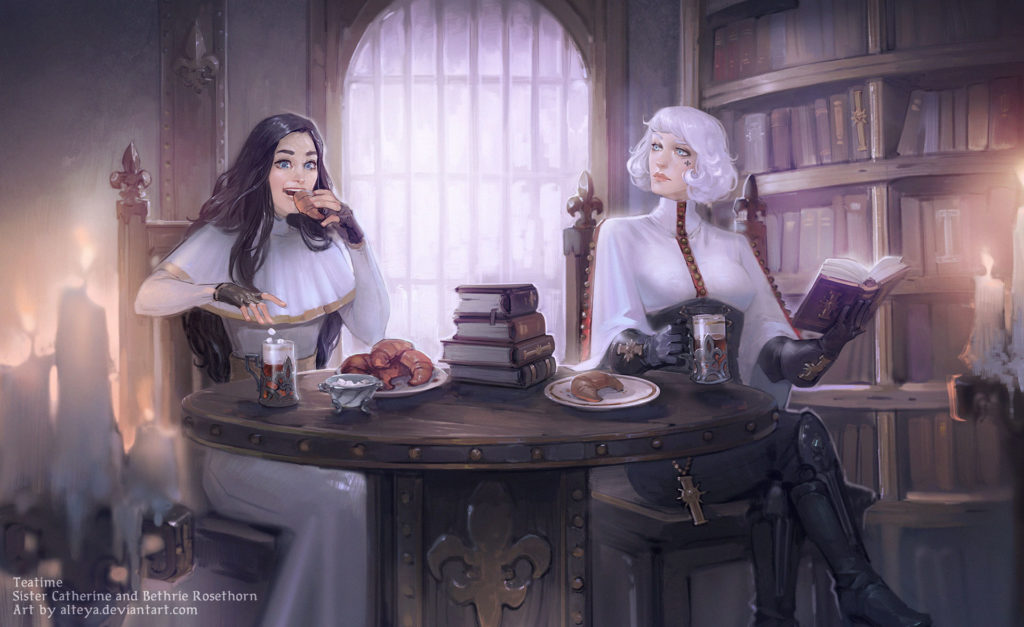 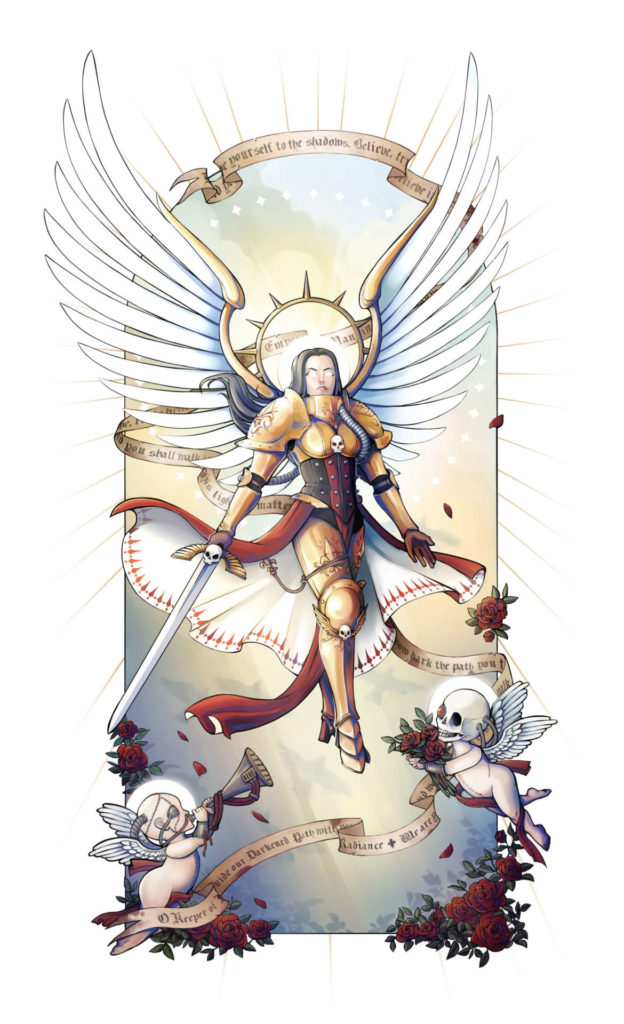 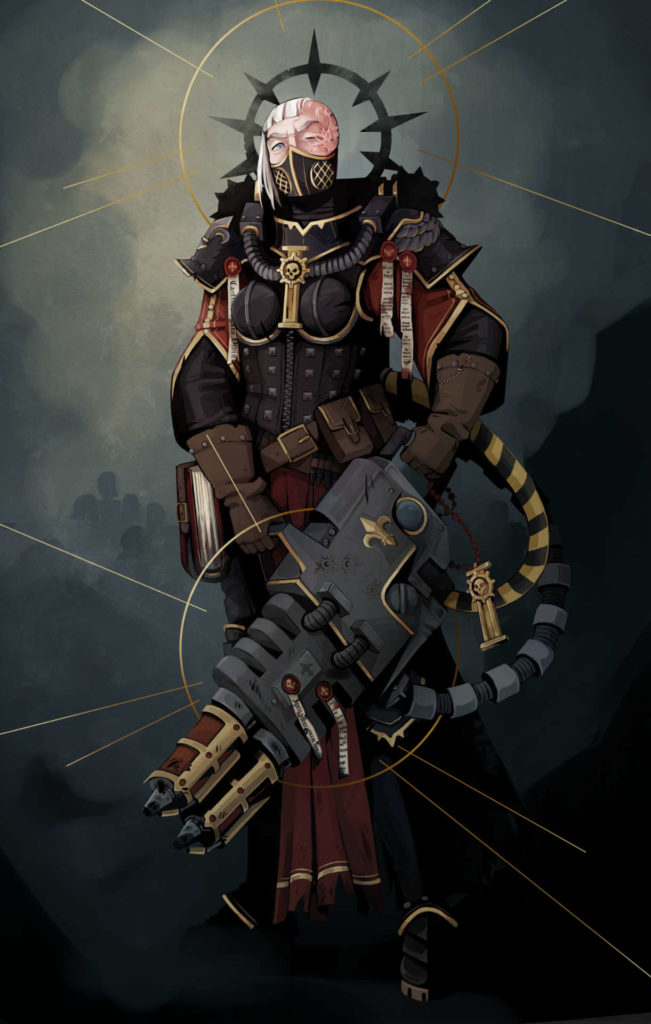 Fanart Illustration - Sister of Battle Fanart illustration of a sister of battle from the Warhammer 40k universe, wearing the colors of the Order... 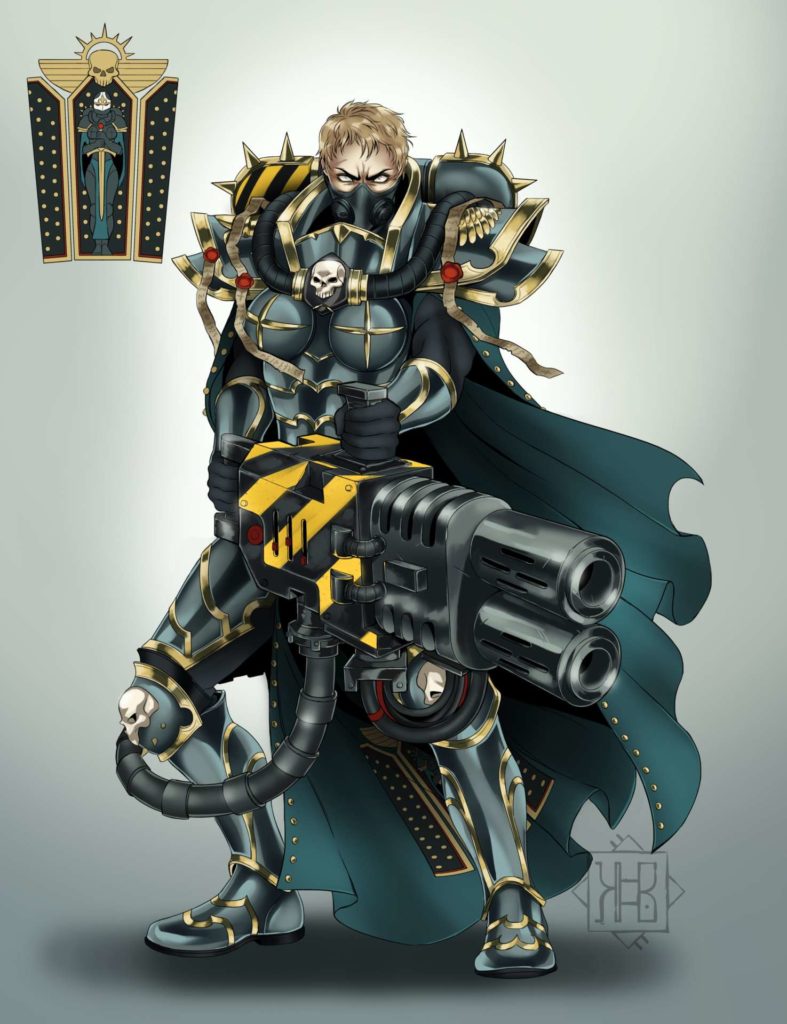 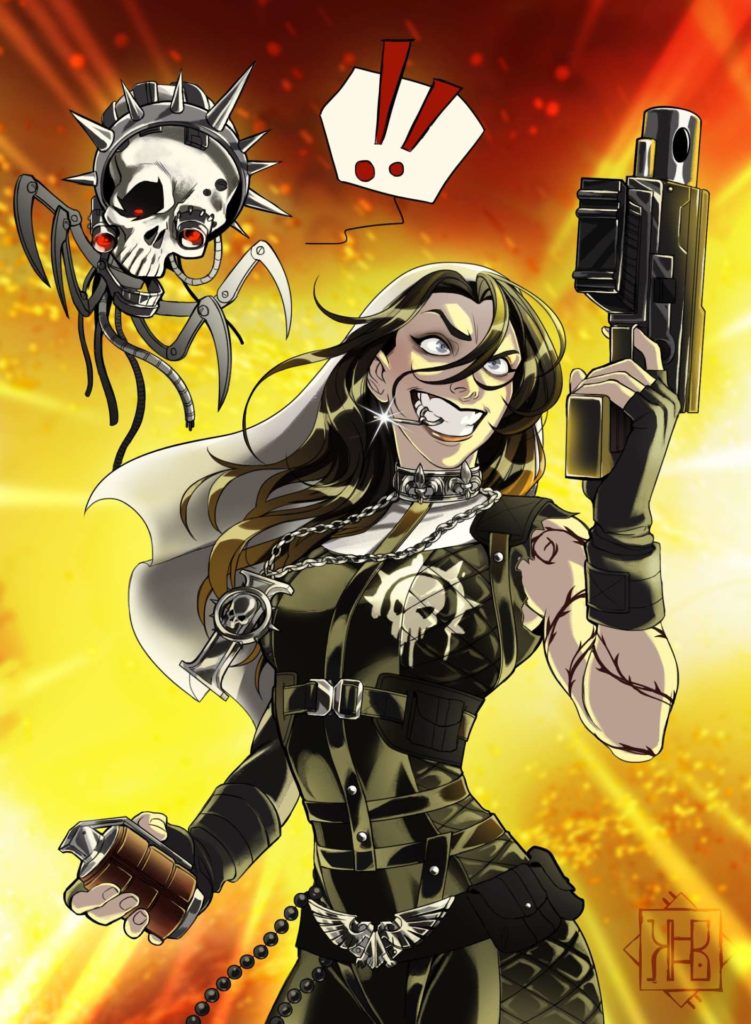 Happy birthday @LivesNine9!! @Seraph_Cath commissioned me to make this explosive, fun piece of the lovely Bethrie <3 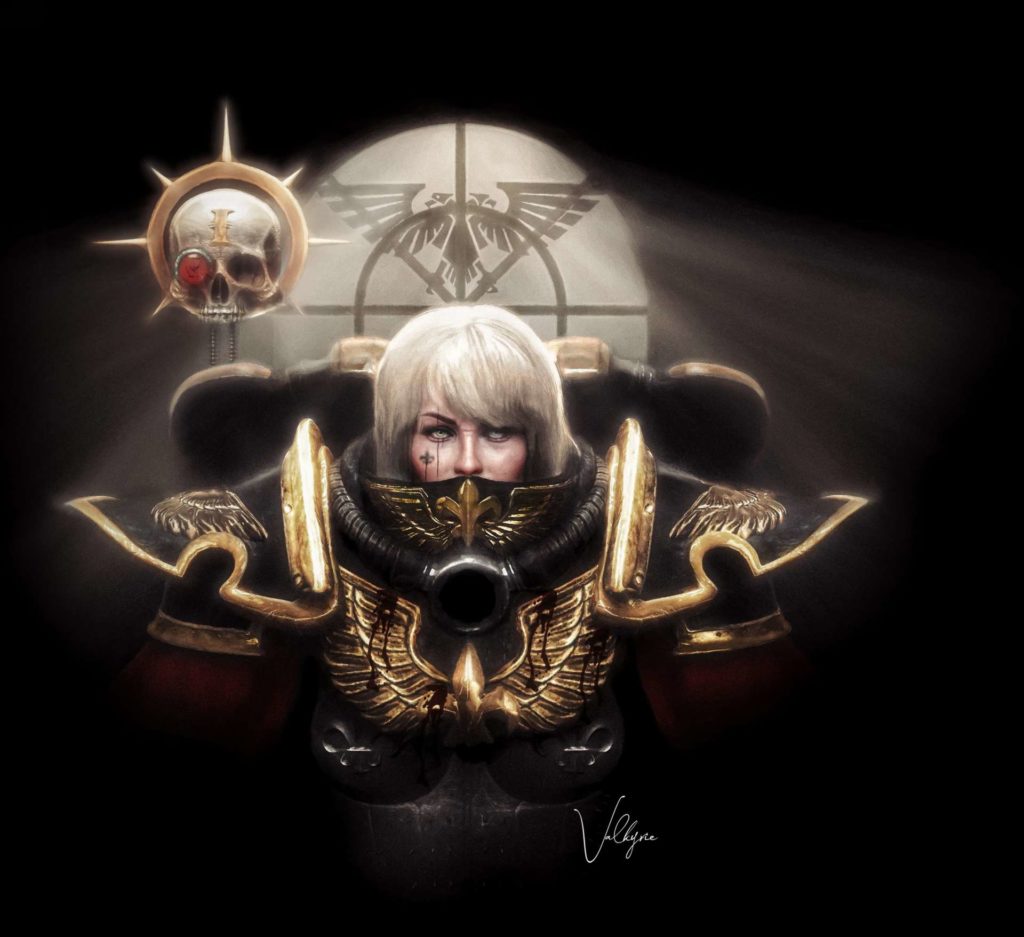 "Adepta Sororitas" A Warhammer 40k painting. I recently took a much needed break from painting but I'm proud of this one considering I'm still... 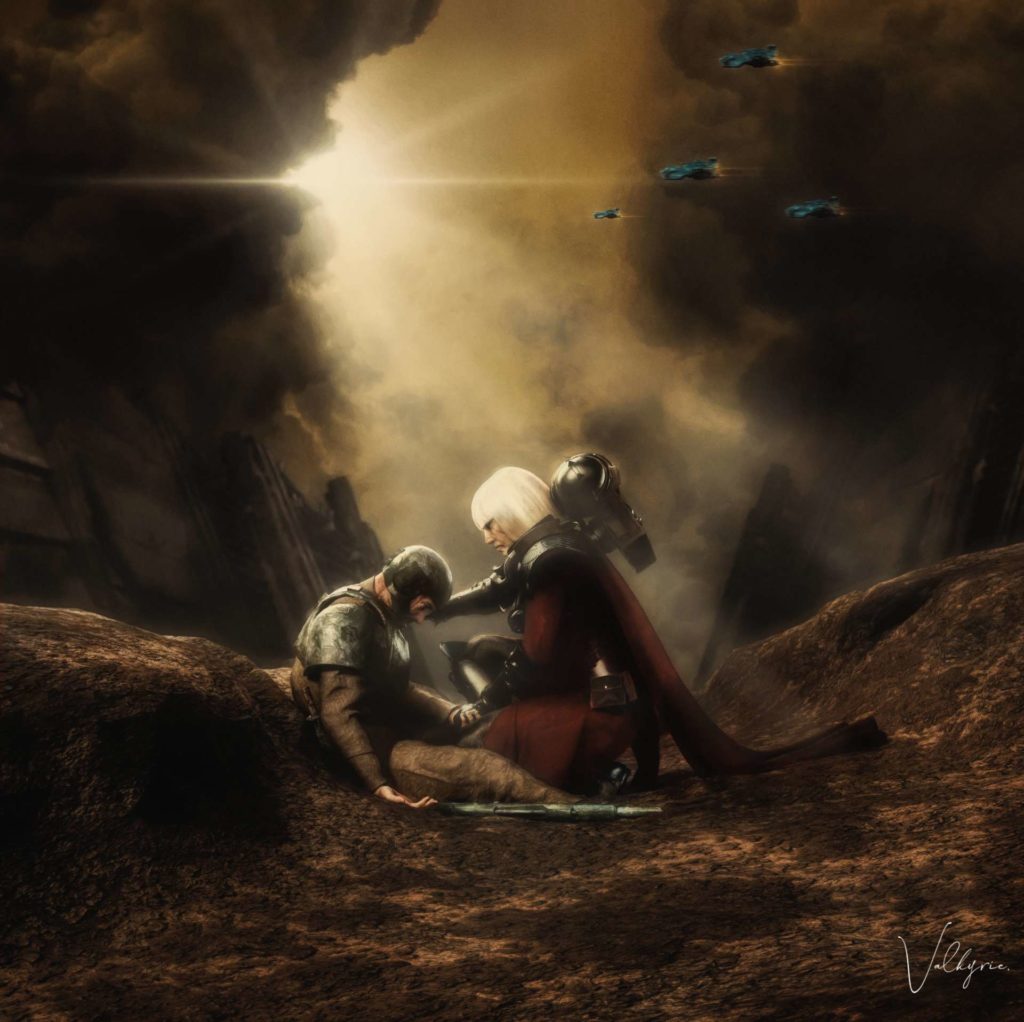 Finished painting of Adepta Sororitas with an Imperial Guardsman from "It is our duty to honor the martyr, attend the fallen, defend the... 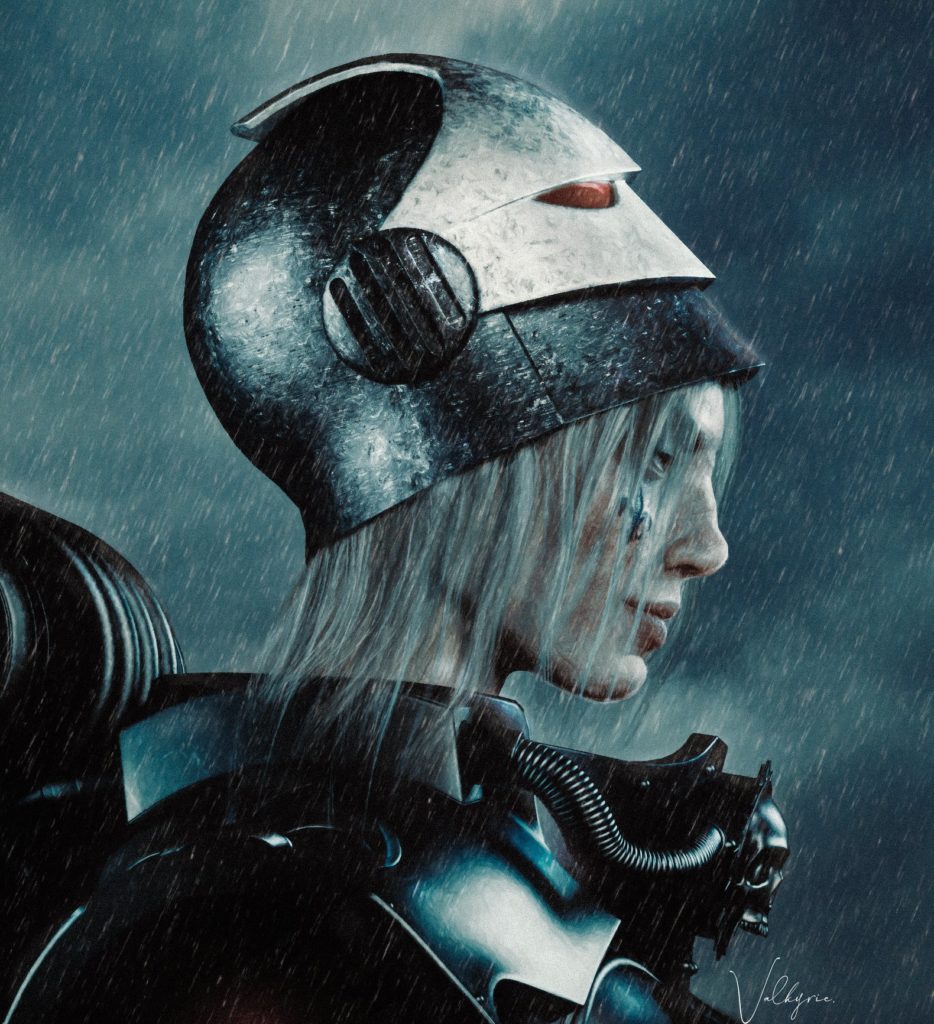 'Sister Valkyranna' A painting of my soon to be first DnD character with the origins and background of Adepta Sororitas from Warhammer 40K. 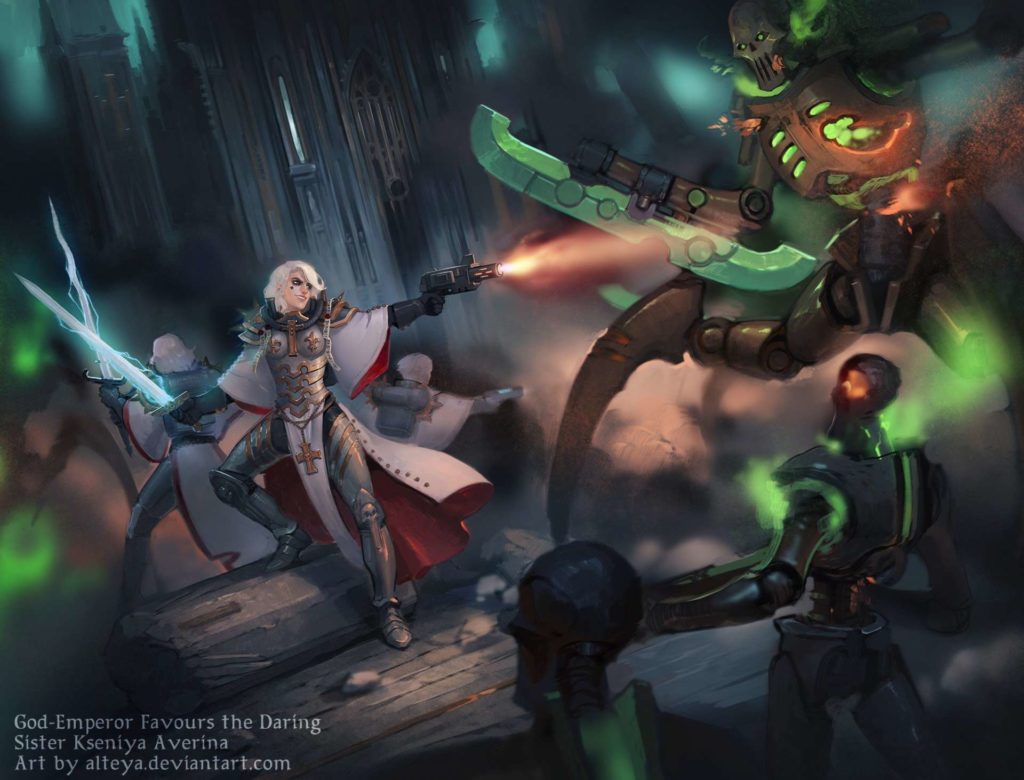 1k is criminally low for your skill, here's hoping for way more in the near future I'll drop Sister Kseniya in here as well. You were the first... 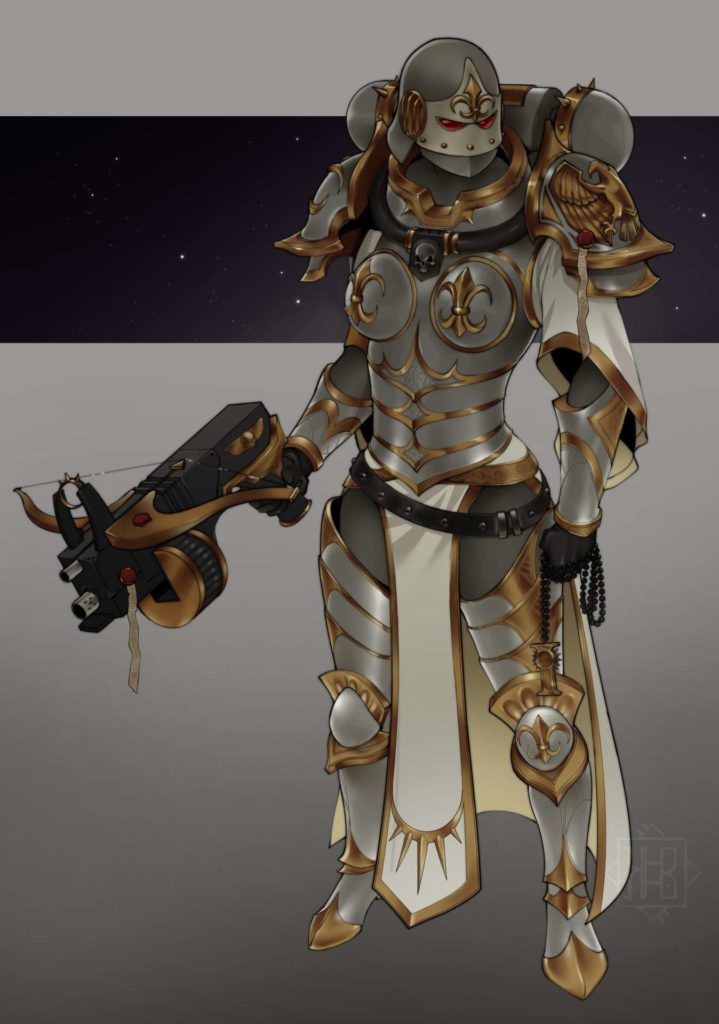 commission for @bae_medusa starring Sister Camilla Venniael, Celestian of the Order of the Iron Veil (default and no-helmet... 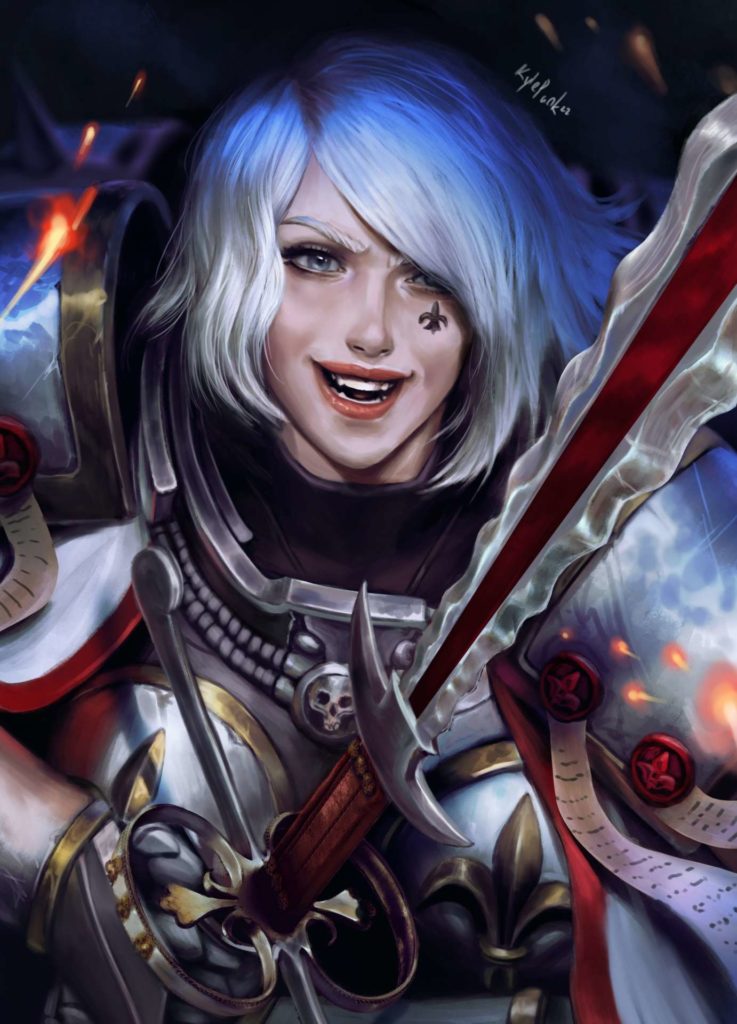 Congrats again to the portrait raffle winner! @Seraph_Cath This is Sister Catherine Vael of the Order of the Argent Shroud from the 40K Warhammer... 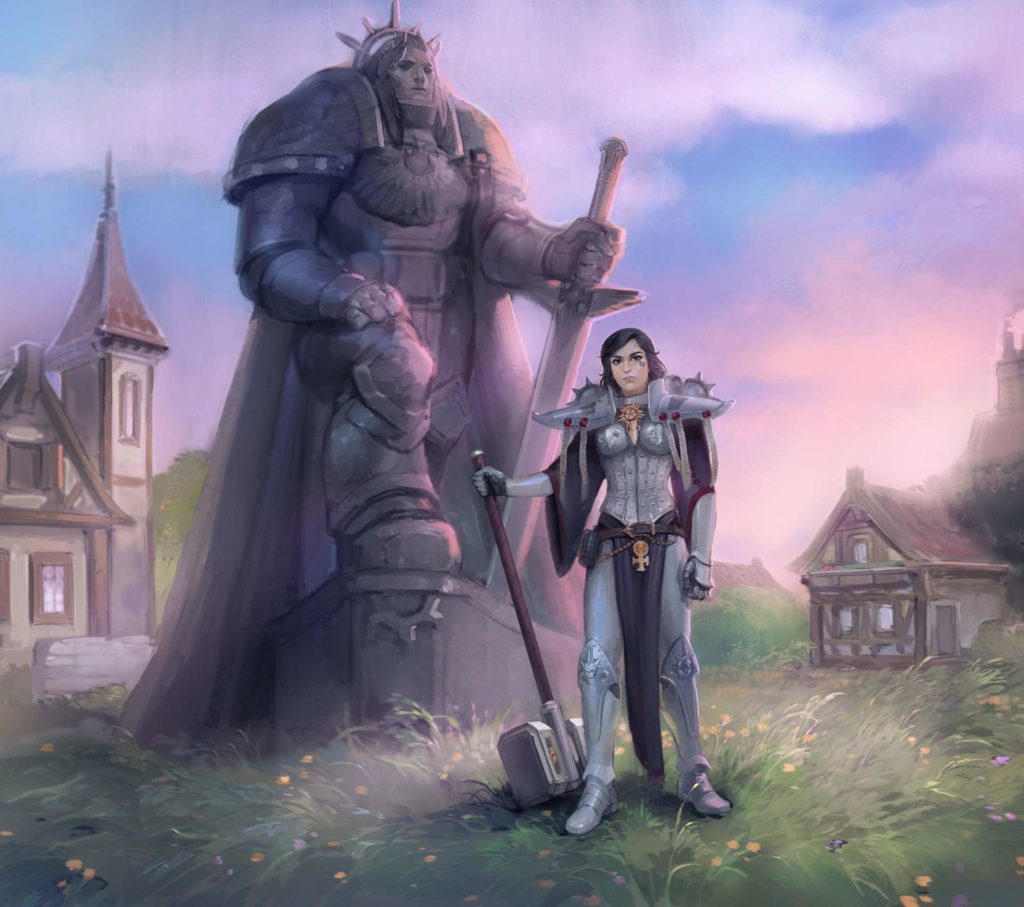 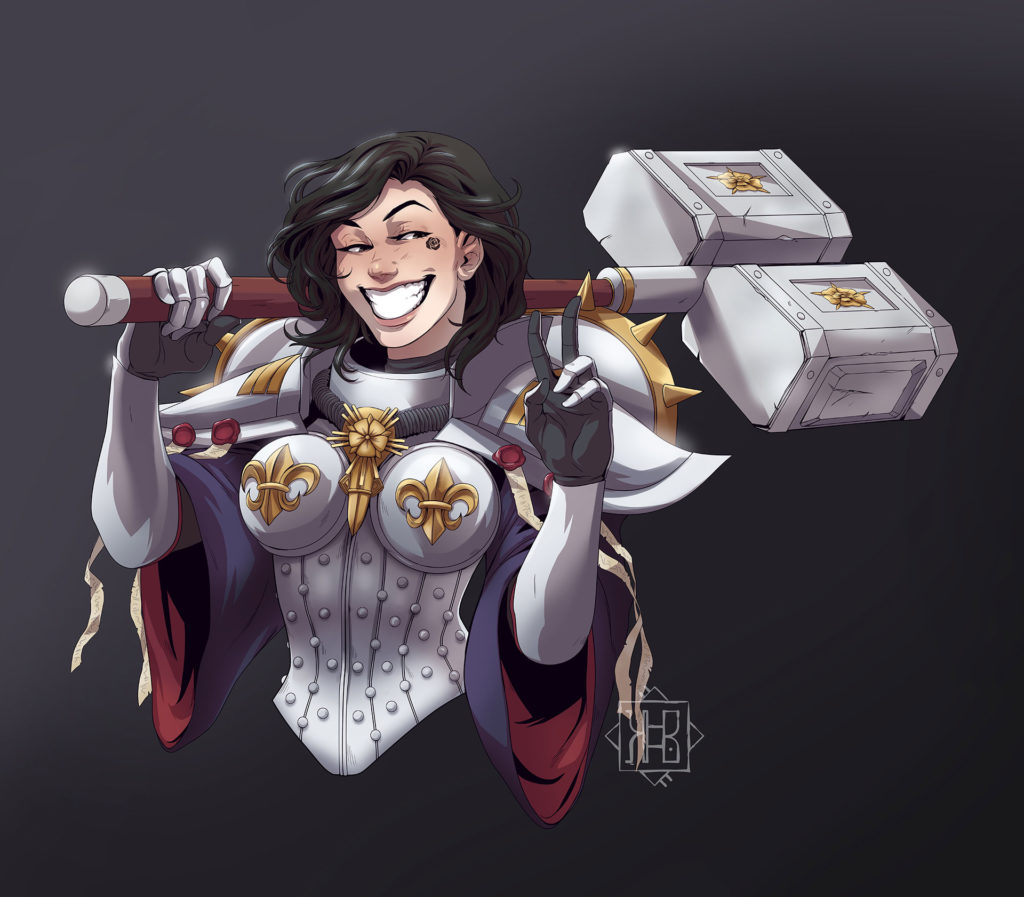 Sister of Battle Commission for a returning customer, their SoB characters are really fun to draw 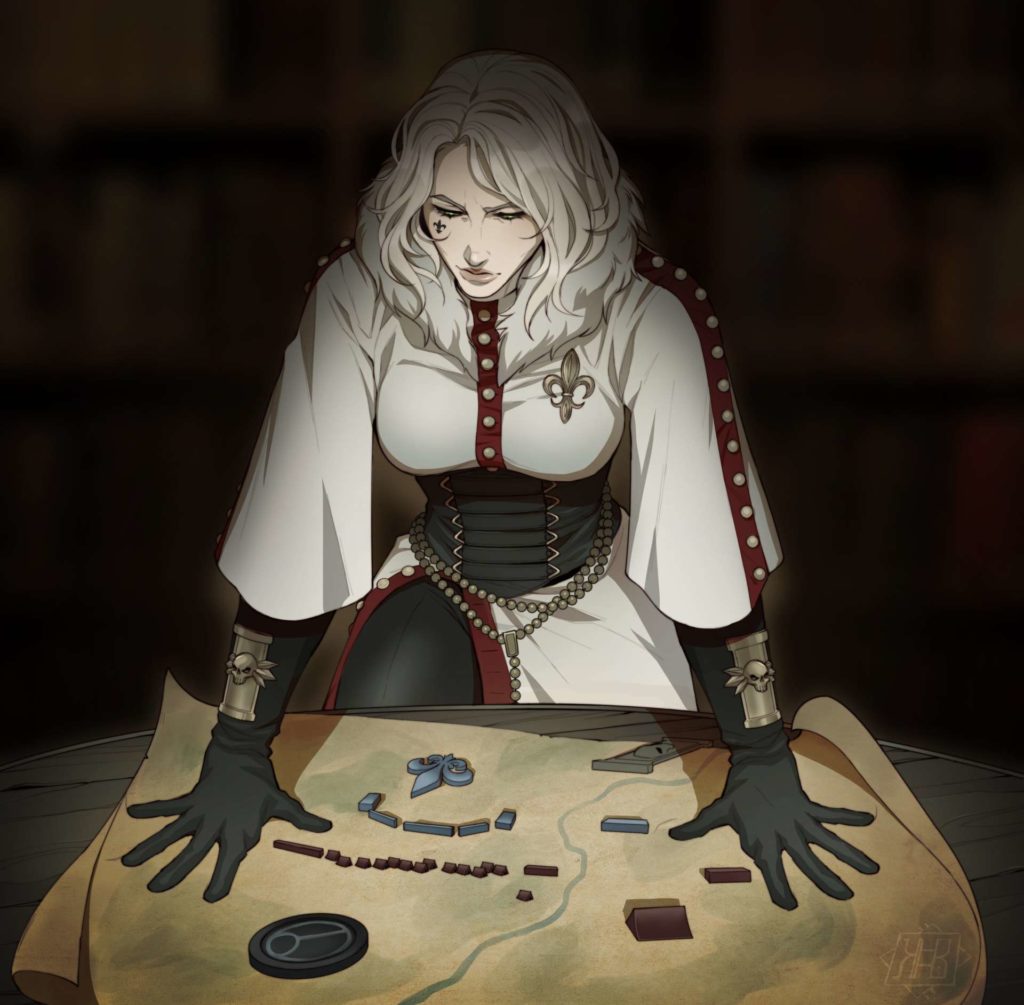 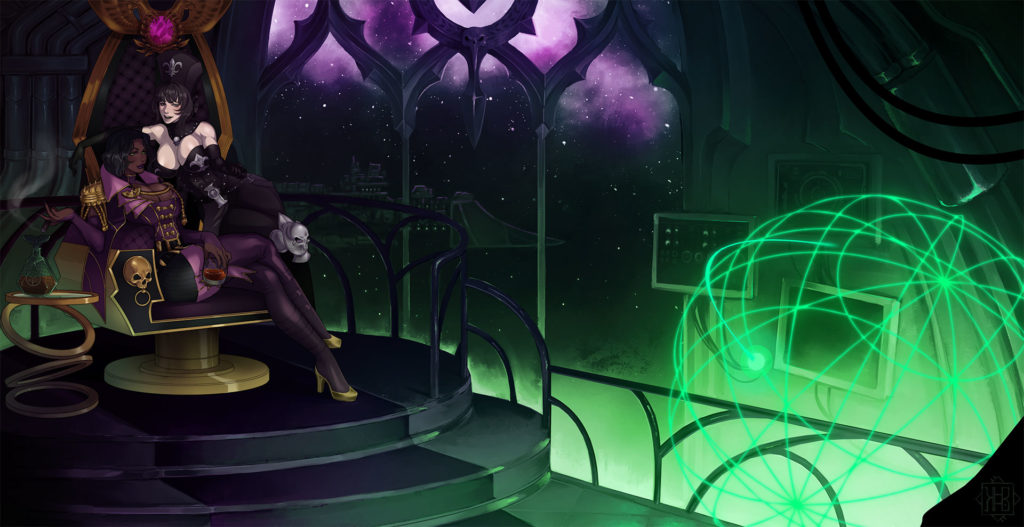