The Space Marines or Adeptus Astartes are foremost amongst the defenders of Humanity, the greatest of the Emperor of Mankind’s warriors. They are barely Human at all, but superhuman; having been made superior in all respects to a normal man by a harsh regime of genetic modification, psycho-conditioning and rigorous training. Space Marines are untouched by plague or any natural disease and can suffer wounds that would kill a lesser being several times over, and live to fight again. Clad in ancient power armour and wielding the most potent weapons known to man, the Space Marines are terrifying foes and their devotion to the Emperor and the Imperium of Man is unyielding. They are the God-Emperor’s Angels of Death, and they know no fear. 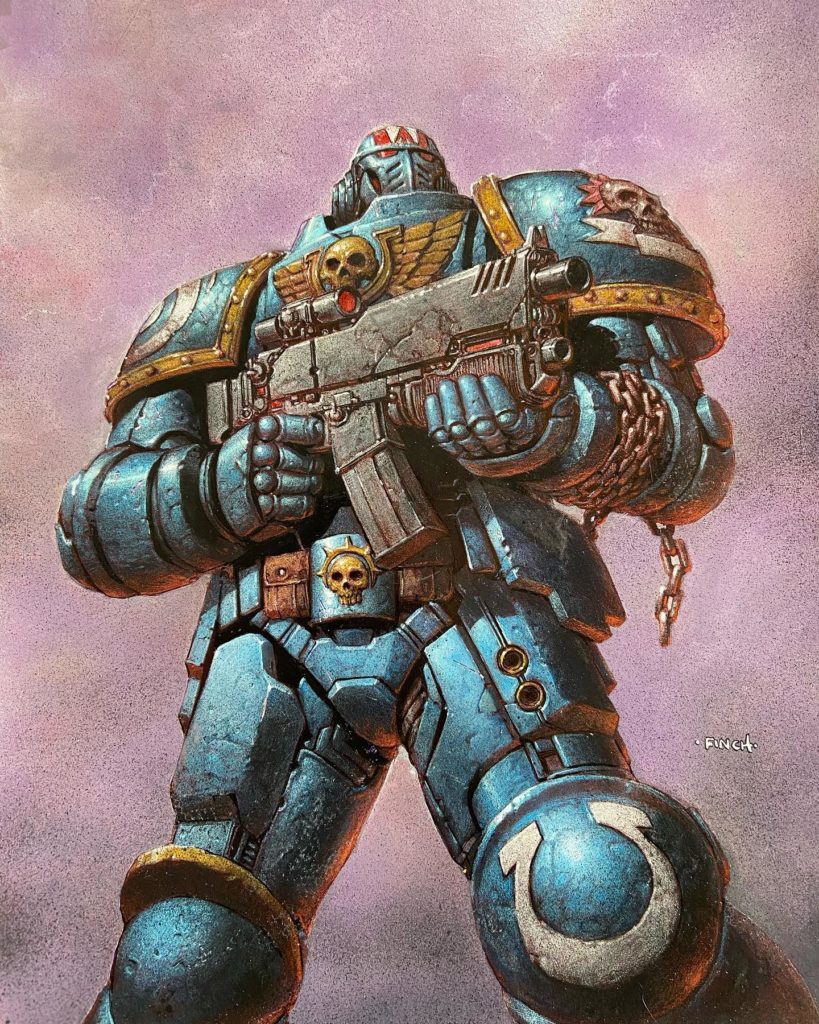 Warhammer painting from a drawing on stream a while ago. I’m kind of behind in posting… 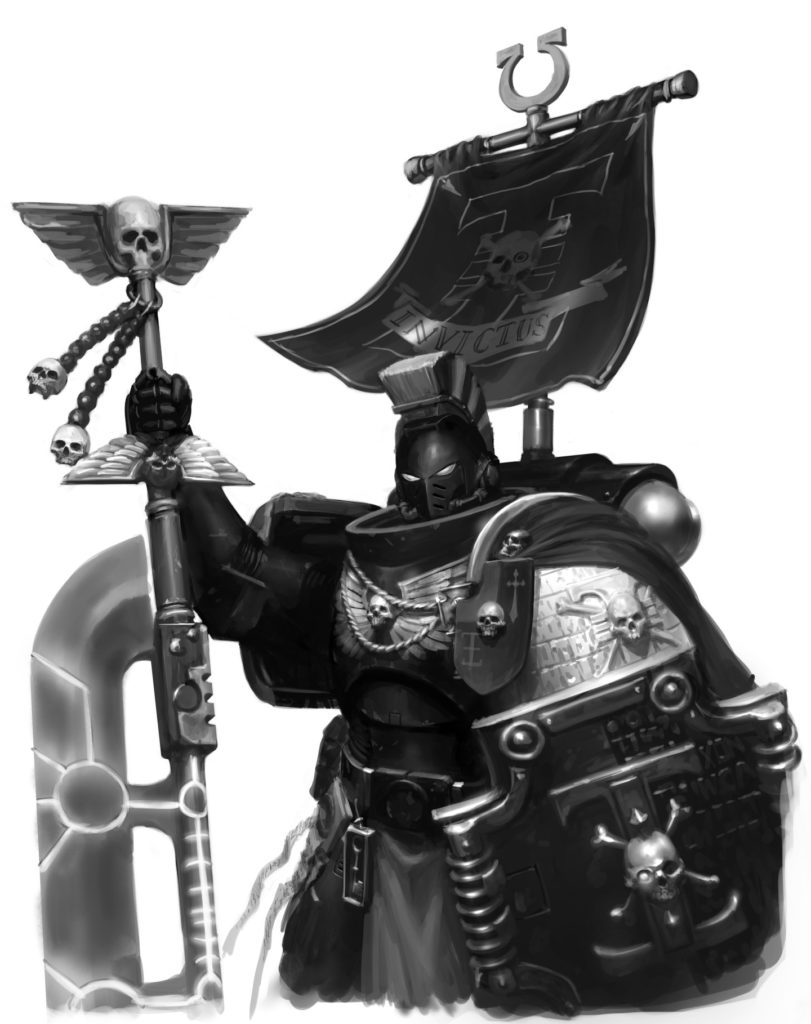 deathwatch marine monochrome commissioned by @arnheggers and model done by... 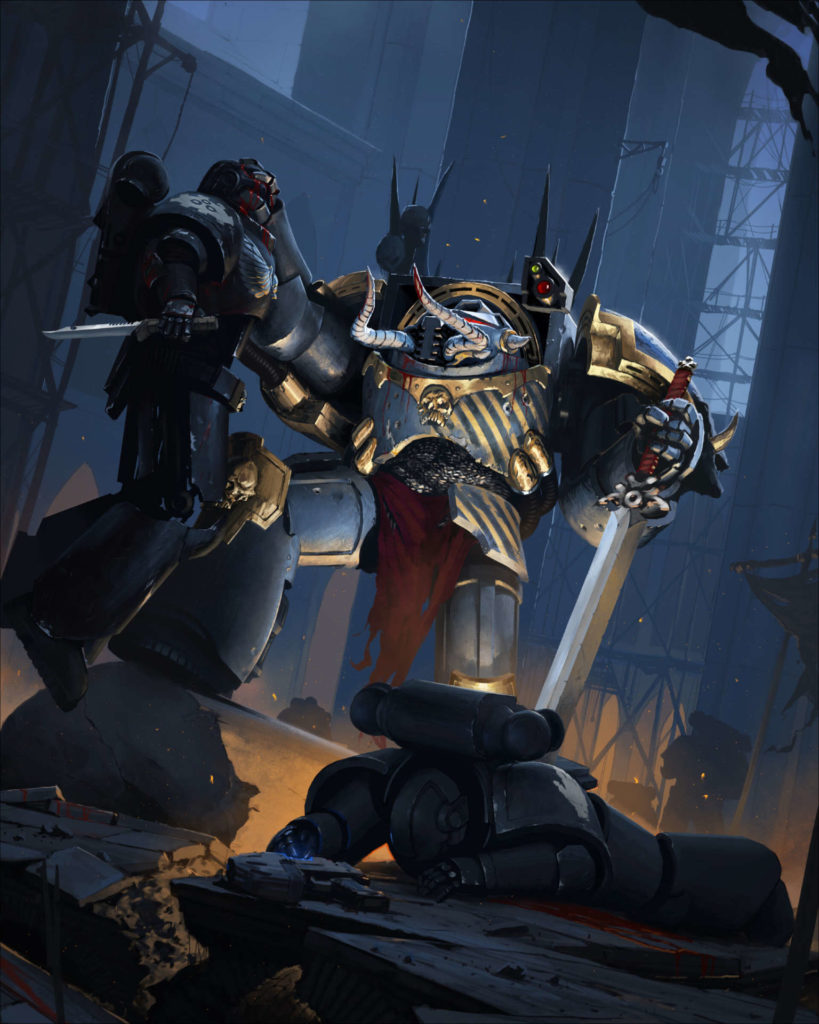 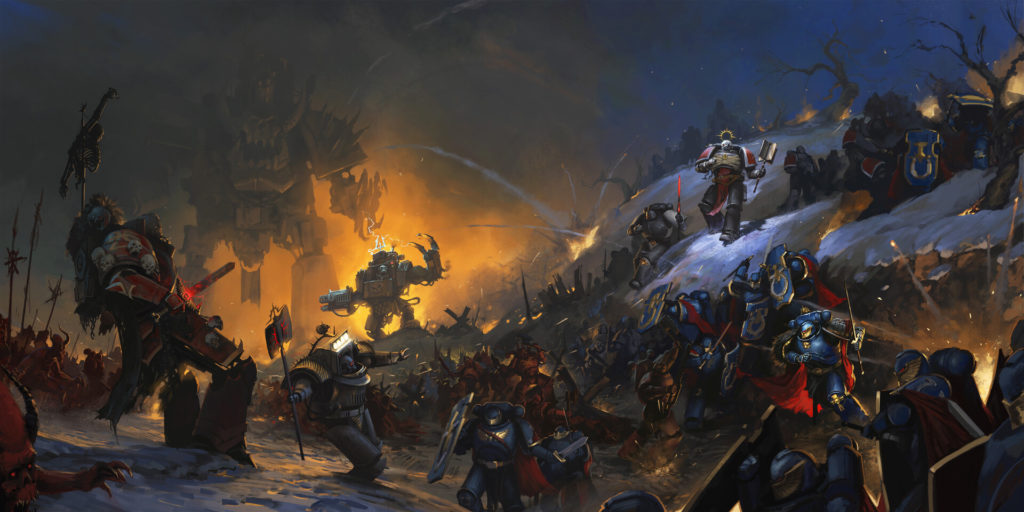 That damned Ork! Hi everyone! Happy New 2023! Today Im happy to show you my new artwork that was made with association with @ascalon40k. Thank... 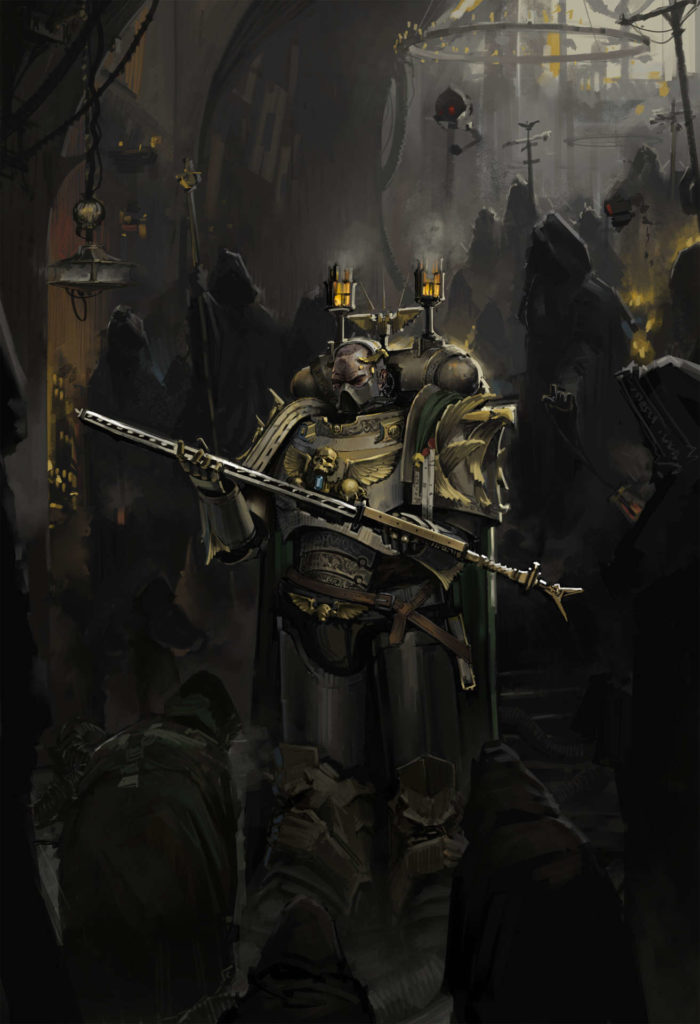 This is an unknown chapter captain. Somebody tell it's a White Templar chapter hero in the secret ceremony of armor sanctification, but who... 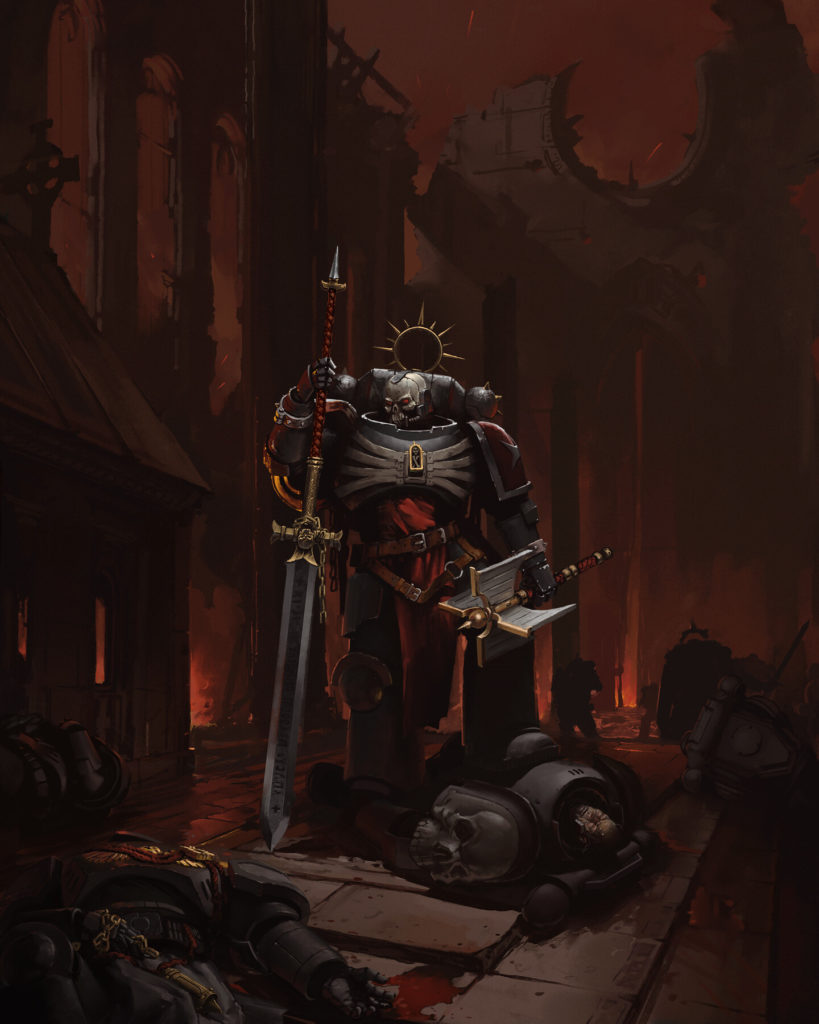 Coronation of a Champion

Coronation of a Champion 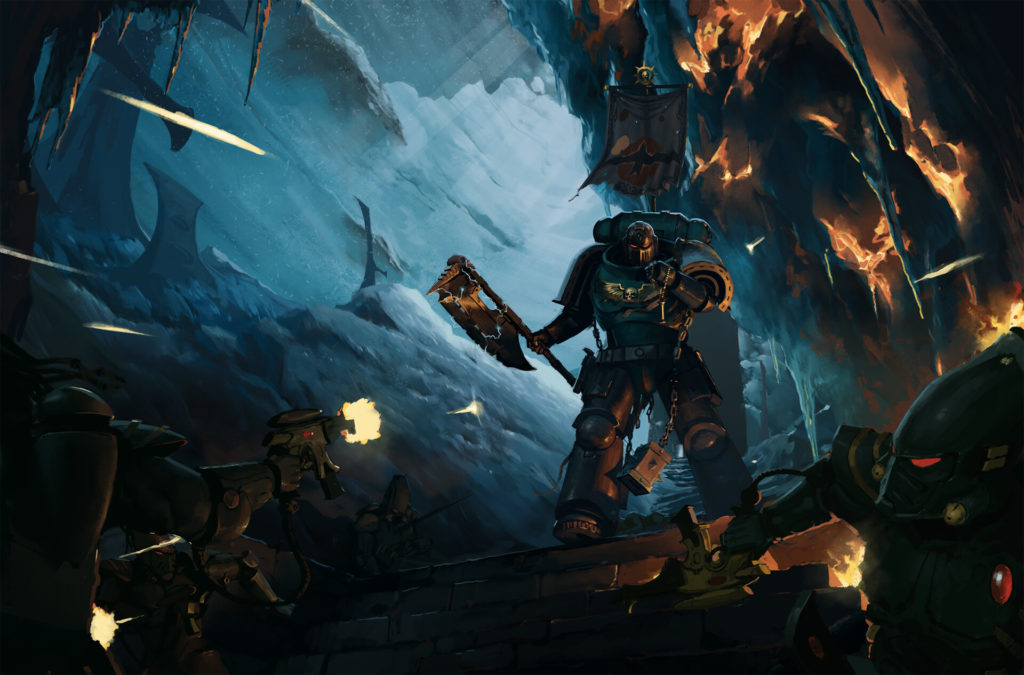 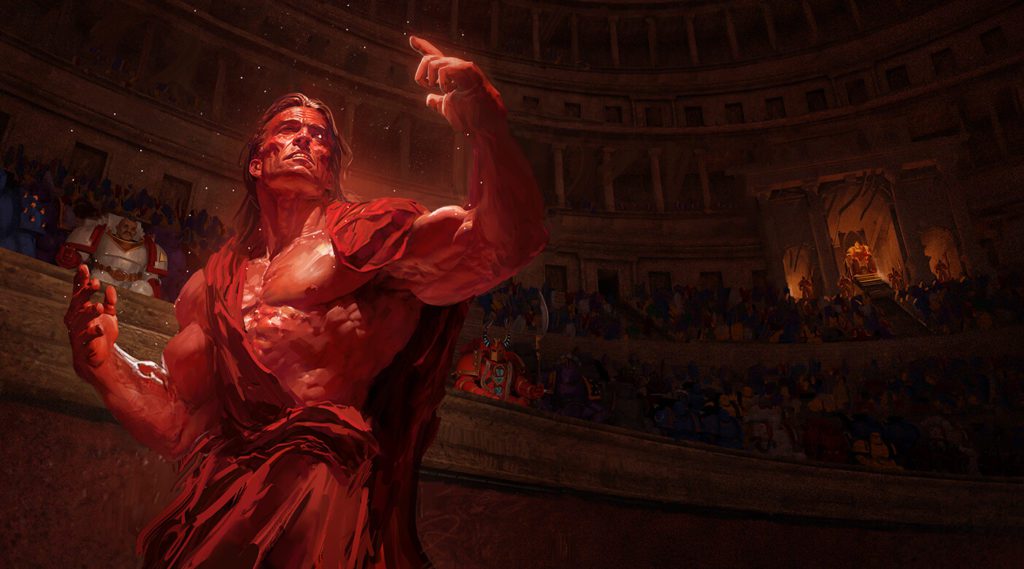 Council of Nikaea commission made for the next video of The amber king on magnus the red, go check it out!... 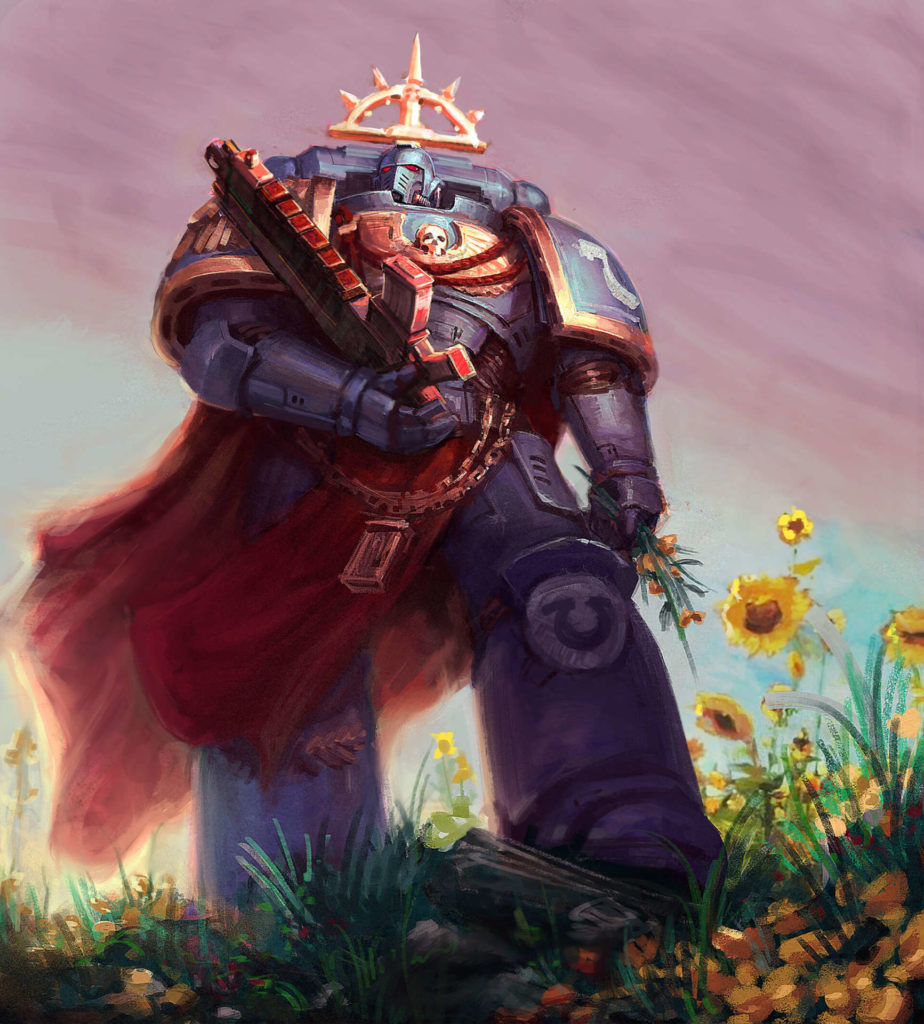 There Is Not Only War

There is not only war Personal artwork 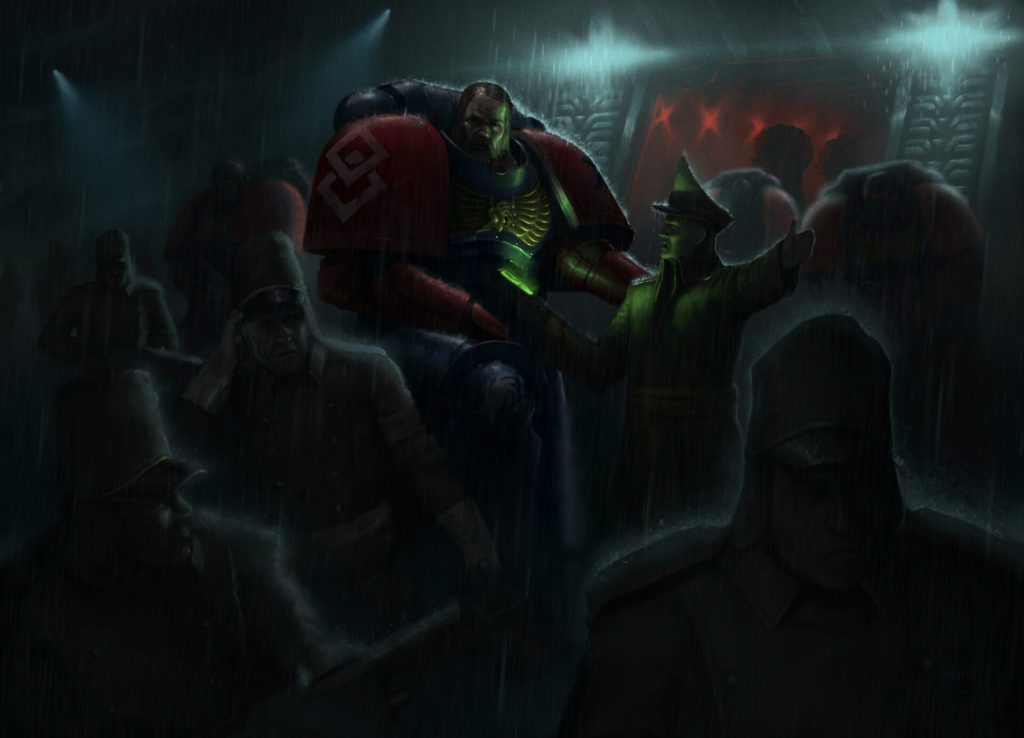 No Traces of the Vanished

No traces of the vanished The description of events being relayed to Captain Alric by the Commissar was unsettling to say the least. The mining... 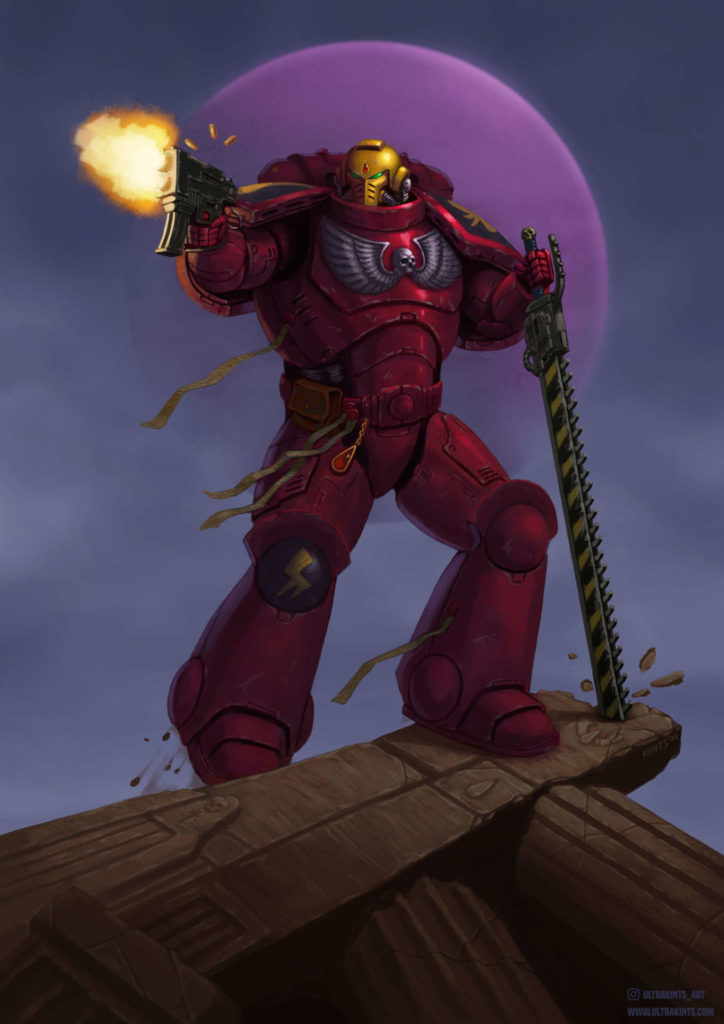 Dominus Cover Art made for a Warhammer 40k Fan Fic 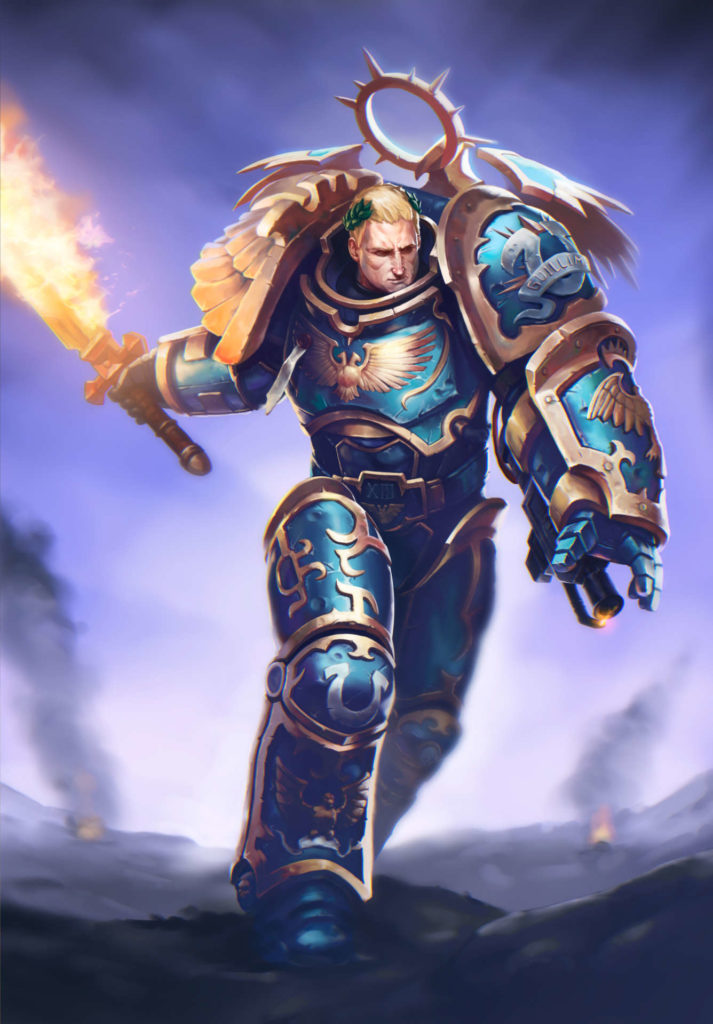 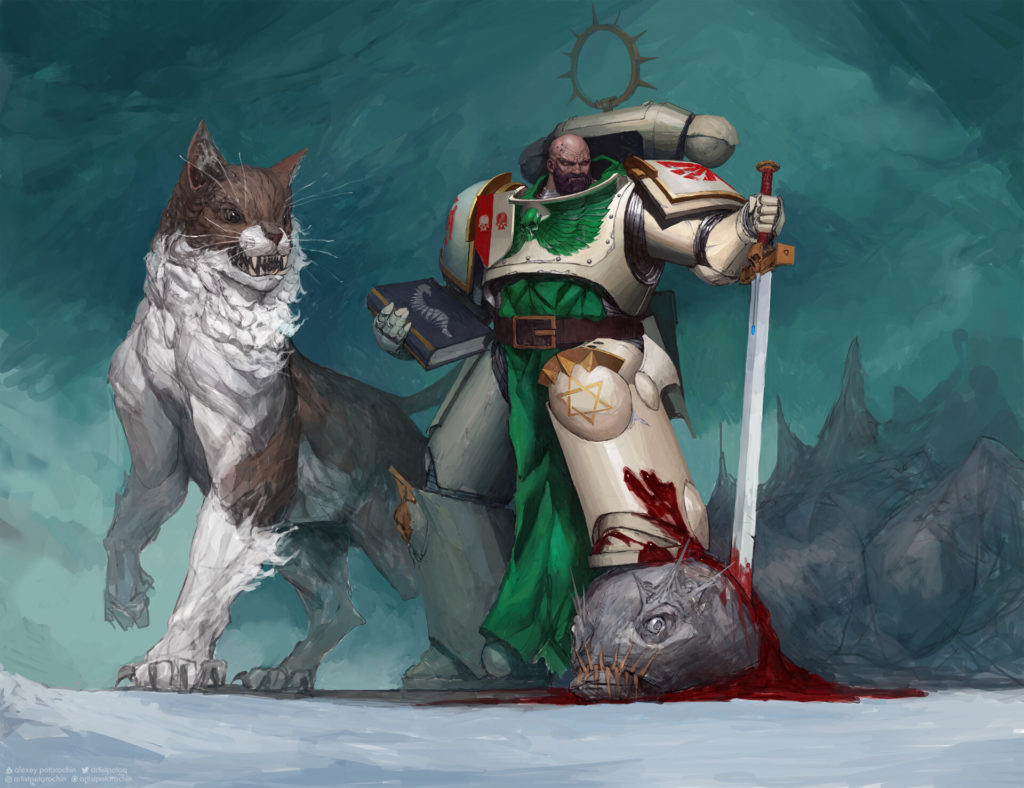 Cocosus, the beast of The Rock and a Deathwing Bladeguard Veteran 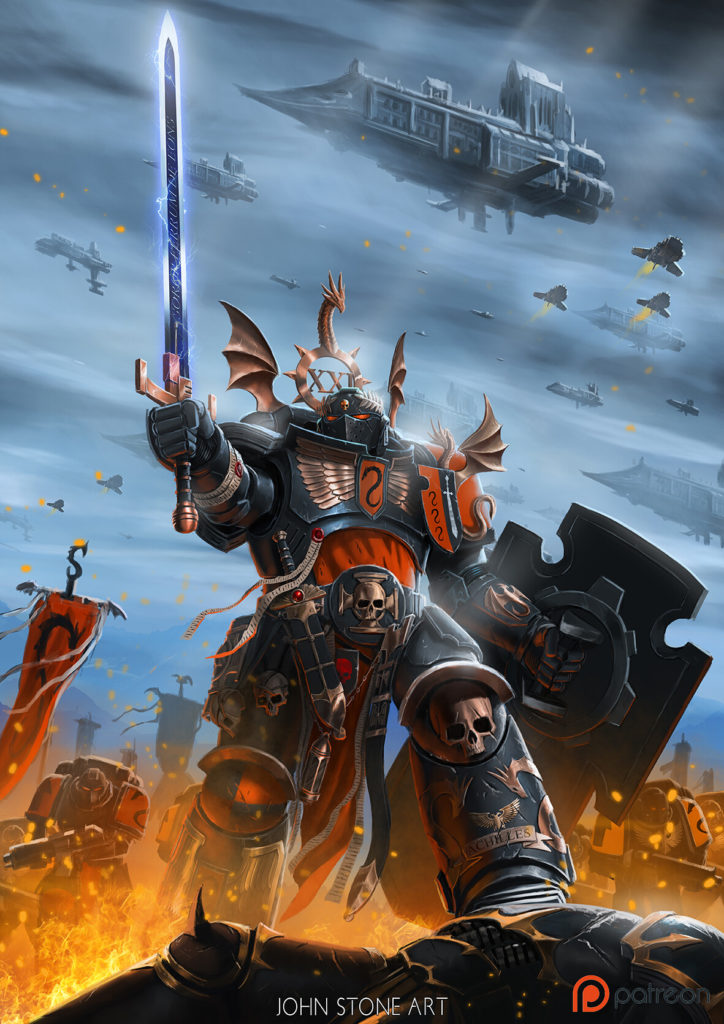 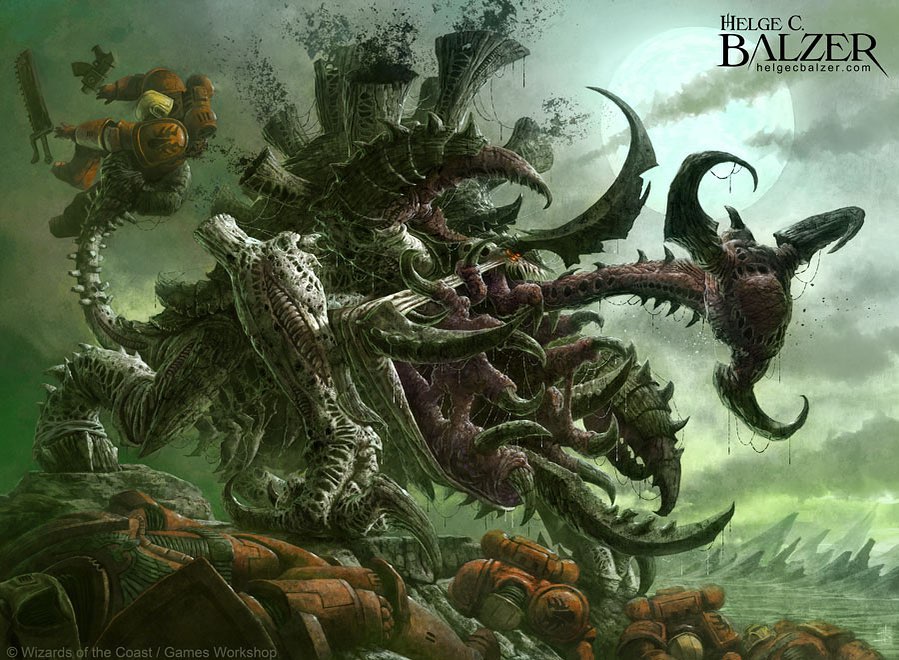 Haruspex Blood Angels = Tyranid Fodder … 😉 I painted this artwork for the fusion of Magic the Gathering by Wizards of the Coast and Warhammer... 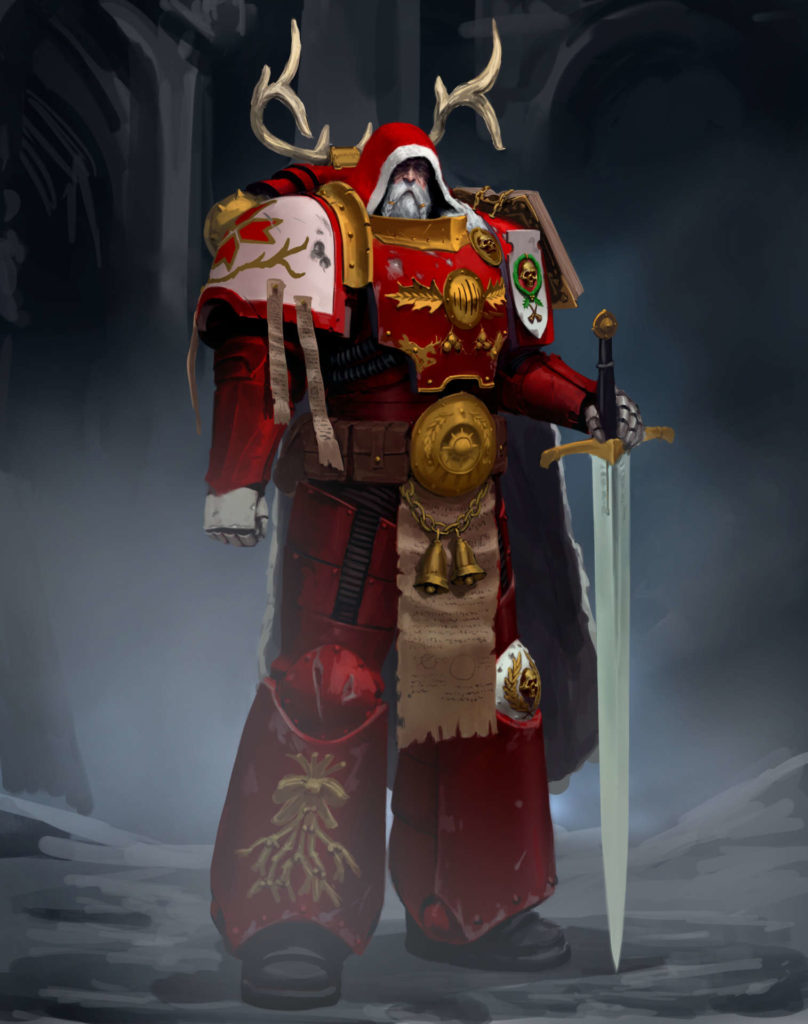 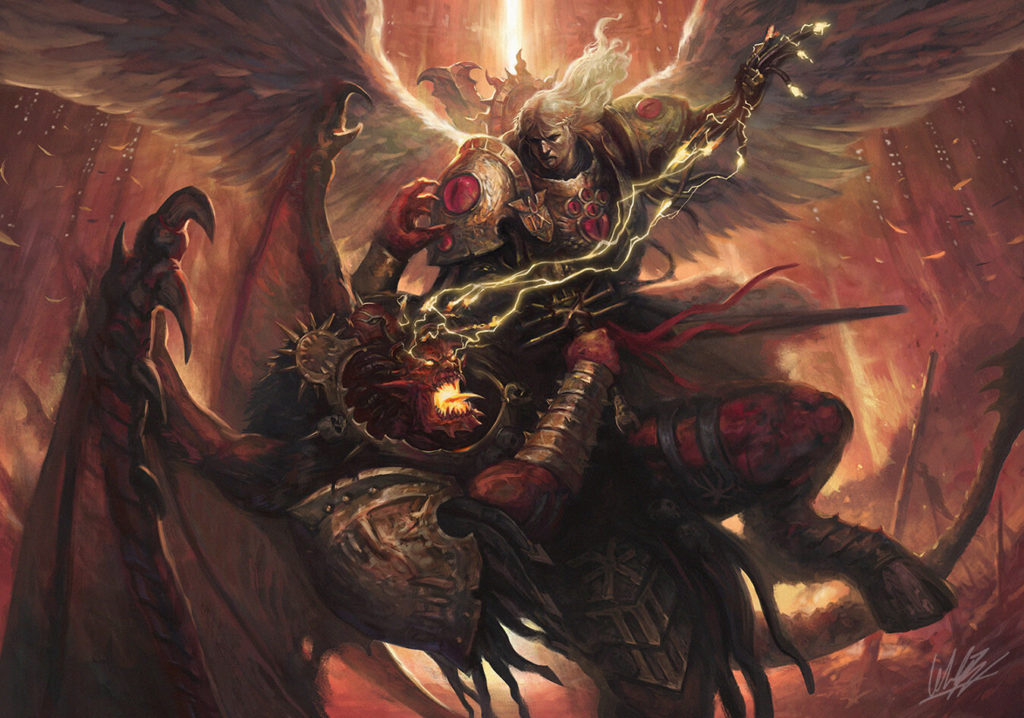 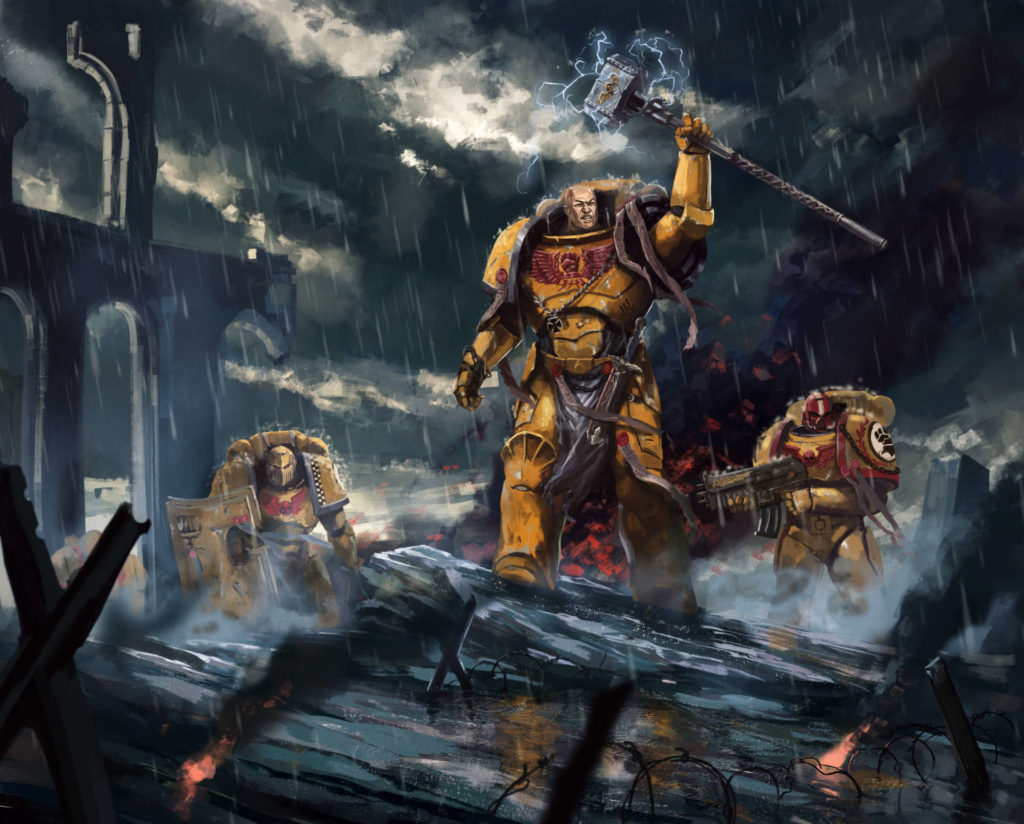 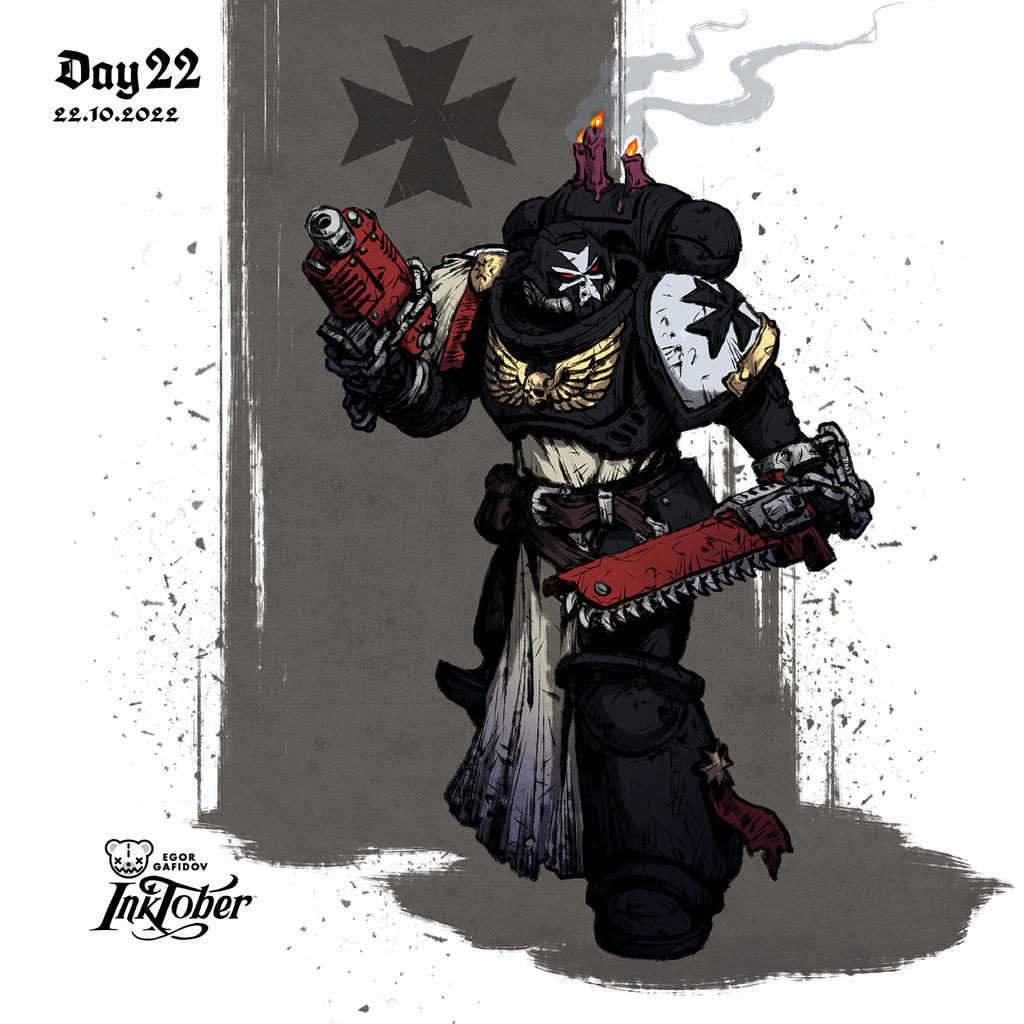 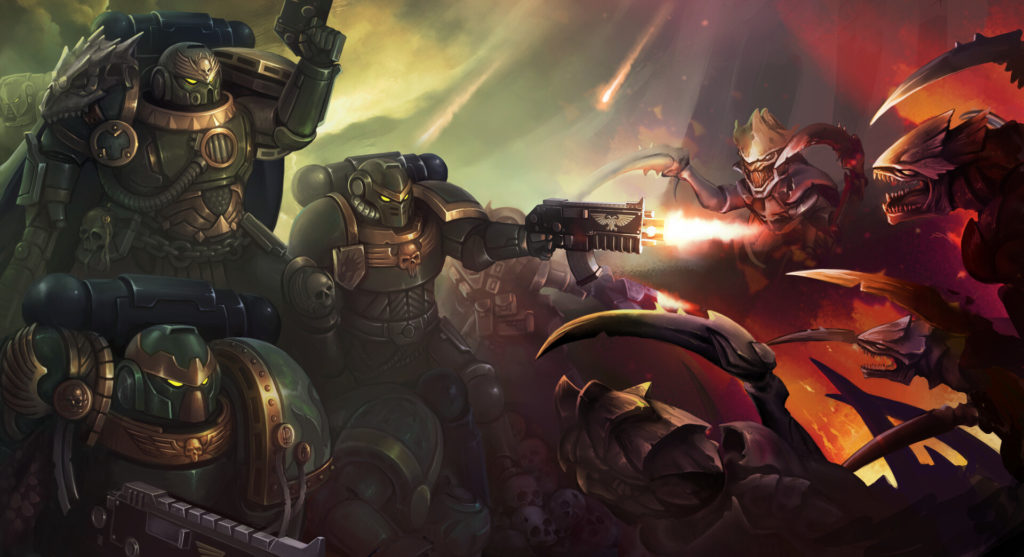