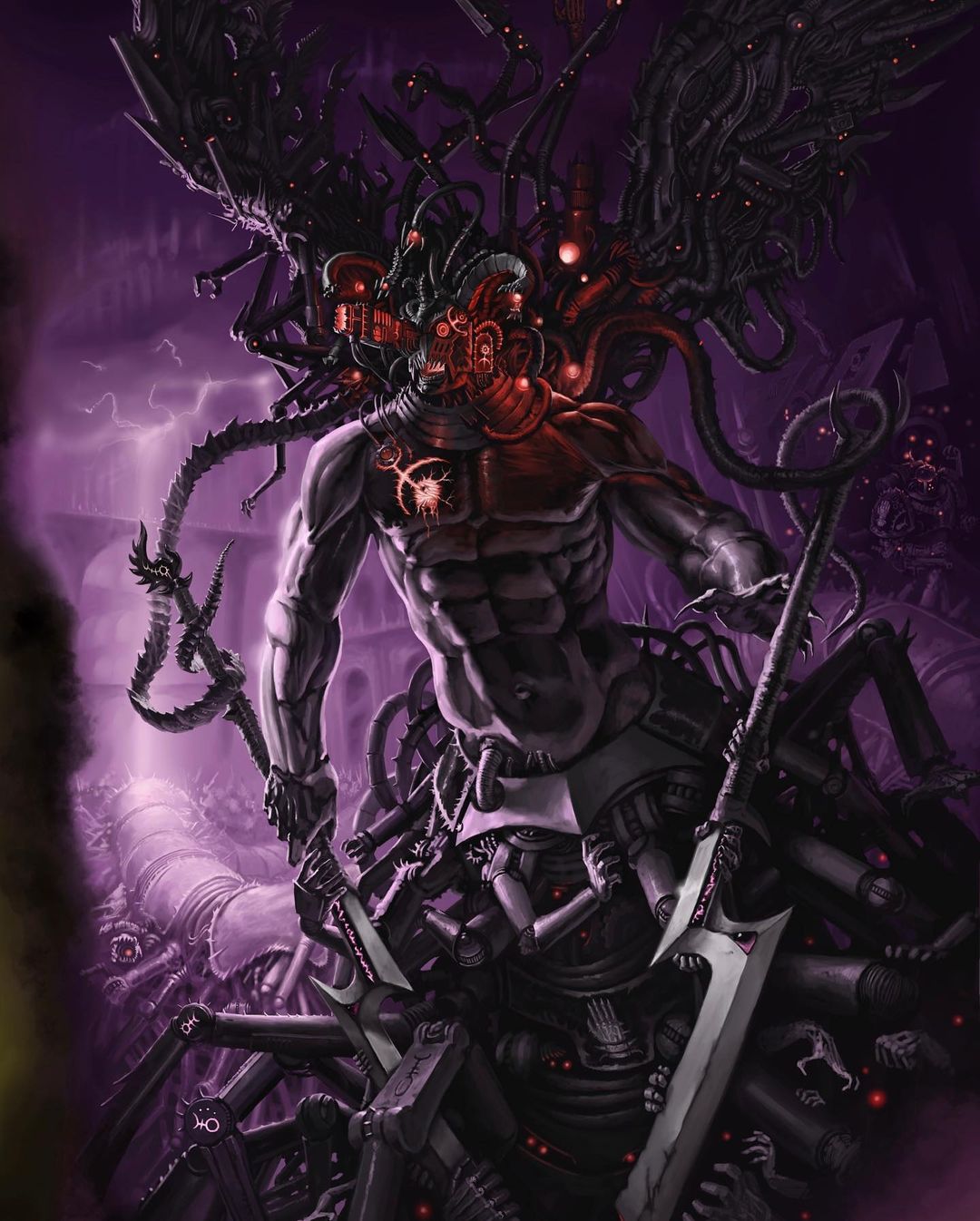 Ferrus Manus now sports the perfect metal body. No longer is mortal flesh found in the mighty body of the Gorgon, now called that more out his likeness with the ancient monster, and no weakness is indwelt in his impervious body which is equipped with a the Demon-Engine Blaster in his right eye and the deadly tentacle wings on his back made from the parts of his former armour, the Medusan Carapace, boasting even more killing functionality.

Same as his mechanization-obsessed Legion, Ferrus has reached an unparalleled level of modifications. His mechanical extensions, connected at the waist to the rest of his body, are shaped like a giant centipede. Thousands of loathsome metal hands support his giant torso like the twitching legs of an insect while also being a powerful weapon themselves as they effectively crush those enemies foolish enough to try approaching what they have erroneously thought as blind spots.

After his defeat by Peturabo in the Battle of Steel at Saturn, Ferrus buried himself on a Forge Planet inside the Eye of Terror and devoted all his thoughts and energy to the renovation of his body, never to be seen again for millenia. But at the Advent of the Phoenix during the 5th Black Crusade, eventually the terrifying daemon showed movement. As soon as Black Crusade forces retreated, a powerful fleet of Iron Hands launched an offensive into Cadia. Fabius Bile and half of the Emperor’s Children forces were killed during the conflict, while Fulgrim met Ferrus in the battlefield at last which ended with both being slayed by the other. But their souls were subordinated to the Emperor and Slaanesh, and so the two Primarchs soon resurrected and began to seek each other again. After the recent opening of the Cicatrix Maledictum, Ferrus has appeared near Chemos and is carrying out a massacre to bring out his old rival.