A Gargoyle (Gaunti avius), also sometimes called a “Hellbat,” is a vicious winged Tyranid bioform that is often the first species of Tyranid seen in battle. Their prime purpose seems to be seeking out the enemy and sowing terror and confusion amongst them. Thus, fire and the flap of the Gargoyles’ membranous wings precede the Tyranid hordes, driving the enemy out into the open to be absorbed by the swarm, spitting death from their Fleshborers.

Warhammer battle scene. Space Marines fighting the Tyranids on a distant icy planet. Made for a Warhammer 40k club who wanted their units colors... 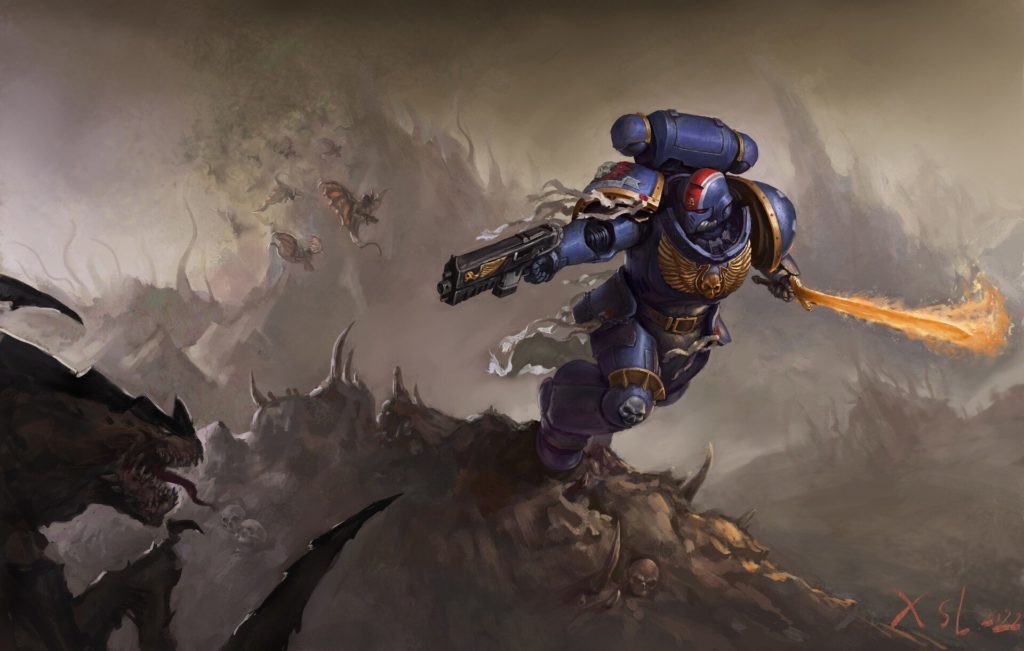 This is a fan creation about Warhammer 400000 Ultra Warriors breakout, I hope you like it

Workflow experiment aimed at making my images have that 'painterly' feel. Not quite where I want it in terms of process but still fun to do.

This is an original piece I commissioned of a friend's Terminator Captain, by Mikhail Savier

Warhammer 40k Splash AD: Anthony Carriero Over a year ago I was honoured to be brought on and play a small role with the team @ Blacklab Games. I...

Today, I share with you a new cover I've done for Black Library, The Last hunt. I enjoyed a lot, painting a spacemarine fighting on a sunny day...