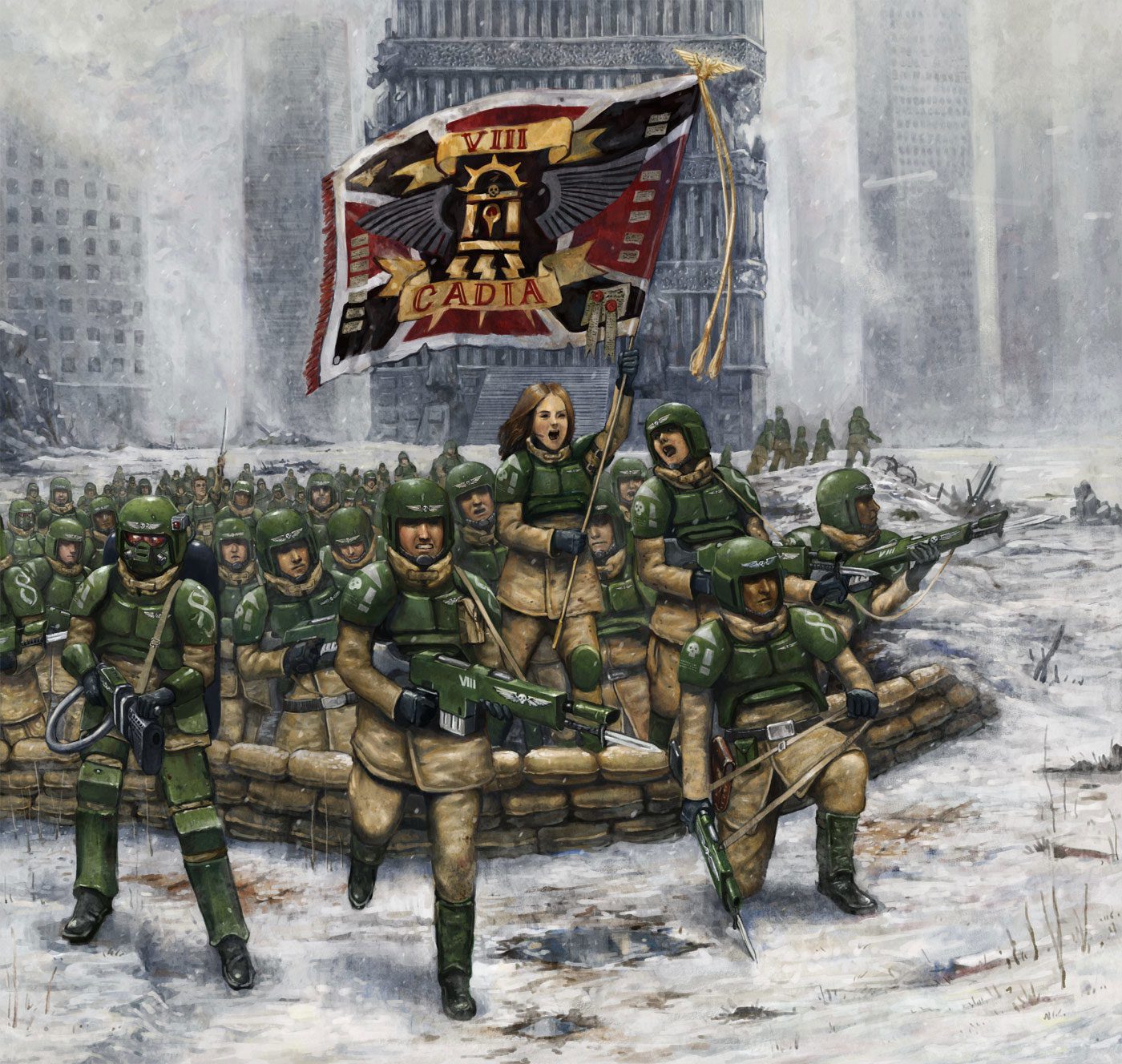 I’ve wanted to paint such concept as a fan of the Imperial Guard which is one of camp of Warhammer 40,000. Actually this painting is attempted to painting second time because first one is lost by crushing PSD file. I felt a bit shorked becuase the painting was almost done and worked for 10 days though i worked it very casual. I like the design of regiment flag so the flag is placed in middle. every process had been done by Photoshop PS2