Bounty Hunters are Imperial or Xenos citizens who are licensed by their worlds to capture or kill fugitives, criminals and creatures for a bounty. Some Imperial worlds are known to even allow Mutants, Abhumans and Xenos to serve as Bounty Hunters as well. On Necromunda, they are amongst the toughest and most dangerous of all Underhivers and are drawn from a wide range of backgrounds. They tend to be loners who neither need nor want to be associated with a gang, though some are erstwhile gangers and might still bear some of the distinctive trappings of their former Clan House. 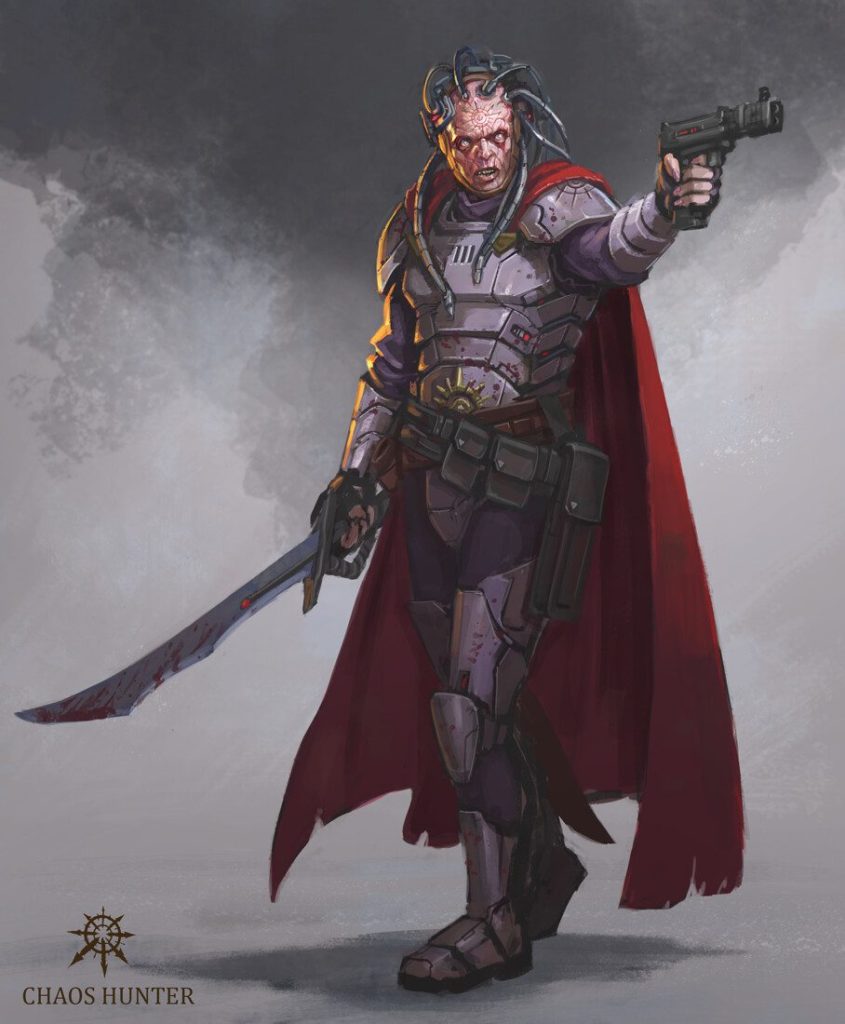 Chaos Hunter. Hired by different chaos cults across the sub-sector, this hitman serves the ruinous powers by eliminating key individuals inside... 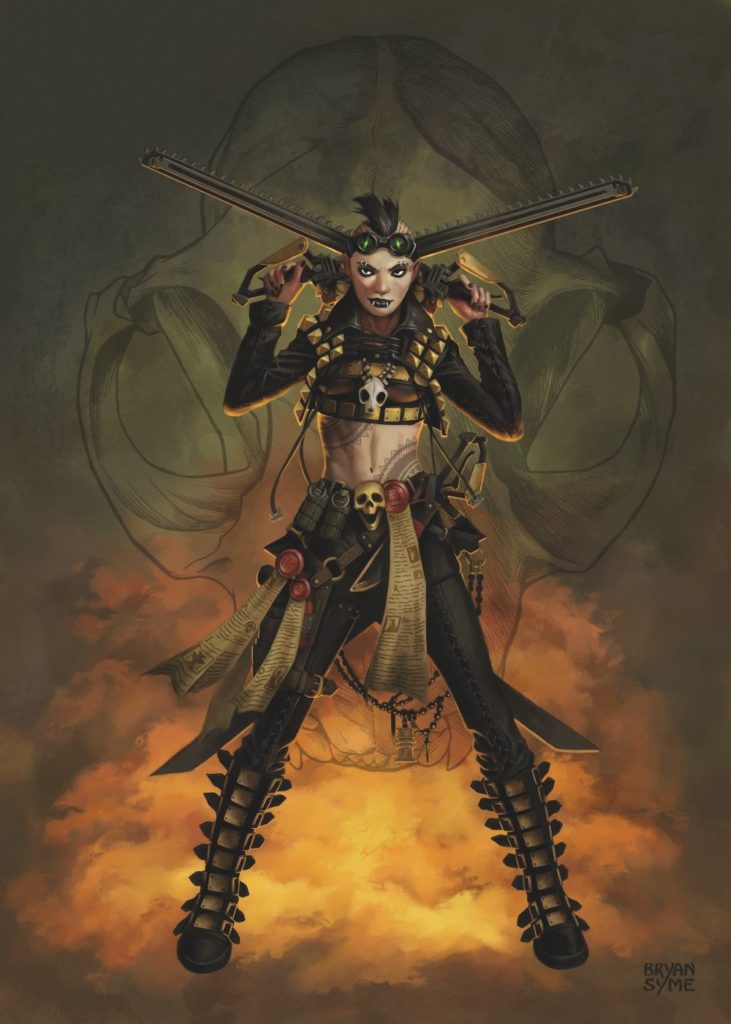 So a friend of mine is running a Dark Heresy game. And I'm really enjoying it. So much so that I had to paint my character. Even though I have...

Kal Jericho Novel cover, think it was called BLOOD ROYAL. Cool character from Warhammer 40k and the thing he's standing on looks all kinds of...

CD cover for a Necromunda audio anthology "In the nightmare depths of Necromunda’s underhive, a trio of bounty hunters face challenges and trials...

40,000: Wrath and Glory -Desperado A commission for a client : this guy is a expert veteran with a serious killing-spree arms-device

It has been a pleasure working for Games Workshop these last few months and i am super excited to see they've released some of the illustrations...