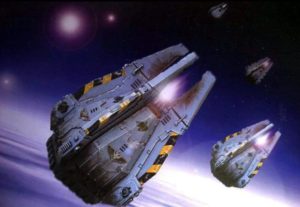 Drop Pods are atmospheric assault transports that are primarily used by the Adeptus Astartes and their Chaos Space Marine counterparts for orbital insertion and planetary assaults where achieving tactical surprise is often an important factor. Drop Pods, along with Thunderhawks, Thunderhawk Transporters, Storm Eagles, Stormravens, Caestus Assault Rams and teleportation make up the majority of a Space Marine Chapter’s means to deploy their forces to the surface of a planet quickly. 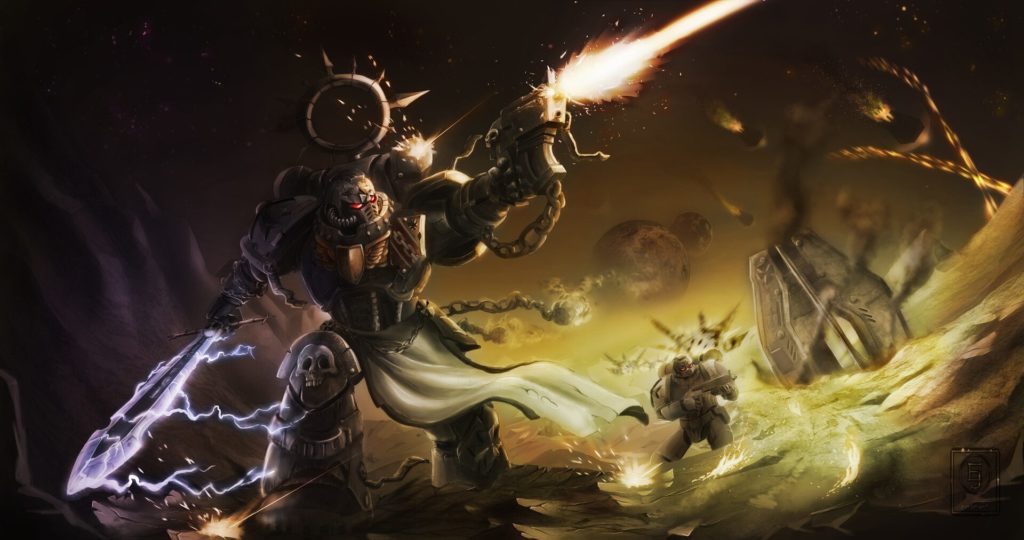 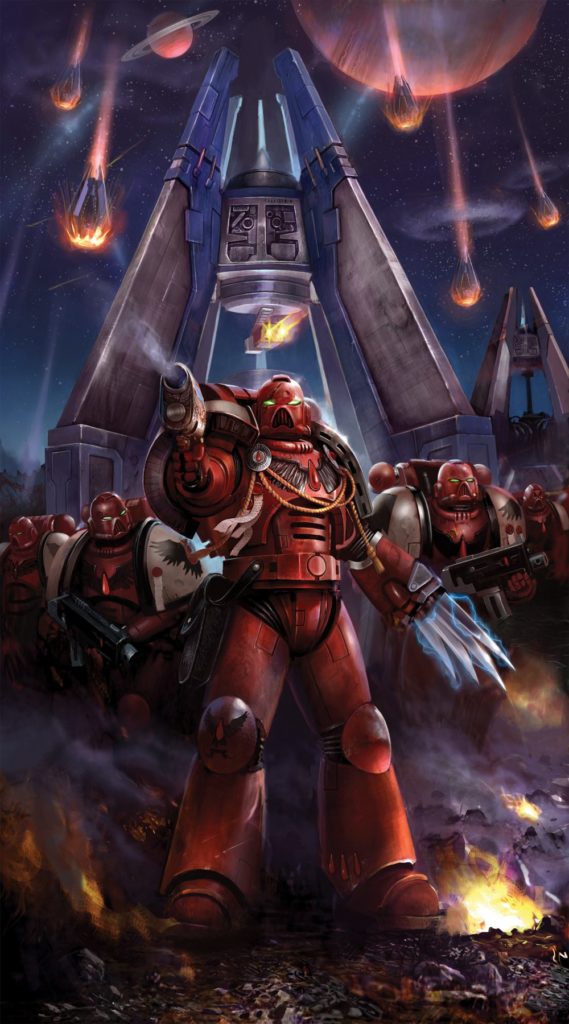 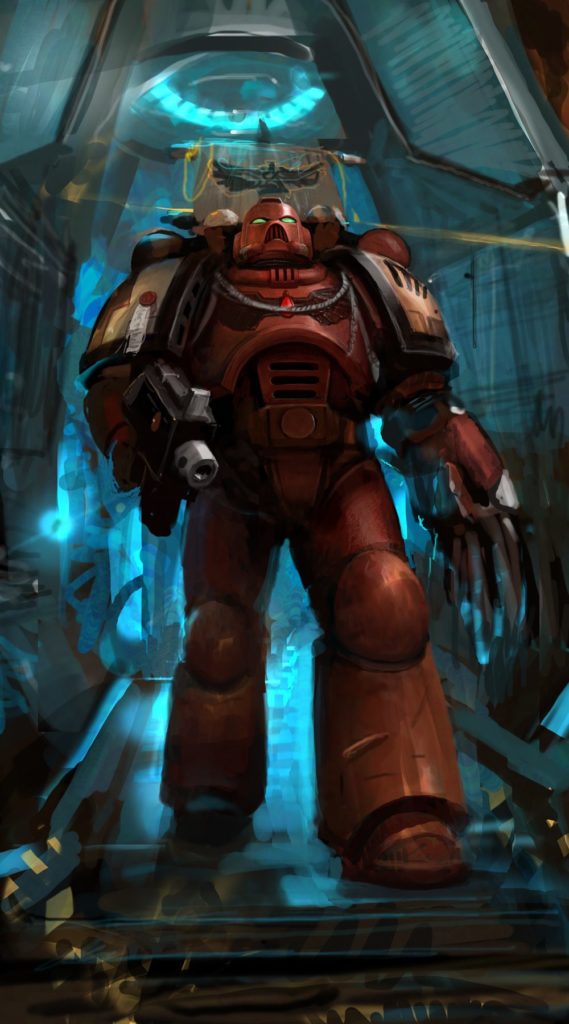 Warhammer battle scene. Space Marines fighting the Tyranids on a distant icy planet. Made for a Warhammer 40k club who wanted their units colors... 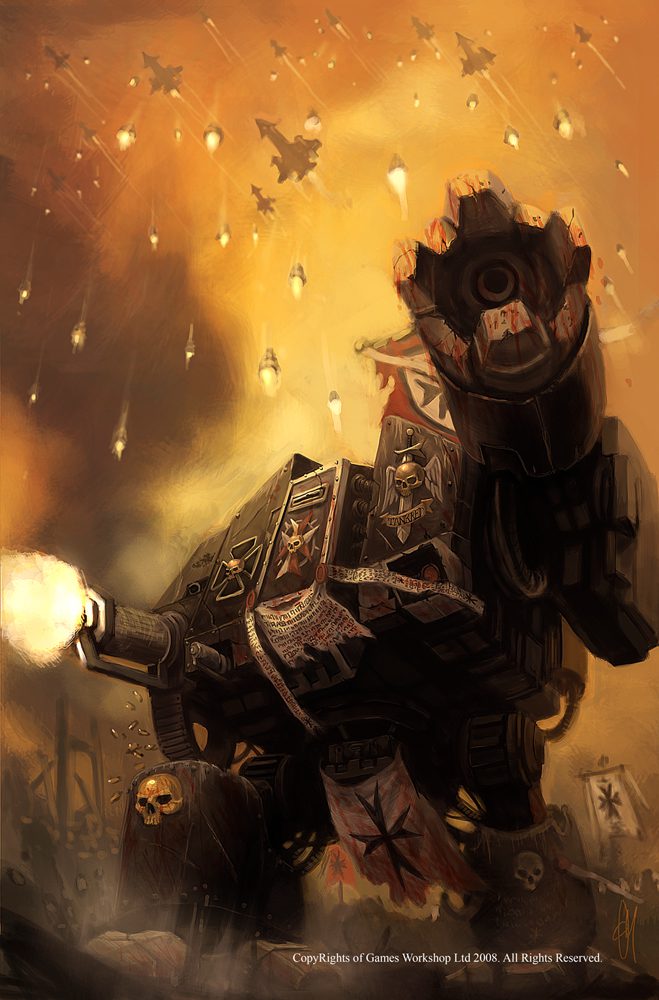 Assault of the Ancient

Hail! A little late this one, it's done as one of the alternative covers for Issue #6 of Damnation Crusades. Remembered spending 2 working days... 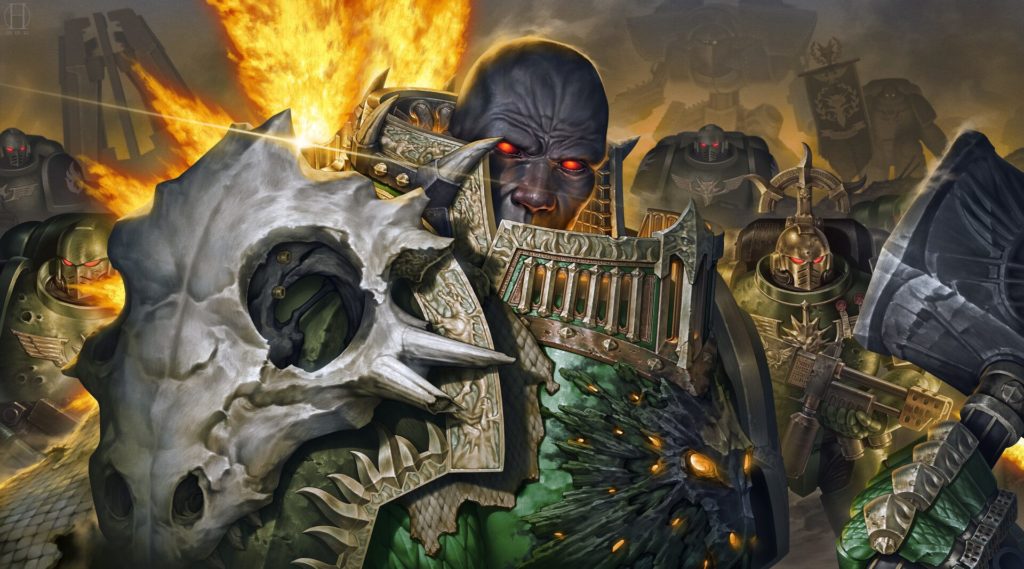 "Lord Manus will lead us in. Seven Legions against his four. Horus will regret this rebellion." -- Arguably my favorite loyalist Primarch and... 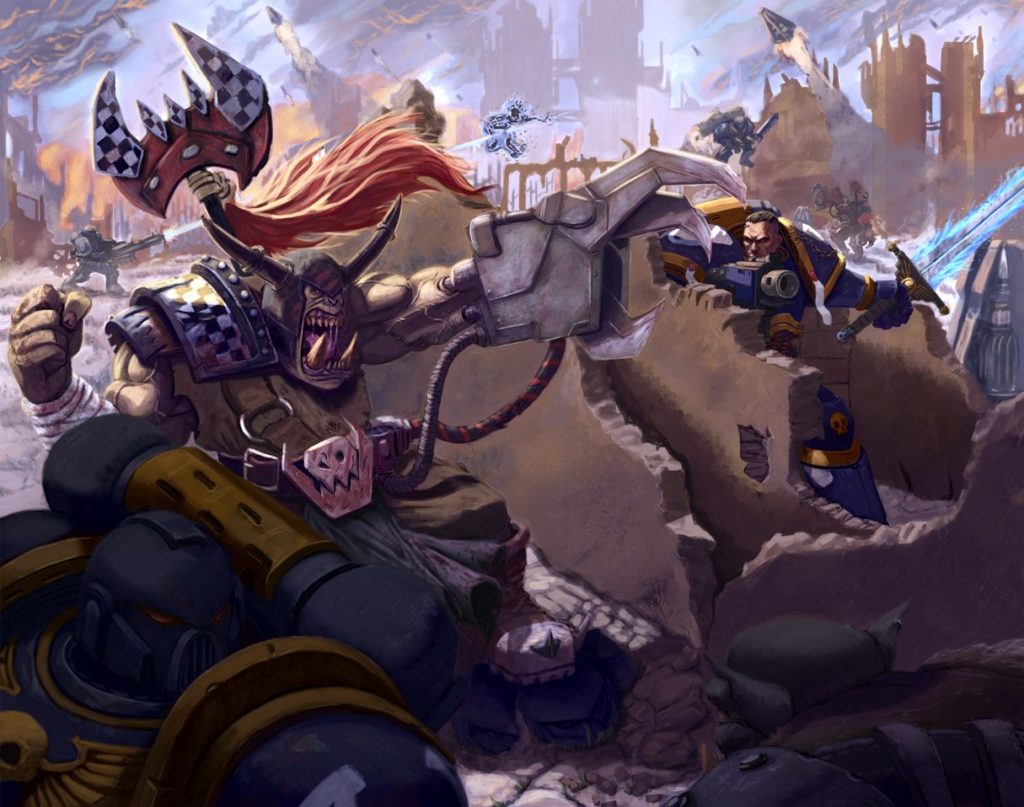 Fan art about W40K He is Deathclaw the Deadly warboss 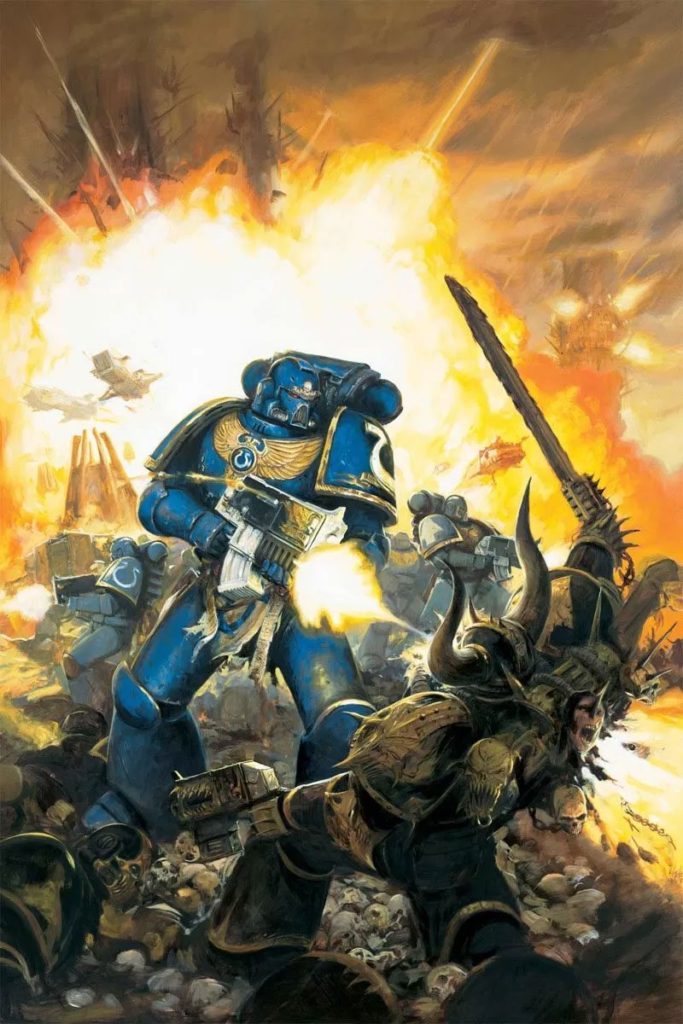 Ultramarines: For the Emperor

An Ultramarines Space Marine lays waste to a member of the Black Legion. This image graced the cover of the 5th edition Space Marine Codex.

Some concepts and key art from the Warhammer 40K: Freeblade mobile game. I was also responsible for the in-game art on a number of environments,...

Leman Russ in Burning of Prospero

This was a really exciting and challenging picture to paint. I was very inspired by Forge World's release of Leman Russ miniature, and so I...

Khârn the Betrayer is a member of the World Eaters Traitor Legion of Chaos Space Marines, and the greatest mortal Champion of...

Men In Metal Space marines getting ready to drop

Defeat the Plague My Fan Art for Warhammer 40k, I love the space marines, Nurgle and all of this dark sci-fi stuff Warhammer 40k is under ©...