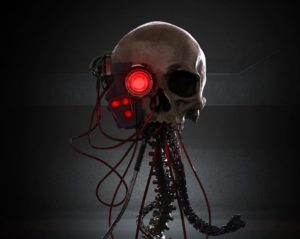 A Servo-skull is a drone-like robotic device that appears to be a human skull outfitted with electronic or cybernetic components that utilise embedded anti-gravity field generators to allow them to hover and drift bodiless through the air. They are fashioned from the skulls of loyal Adepts of the Adeptus Terra and other pious Imperial servants to which robotic components and an antigravitic impeller have been added. This is so that they may continue their work for the Emperor of Mankind even after death. To have one’s skull chosen to serve as a Servo-skull is a great honour in the Imperium, for it implies one’s service in life has been satisfactory enough to warrant continuation beyond death. 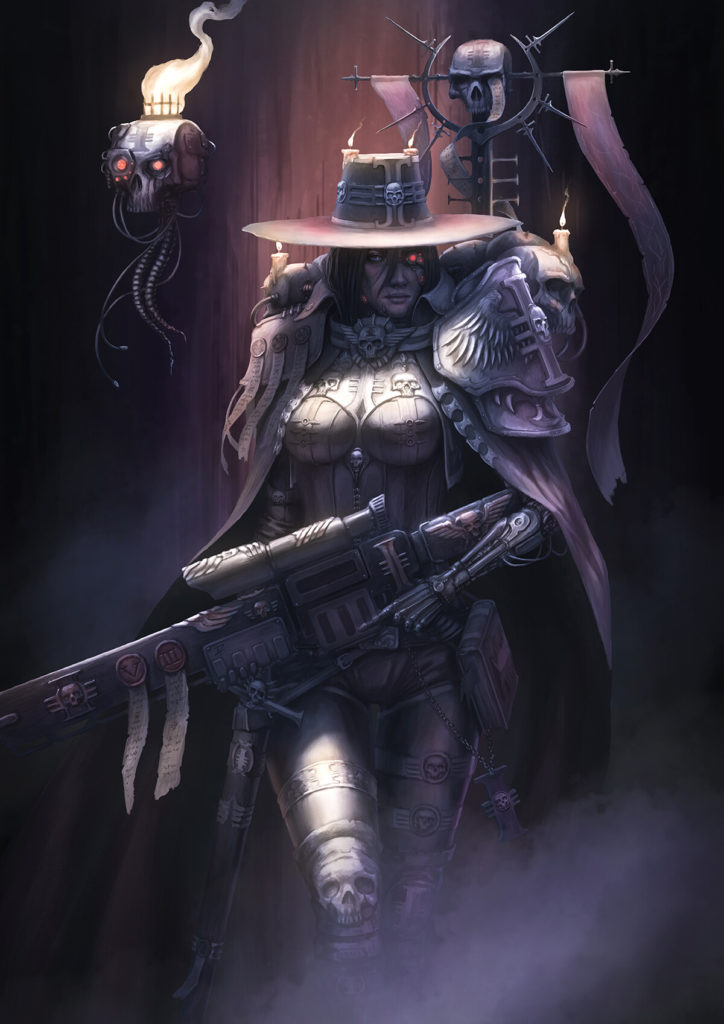 Inquisitor More Warhammer 40k stuff You can get access to the full resolution version of this and all my previous work if you become a patron at... A gift for a raffle winner, Sota Nul 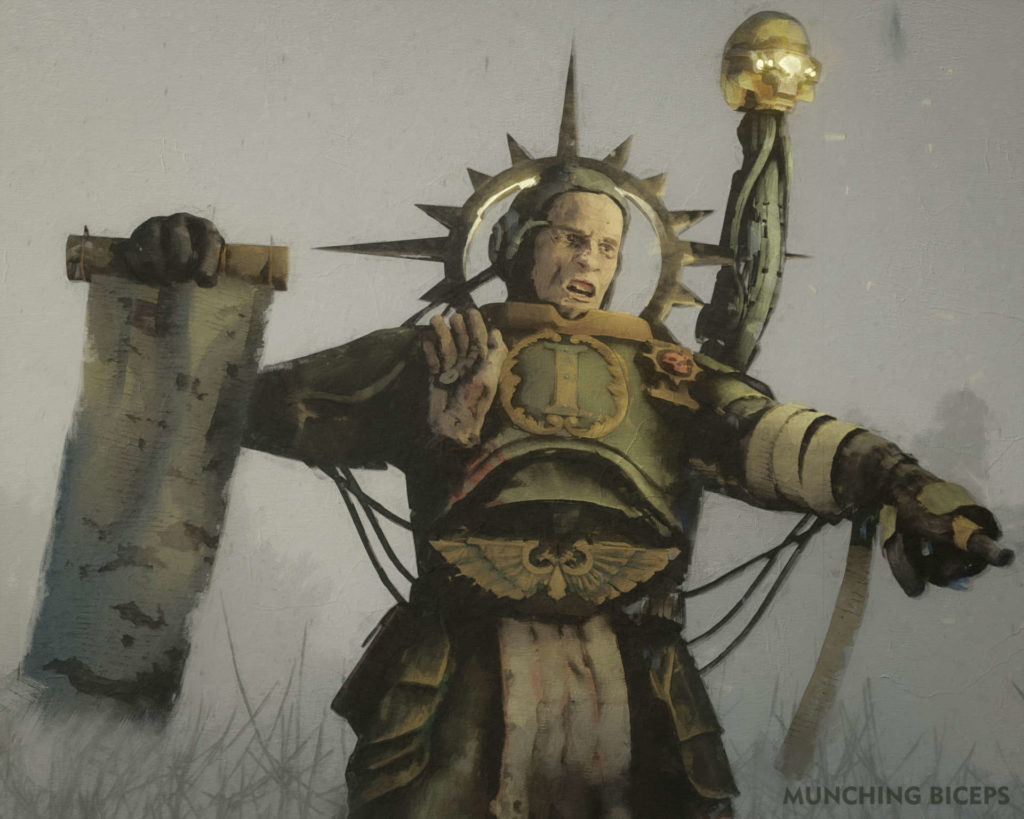 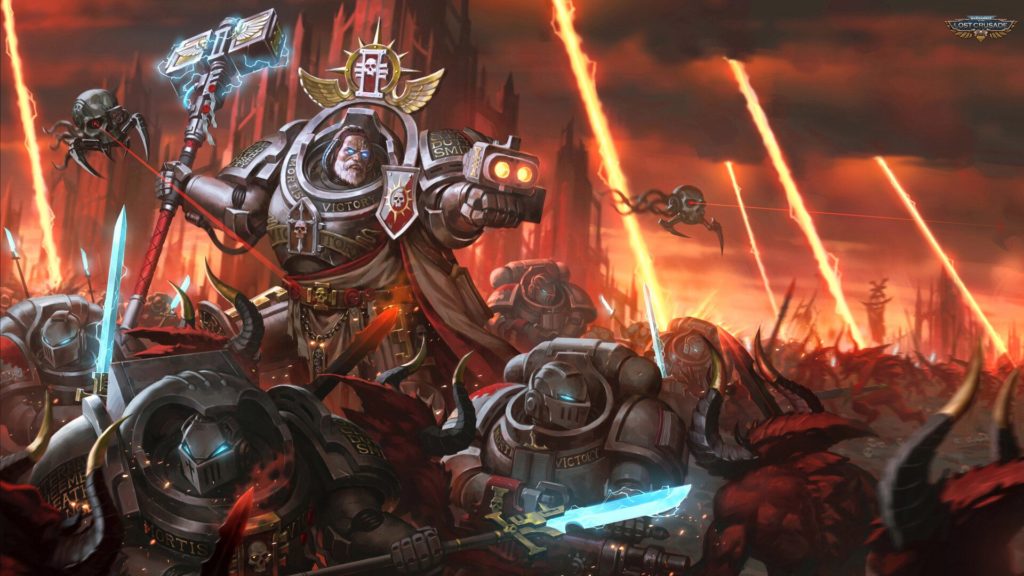 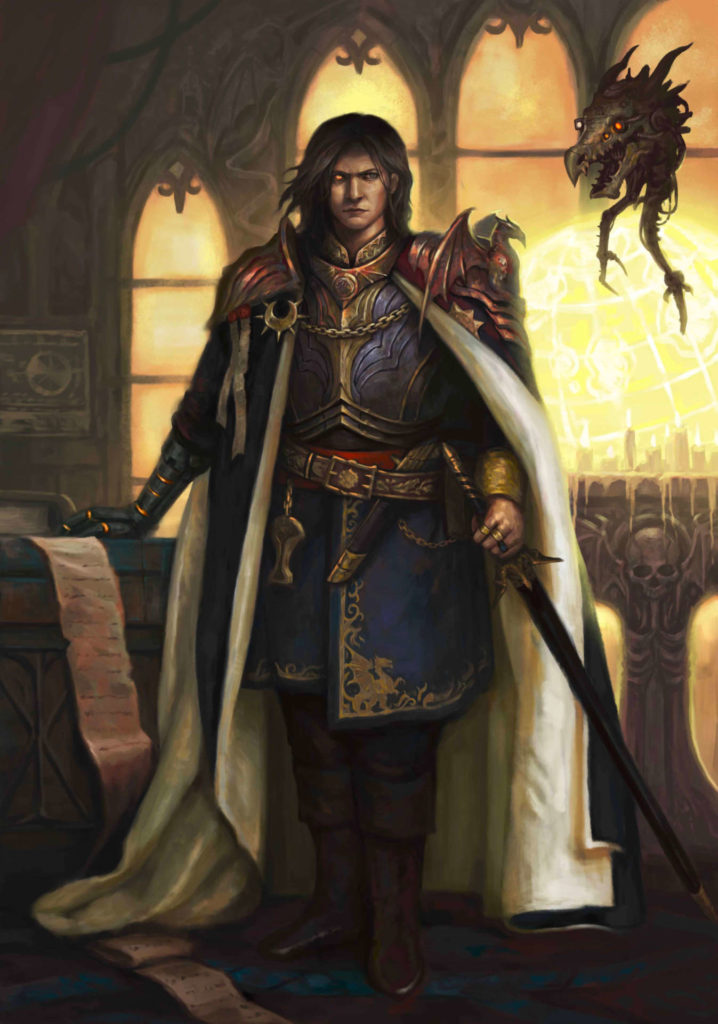 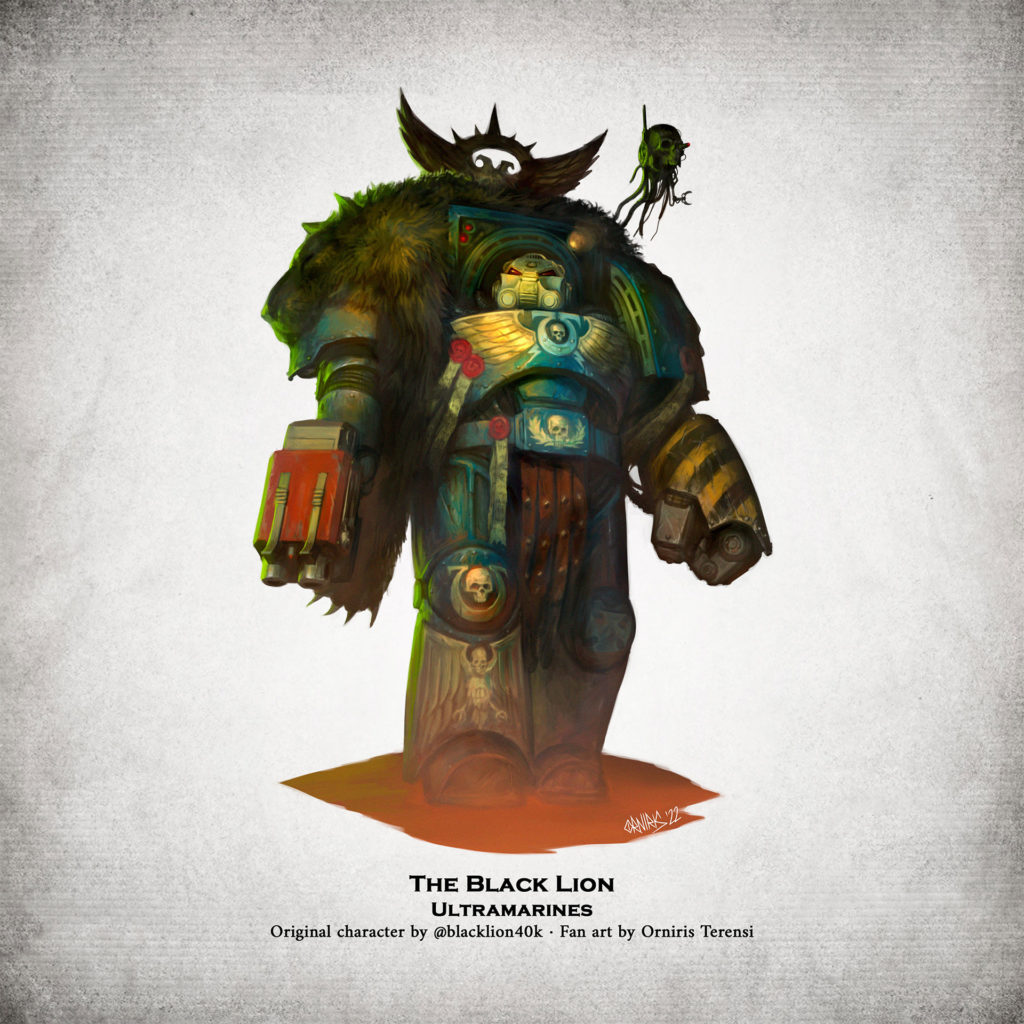 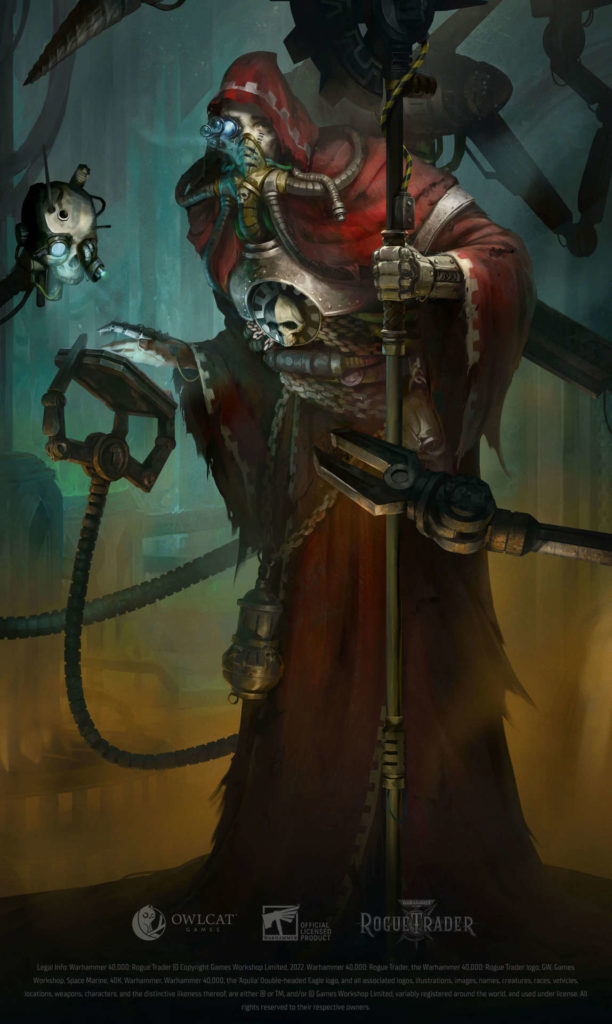 PASQAL HANEUMANN: IN A CAGE OF DIGITAL VOWS Rogue Traders may be brave explorers of systems beyond the Imperium, but the privilege of pioneering... 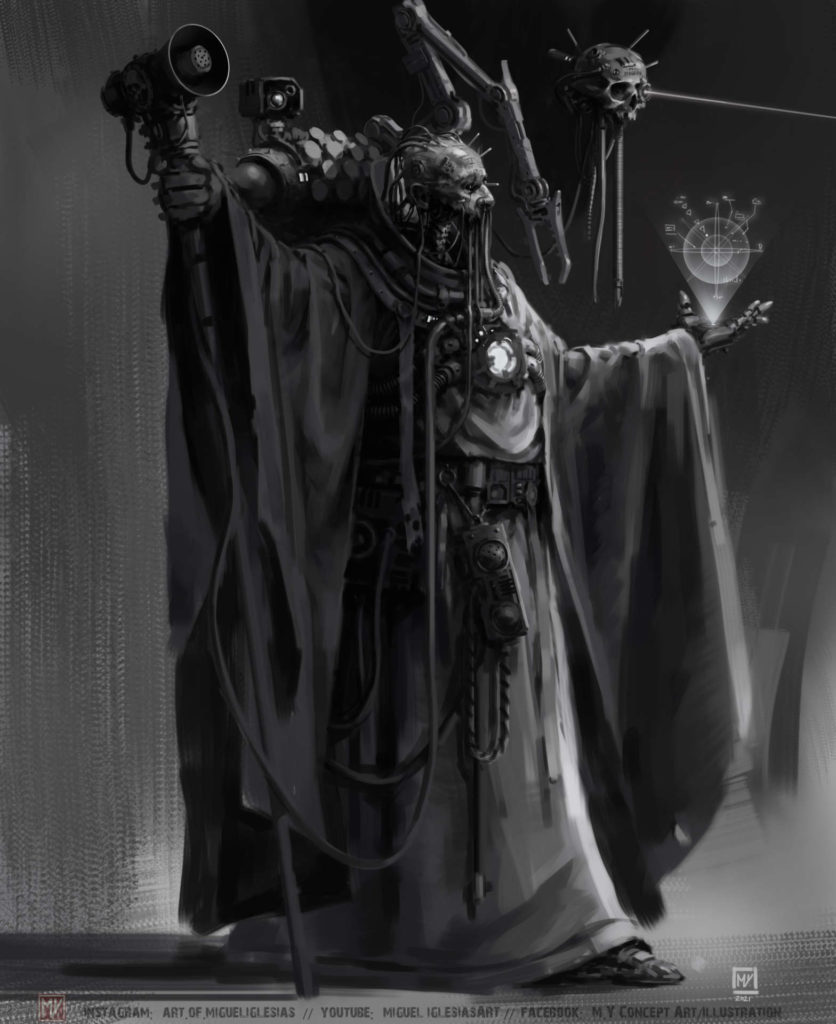 Herald of the Mechanicus 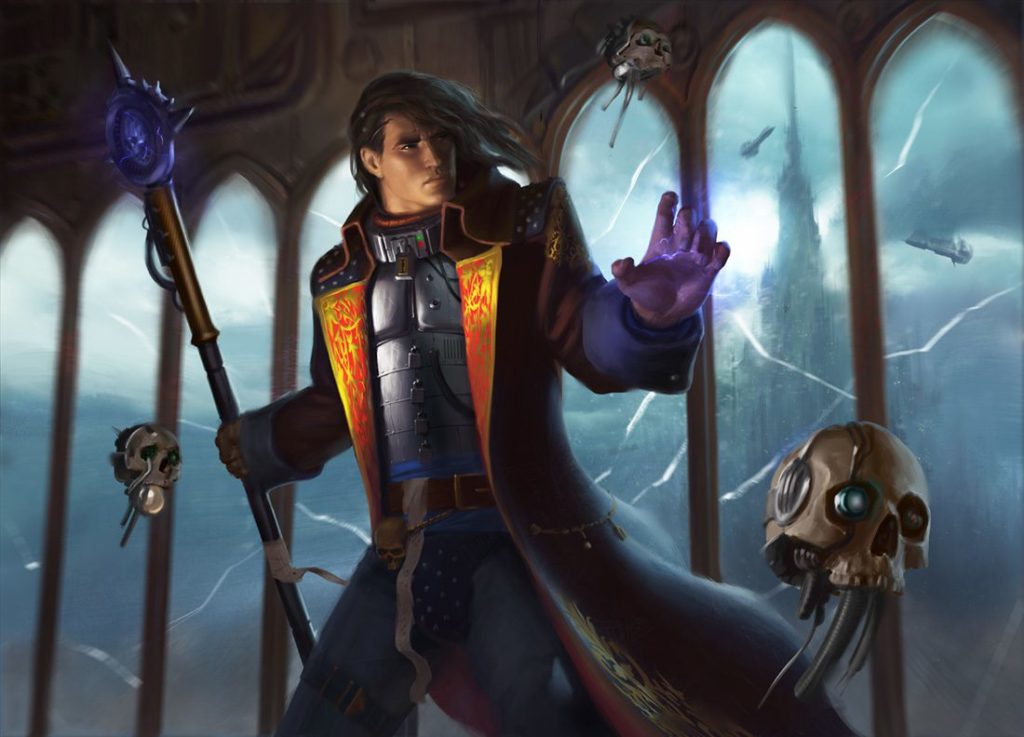 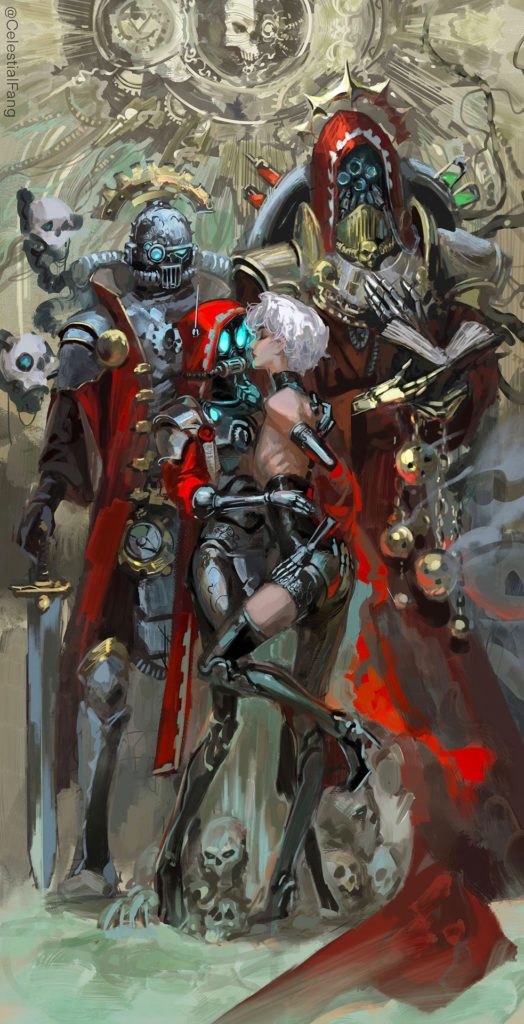 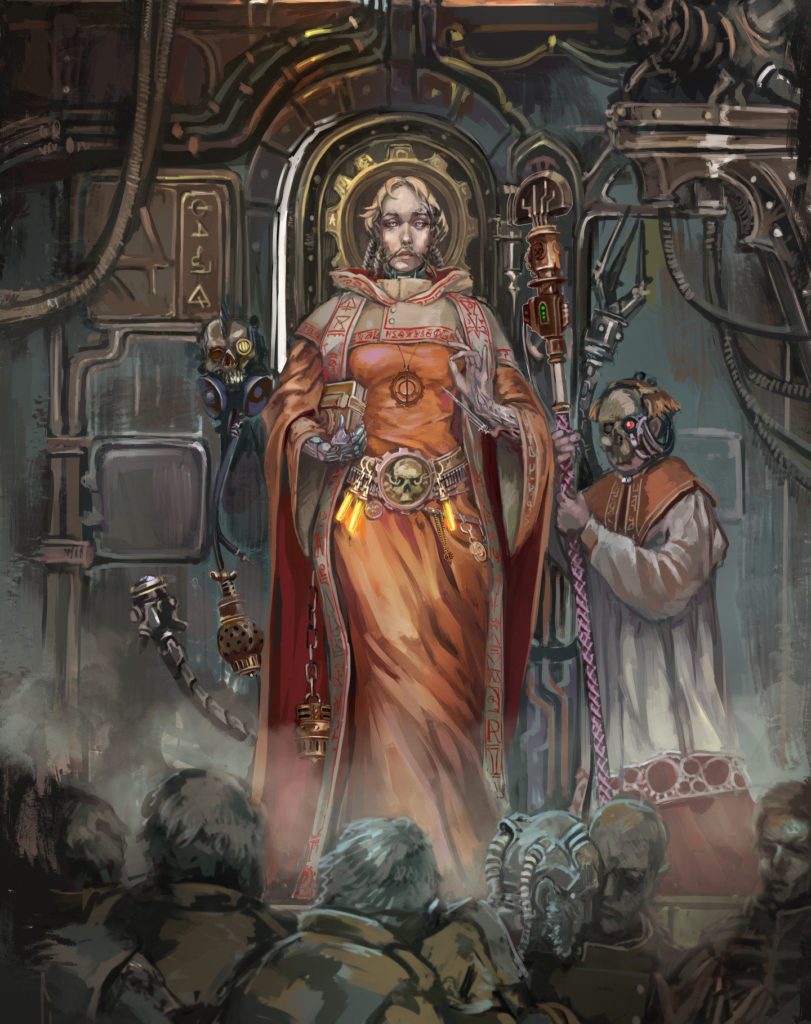 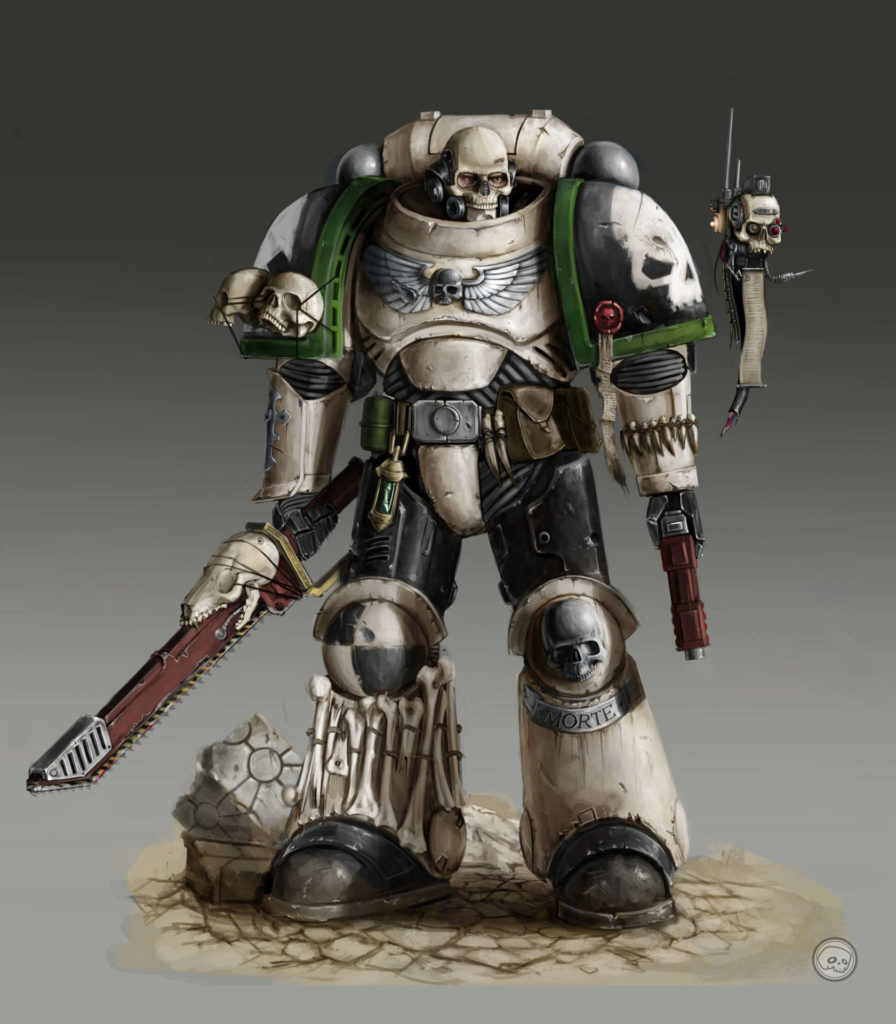 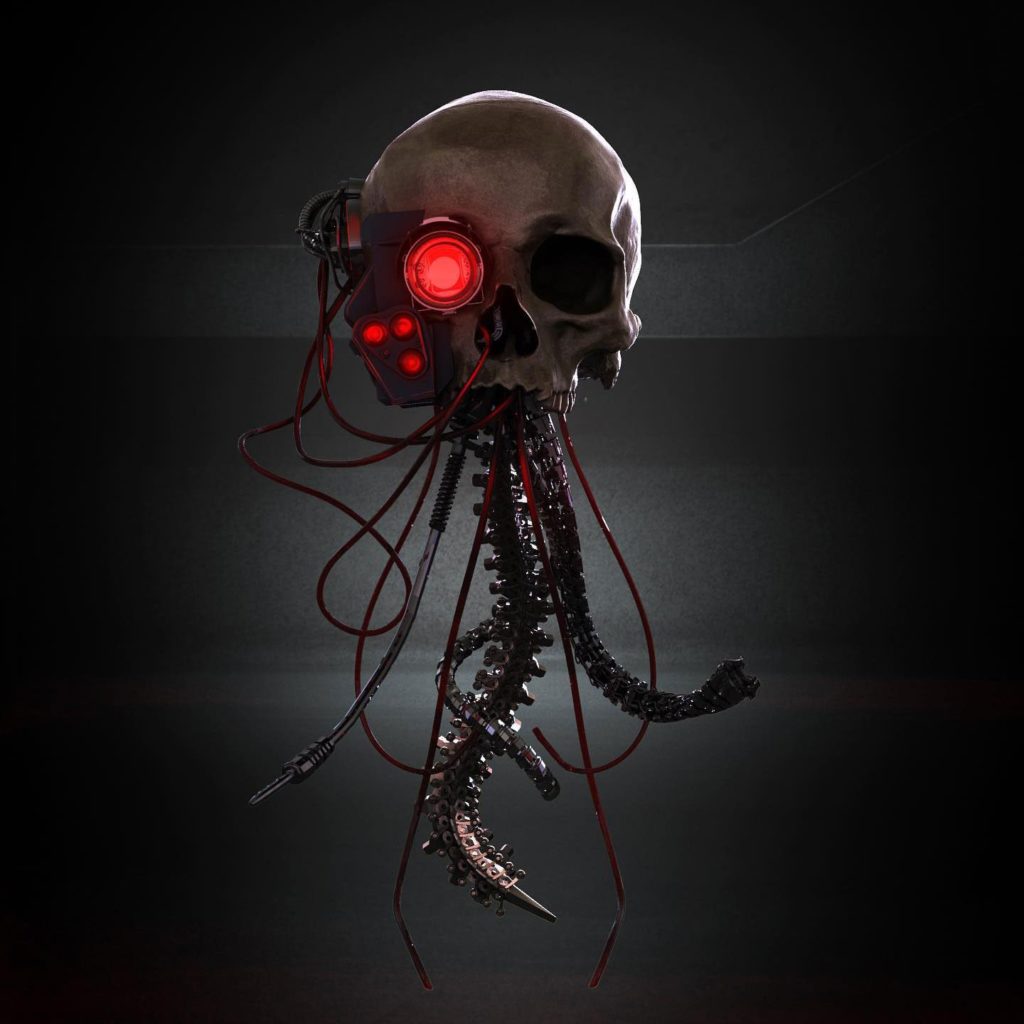 This is my faithful servoskull. It helps me organize my images and and it keeps me updated on the latest news from the Imperium. 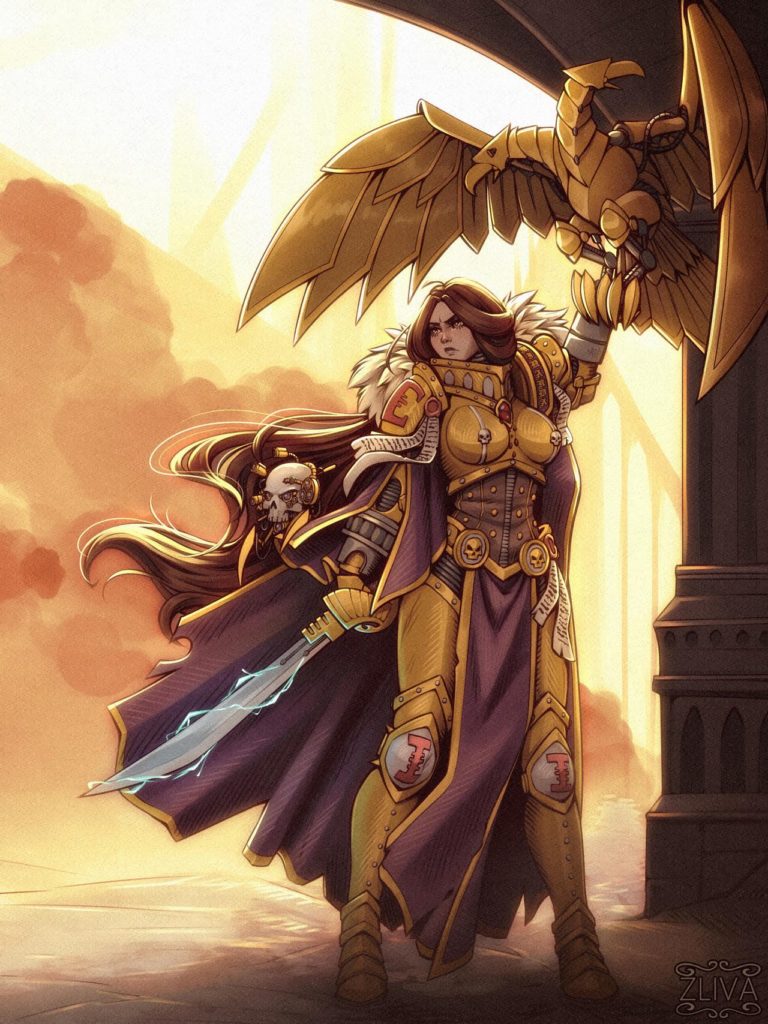 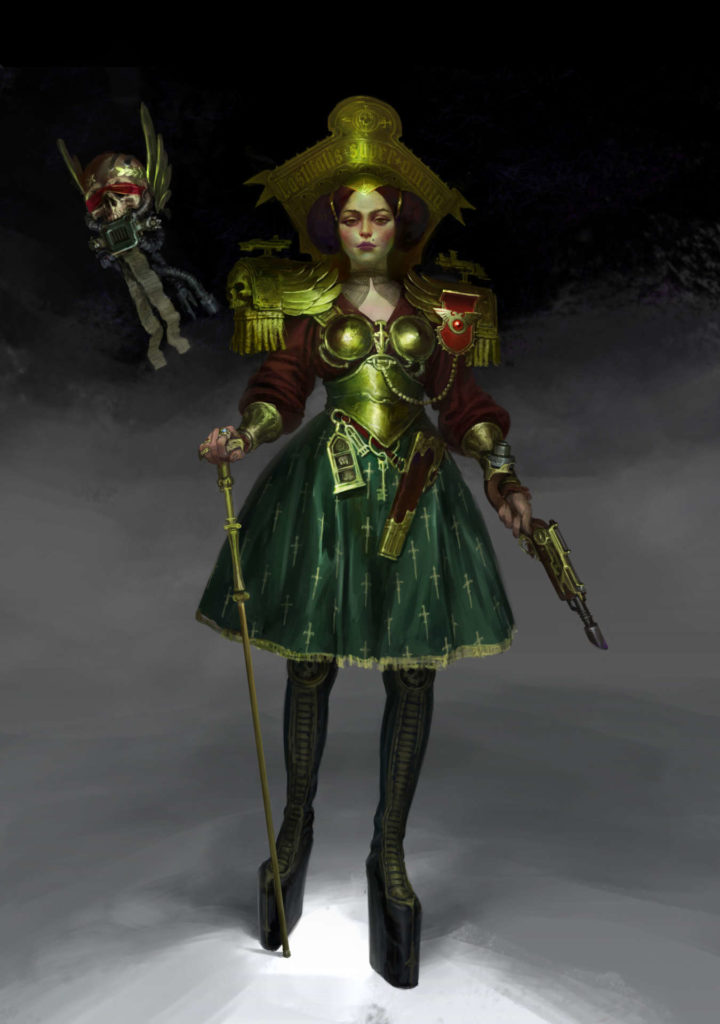 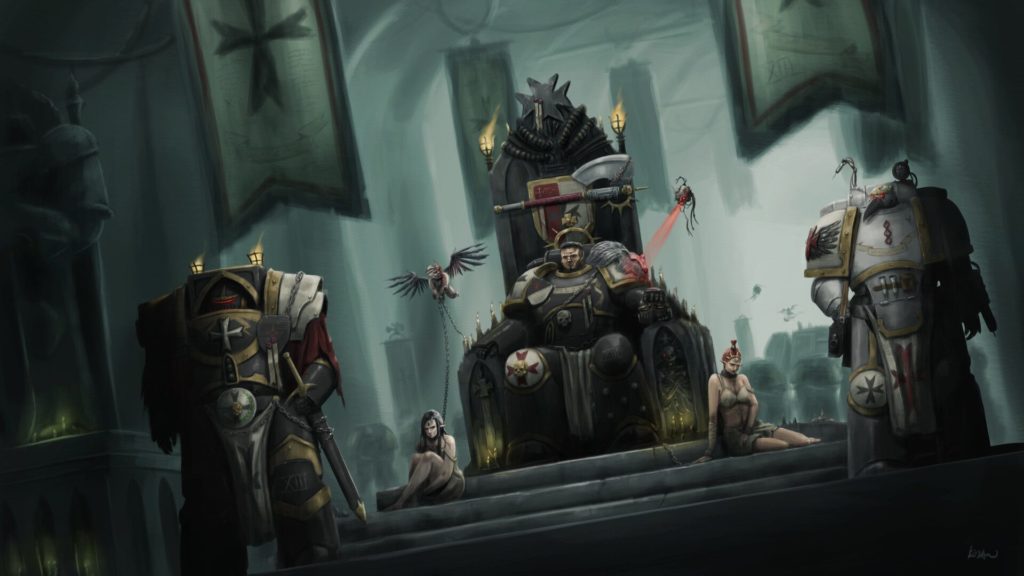 This was a commission for a homebrew chapter of a client. This is an unofficial Warhammer 40,000 artwork. 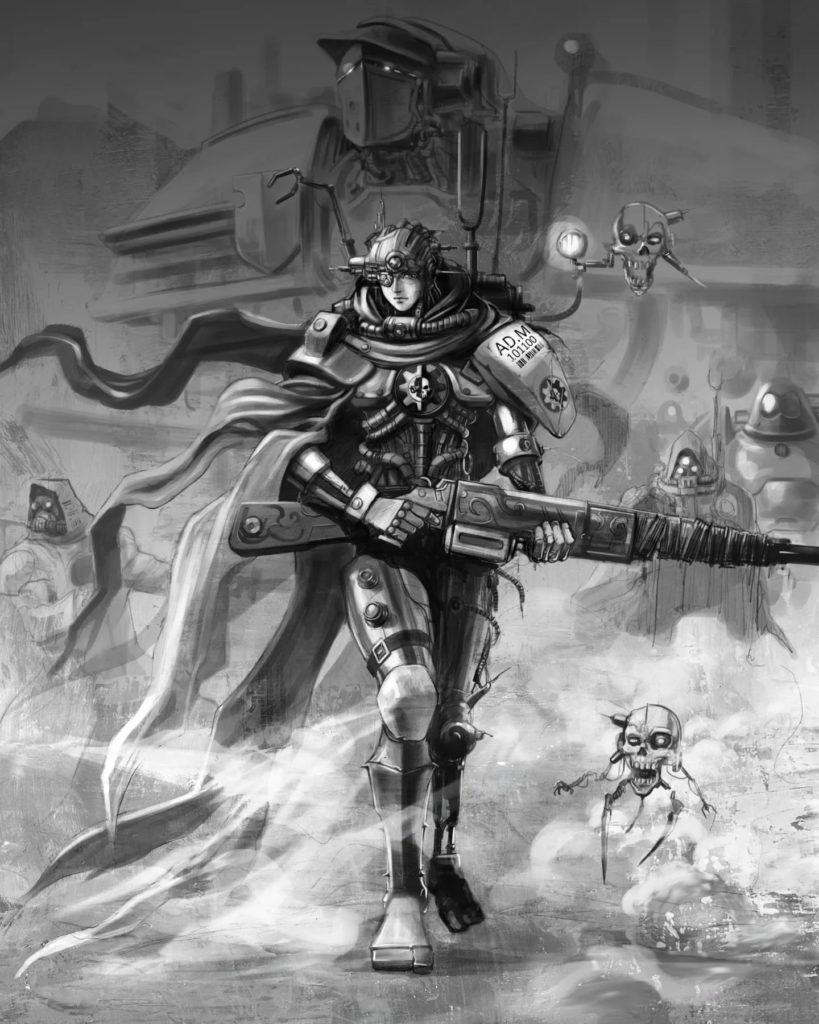 Adeptus Mechanicus Skitarii 02 This work has added some black and white photos, the effect is a bit like the original 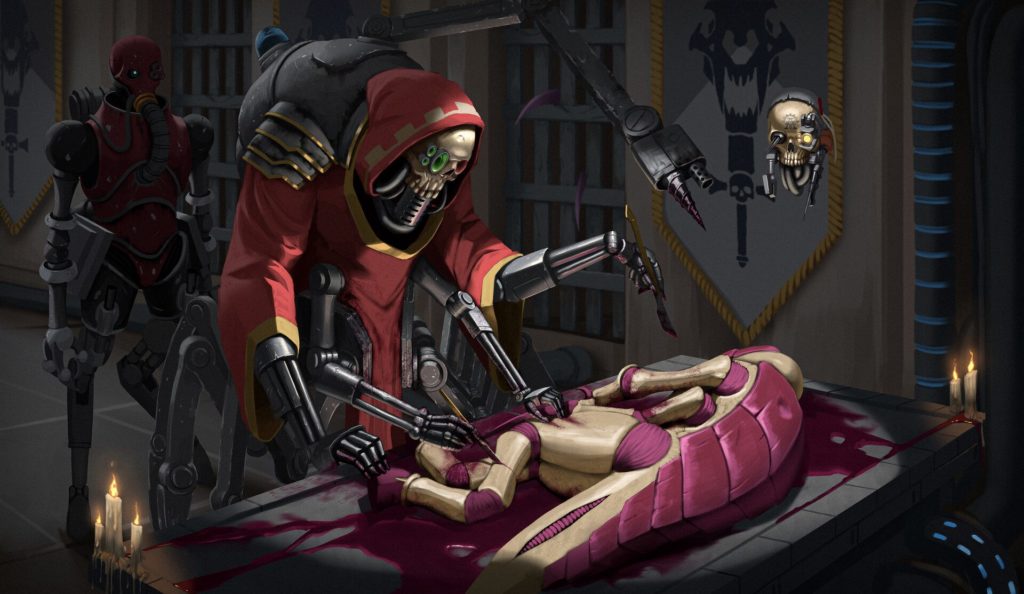 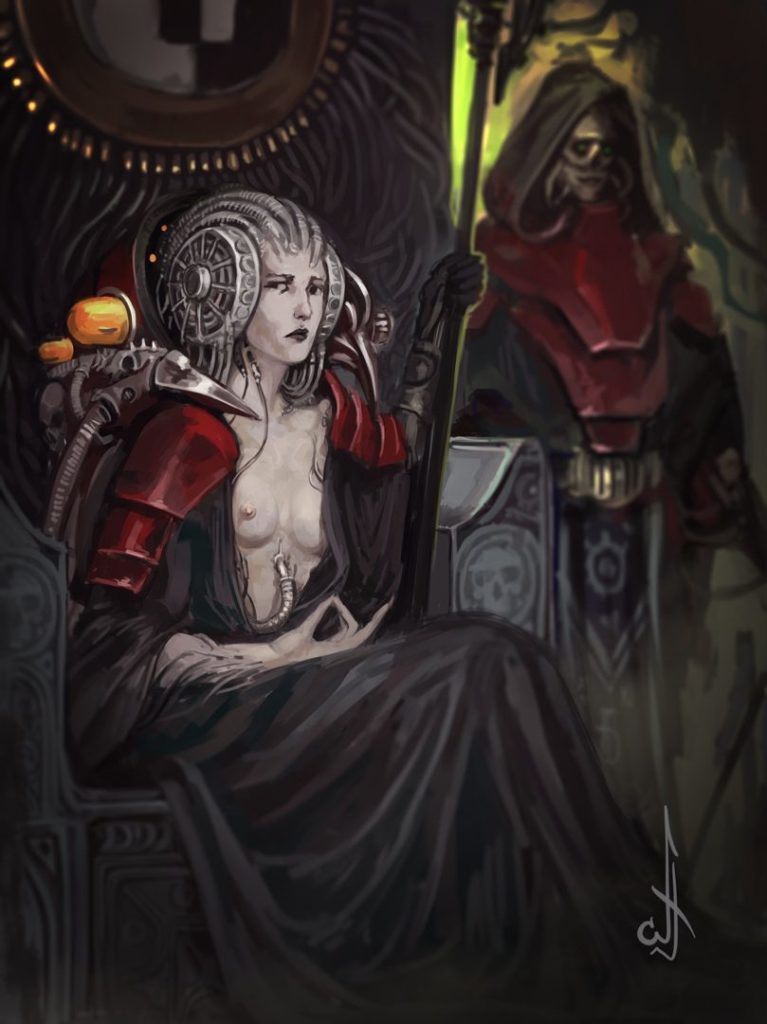