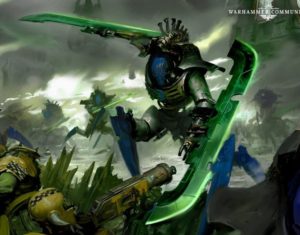 Skorpekh Destroyers are Necron warriors who are part of the Destroyer Cult. Skorpekh Destroyers favour overwhelming close-quarters violence to slaughter their victims. Though ungainly off the battlefield, in combat their tripod bodies allow them to pass through enemy lines in madcap pirouettes of slashing weapons which are nigh impossible to evade or parry. The Skorpekh Destroyer’s weapons of choice are a pair of Hyperphase Reap-Blades or Hyperphase Threshers.

Marneus Calgar and his Honor Guard

Boom! There you go, Marneus Calgar and his honor guard in the last standing against the black wave of Necrons. I hope you like my last big... 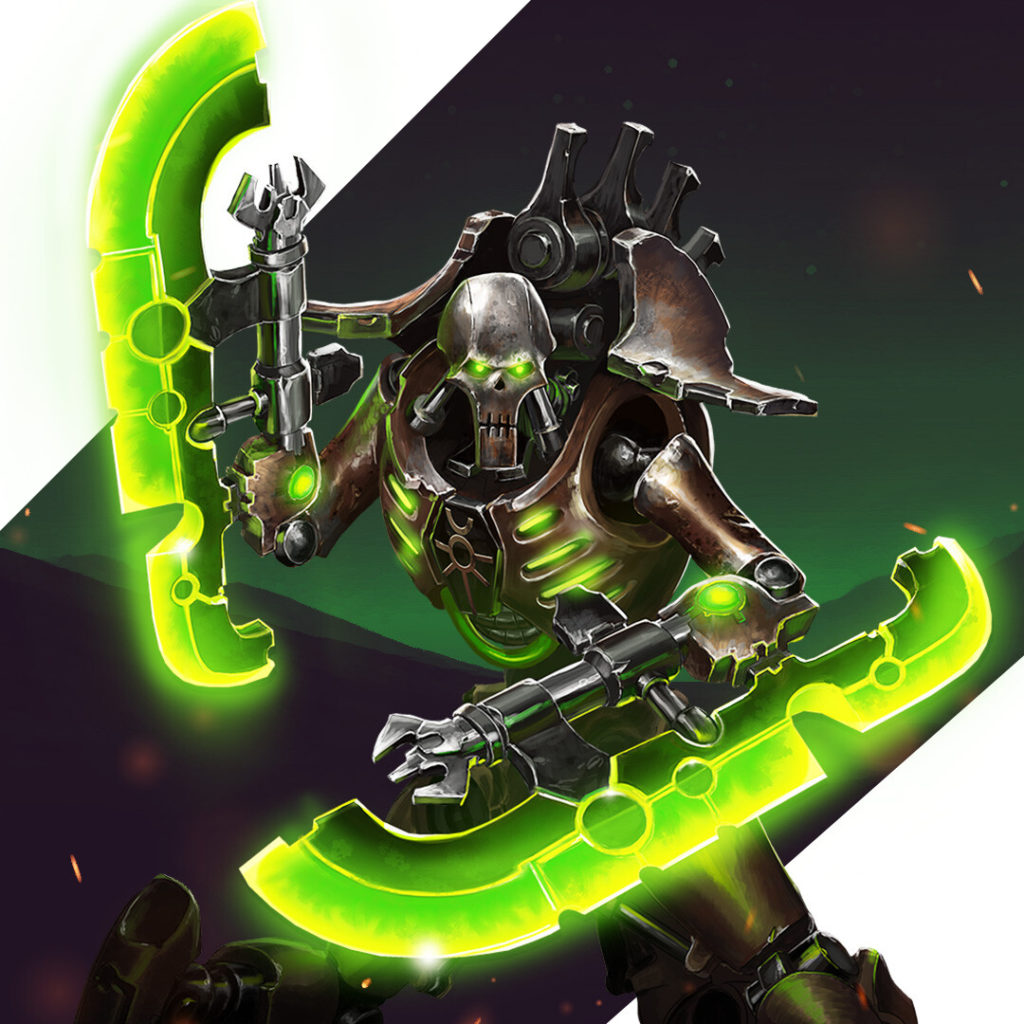 I did this one for the 9th Edition Necrons Codex