This is a painting by an unknown remembrancer, from the time of The Great Crusade. The picture depicts not an illustration of real events, but a idea of remembrancer, about events that him have never seen, but heard and read, like realism artists of the 19th century, who tried to depict Ancient Greek and Biblical myths. P.S. The artist was brutally murdered by Kor Phaeron, due to “blasphemy”, in the time of the Horus Heresy. ‘A mortal doesn’t have the right to depict of the Divine.’ 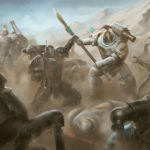 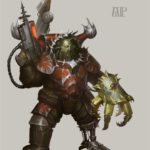 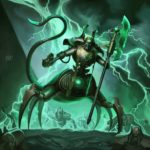