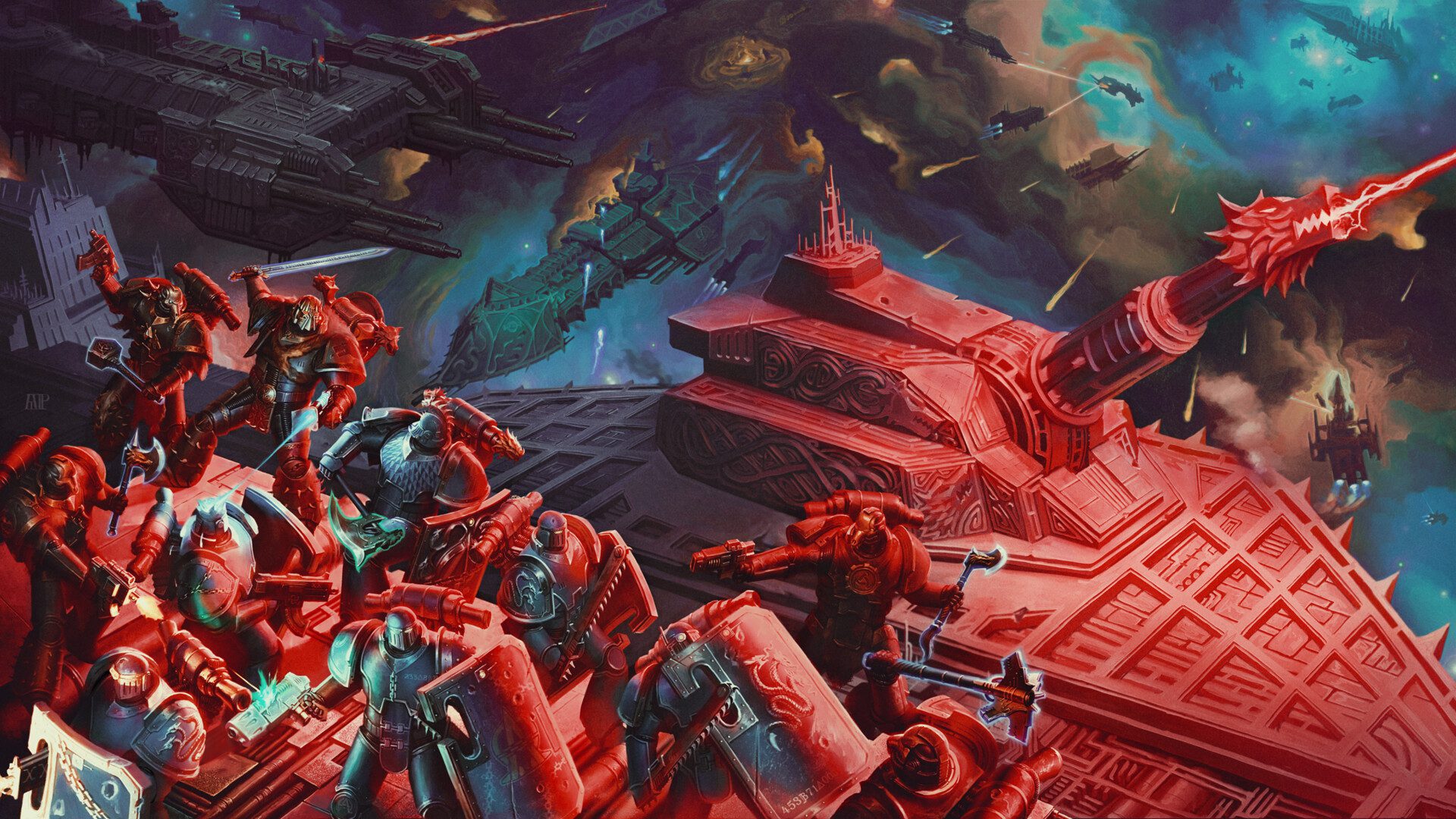 While the Space Wolves were still licking their wounds following unexpectedly heavy losses in the Burning of Prospero, the loyalist Legion was ambushed by a sizable Alpha Legion force. The Space Wolves were sent reeling from the attack. Leman Russ organized an immediate retreat, fleeing to the Alaxxes Nebula. The Alpha Legion was able to pursue the Wolves to the Nebula, and the Sons of Russ found themselves completely surrounded and under siege.

Hrafnkel, the flagship of VI legion aboard which Leman Russ has now locked himself inside, is being boarded by forces of the Alpha Legion. Already fuming at the situation and the unresponsiveness of his lord, Reidar Dawn-Walker, the last consul of the sixth, conducts a sally out into the void of space with his Deathsworn squad, taking the fight to the attackers on the exterior of the Hrafnkel.