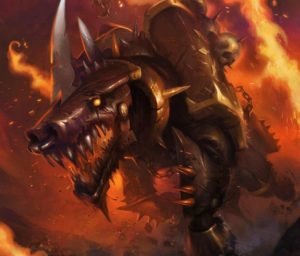 A Juggernaut, also known as a Juggernaut of Khorne, and by such nicknames as “Brass Behemoth,” “Khorne’s Unstoppable Rage”, or “Bloodpounder,” is one of the Blood God Khorne’s daemonic steeds, a manifestation of his unbridled rage. A fusion of brass and beast, its limbs slam into the ground as it charges, spurring the creature forwards with staggering force. With its head tilted down, and its blade-horned snout at the ready, its crushing impact knocks foes from their feet before it tramples them into ruin. 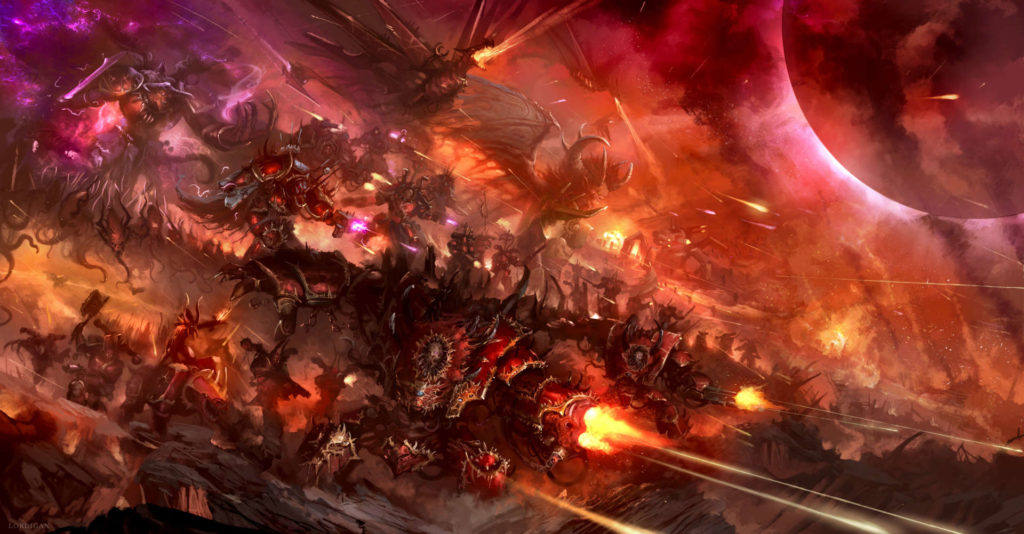 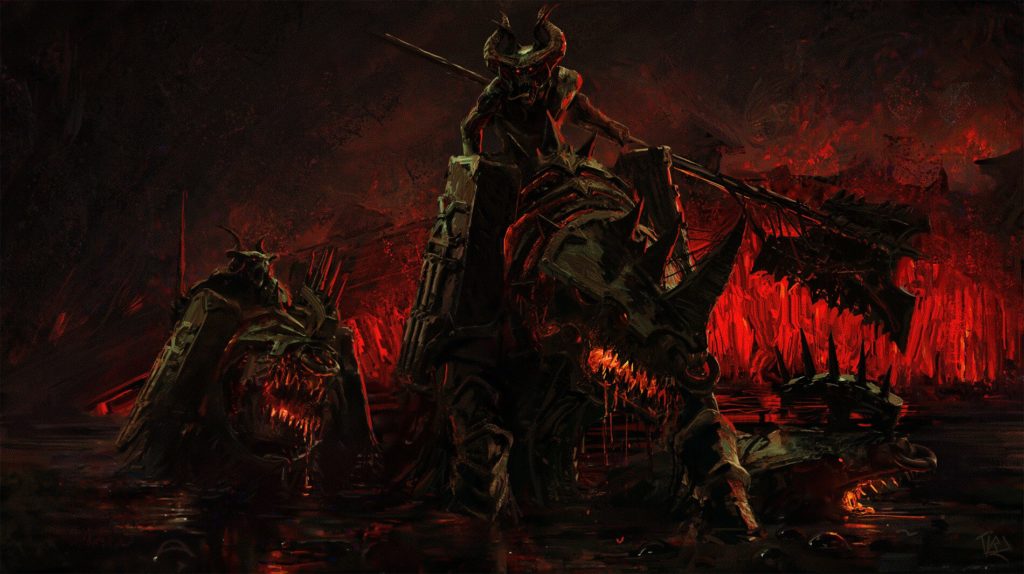 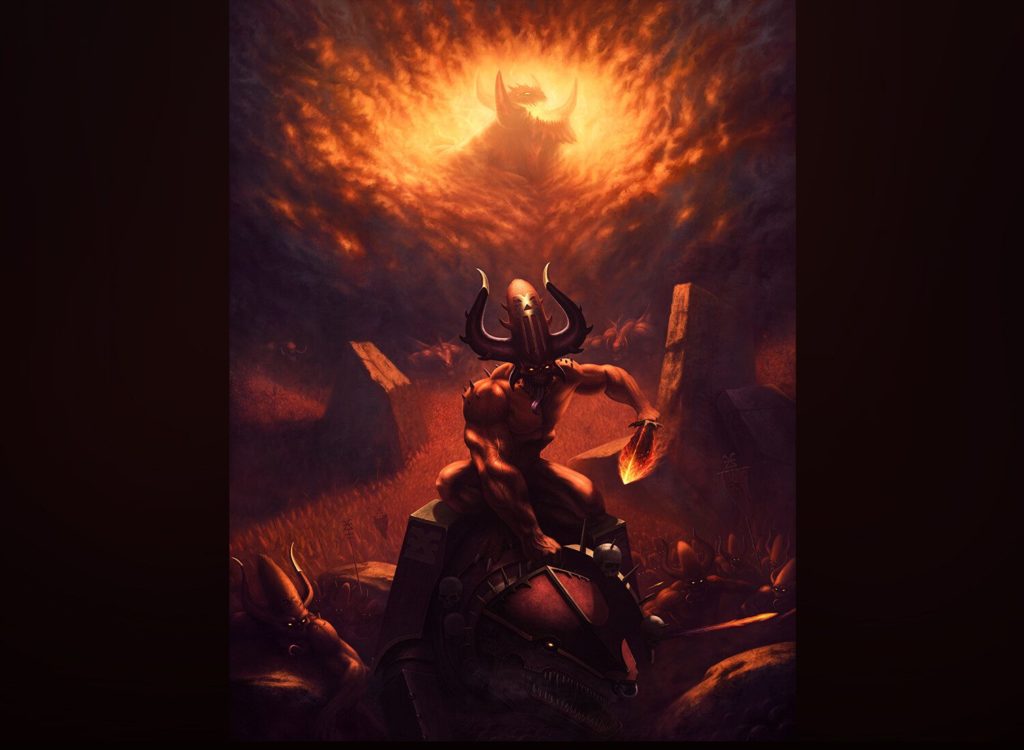 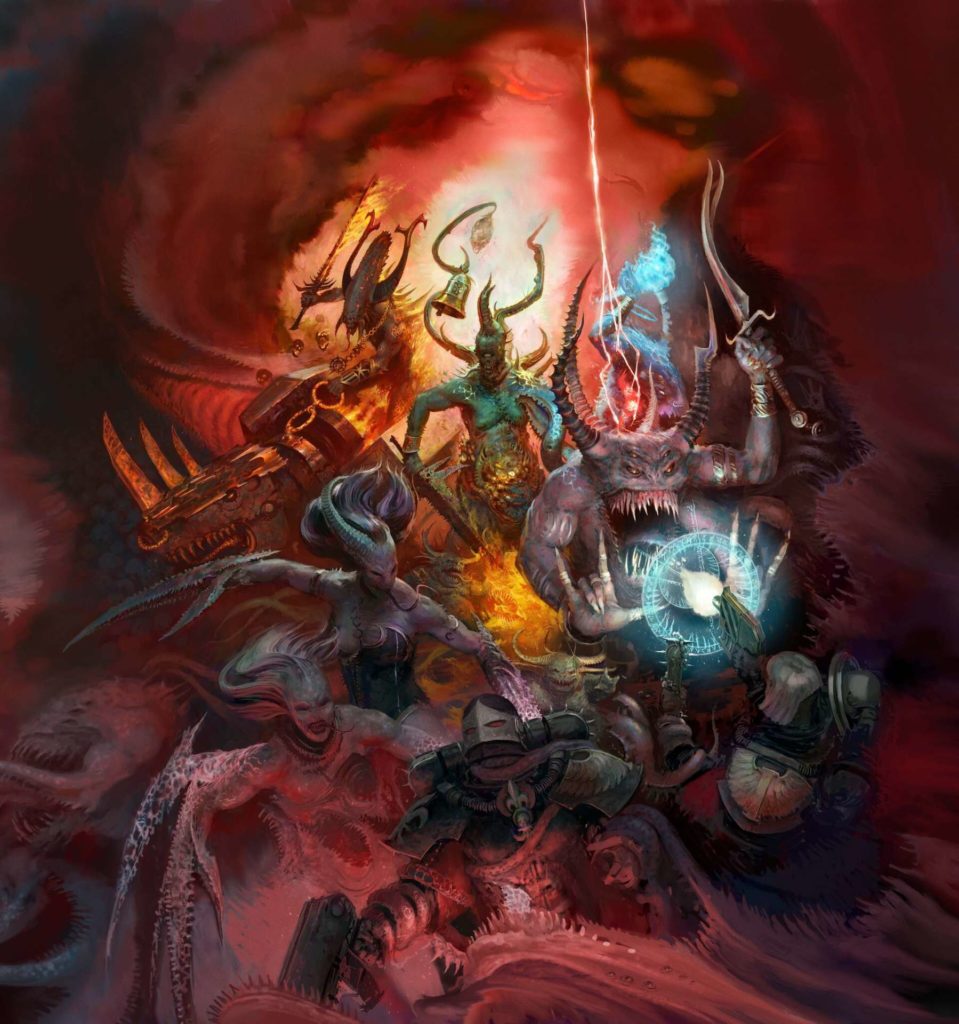 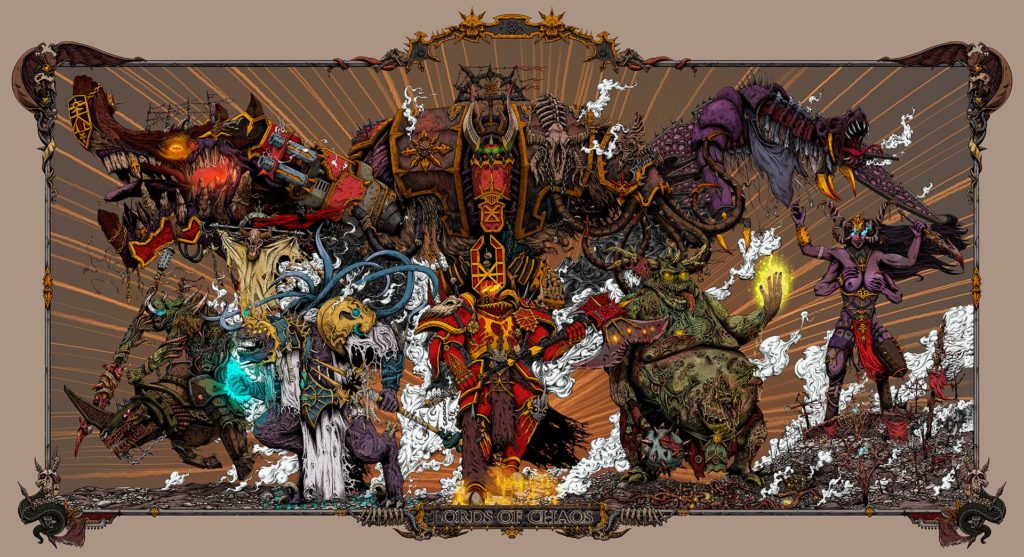 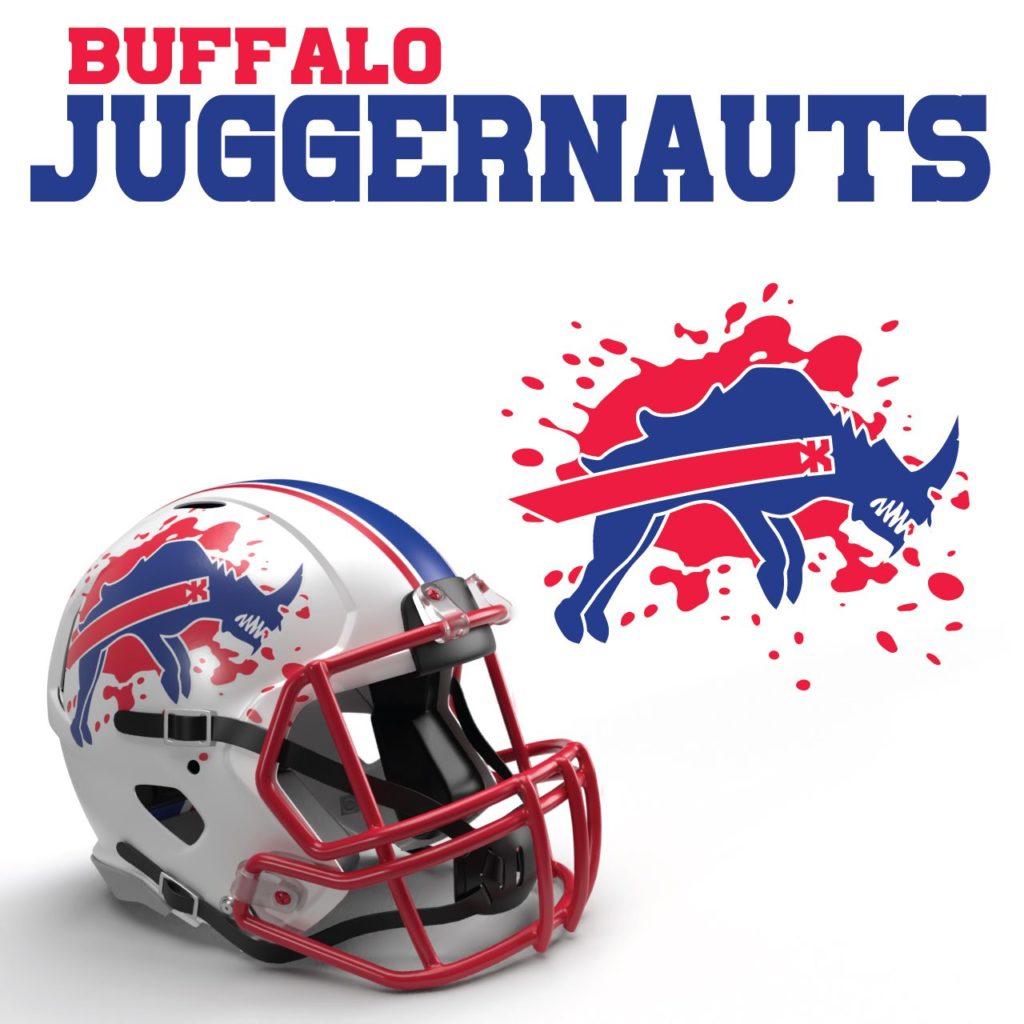 The next one in the series, riding into battle! BLOOD FOR THE BLOOD... 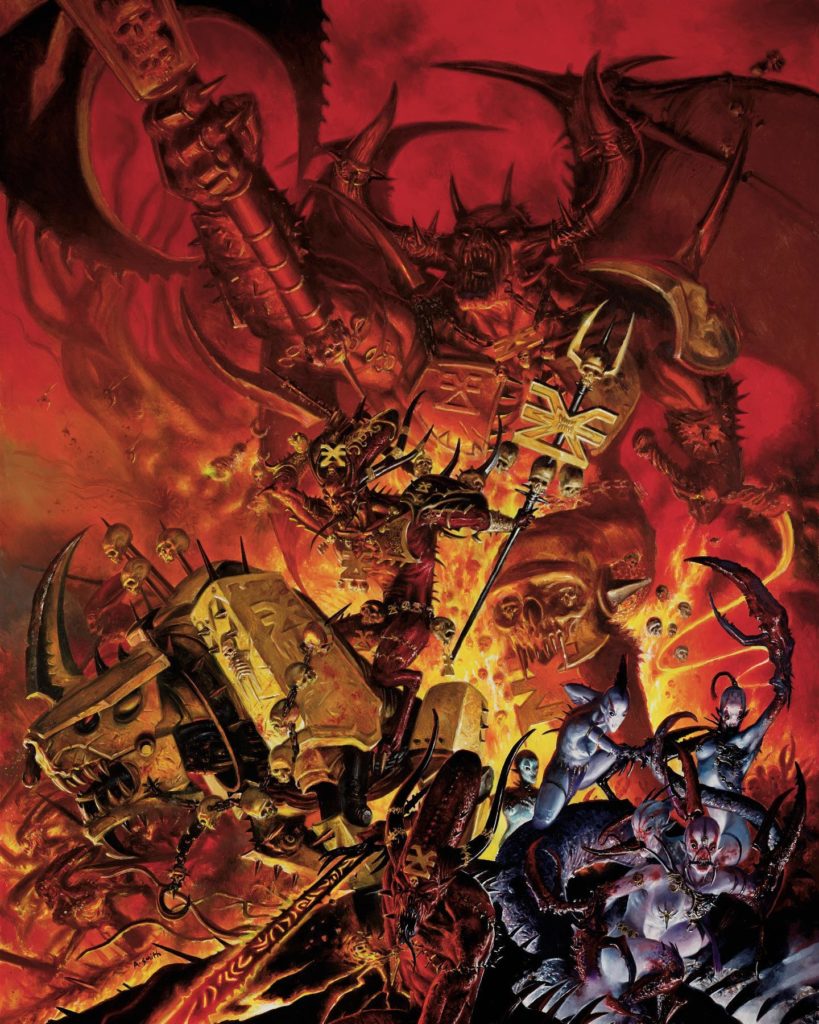 Blood for the Blood God

Here's the first image I did for Warhammer 40k, appearing in Codex: Khorne Daemonkin.

redesigned his Moogle Knight character from FFXIV into an angry, furry, daemon champion of Khorne.

The Crucible of War

Been a couple of very crazy and exciting weeks. I recently welcomed into this world my first baby boy! I hope Juggernauts of Khorne will someday...