The Astra Militarum regiment known as the Tanith First-and-Only, officially called the Tanith 1st Regiment but better known as “Gaunt’s Ghosts”, was raised from the Frontier World of Tanith in the Sabbat Worlds Sector. The regiment has been heavily engaged in the combat to retake the Sabbat Worlds from the Forces of Chaos during the Sabbat Worlds Crusade. The regiment’s nickname originally came about as a result of the name of their commanding officer, Colonel-Commissar Ibram Gaunt, and the disenfranchised status of the original Tanith soldiers after their homeworld was destroyed. It has proved to be a nickname of some further application, as the Verghastite personnel influx into the regiment also considered themselves “ghosts” due to the destruction of their home city, and the regiment as a whole is noted for its stealth and reconnaissance abilities being almost uncanny in nature. 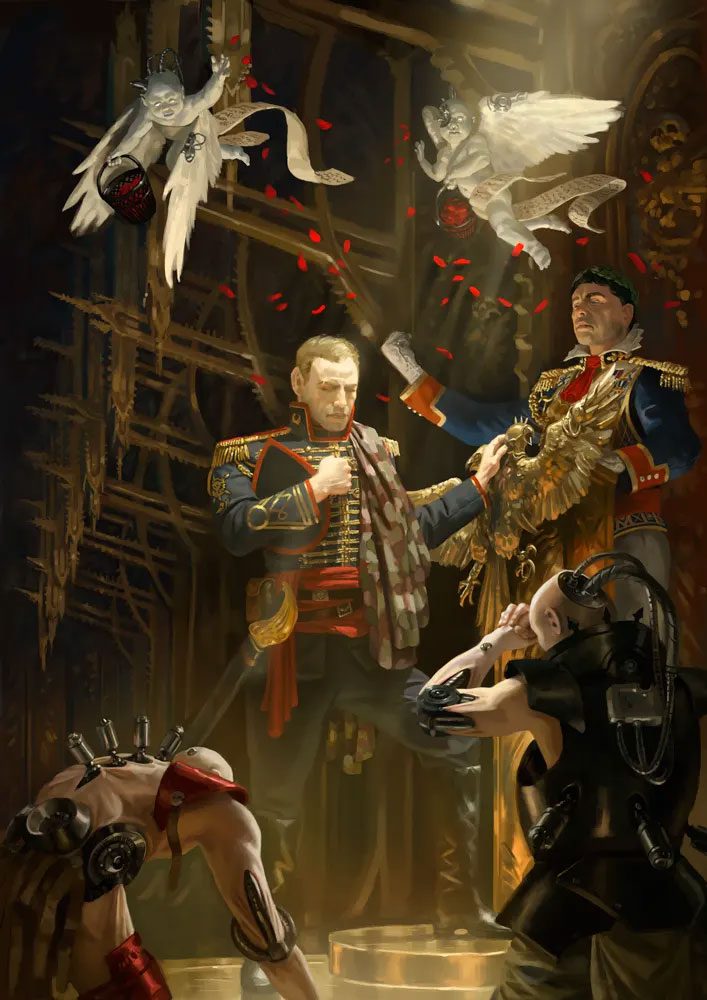 The mustering areas around the fortified industrial heartland swarm with vehicles, artillery and reinforcements. High Command has pulled...

Without exaggeration, I want to say that I cannot imagine my life without this dark universe.

Another Artwork done for the wonderful Black Library.

Certainly not inspired by Quite from Metal Gear

Commission: Eric as a Ghost