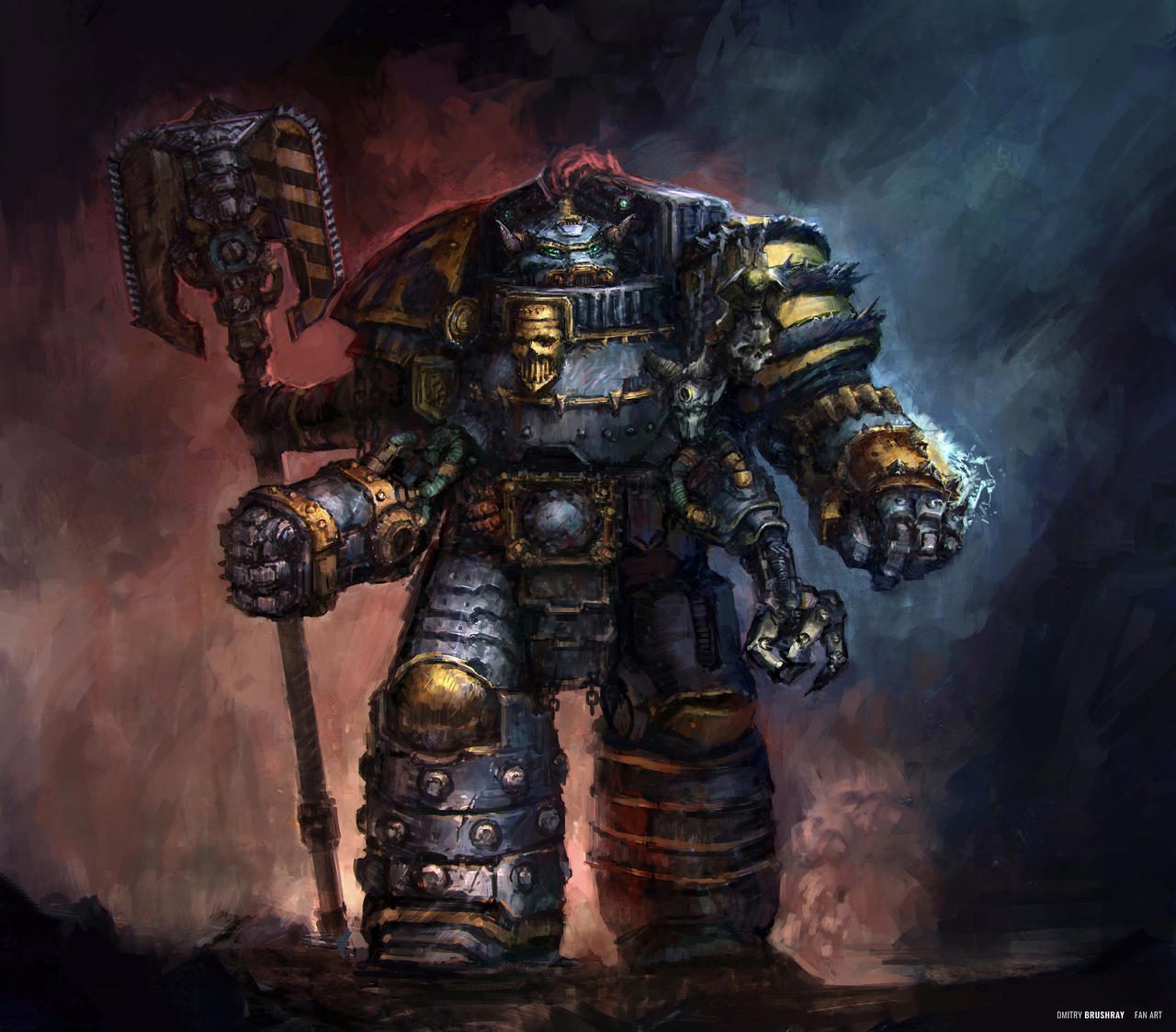 Varnag Driako is a trueborn son of Olympia, the men of his family boast a lineage of being the Master-of Arms for the armies of many Tyrants throughout Olympian history.

Whilst fighting with the Sons of Horus, he formed a friendship of sorts with a Cthonian warrior named Druso Dreg’Eth.  However, this friendship ended when Druso was slaughtered by his brothers on Isstvaan III. Varnag wears a topknot in the style of Cthonia to honour his fallen comrade.

A known beast-slayer within the warband, he often takes it upon himself to slay the most threatening and imposing of enemies and animals he meets on the field of battle. Though he rarely takes trophies, viewing victory over mighty foes as the most significant achievement, not the taking of skulls. However, chained to his armour are the heads of two xenos breeds. A Necron lychguard and a Dark Eldar incubus.

Having spent a significant amount of time within the Warp and being an efficiently brutal warrior, Varnag has suffered mutations and removed them himself. The most remarkable of these mutations was the growing of an extra set of arms, raw and stained skin-deep the hue of hearts blood. A “blessing” of the Skull God. He shorn them off himself with a Legion gladius in sight of his warriors, reciting the Unbreakable Litany over and over. Not wanting to forgo the advantage of a second pair of arms, he had the adept of the Dark Mechanicum that operate within the warband craft a set of bionics and then grafted them to his flesh.