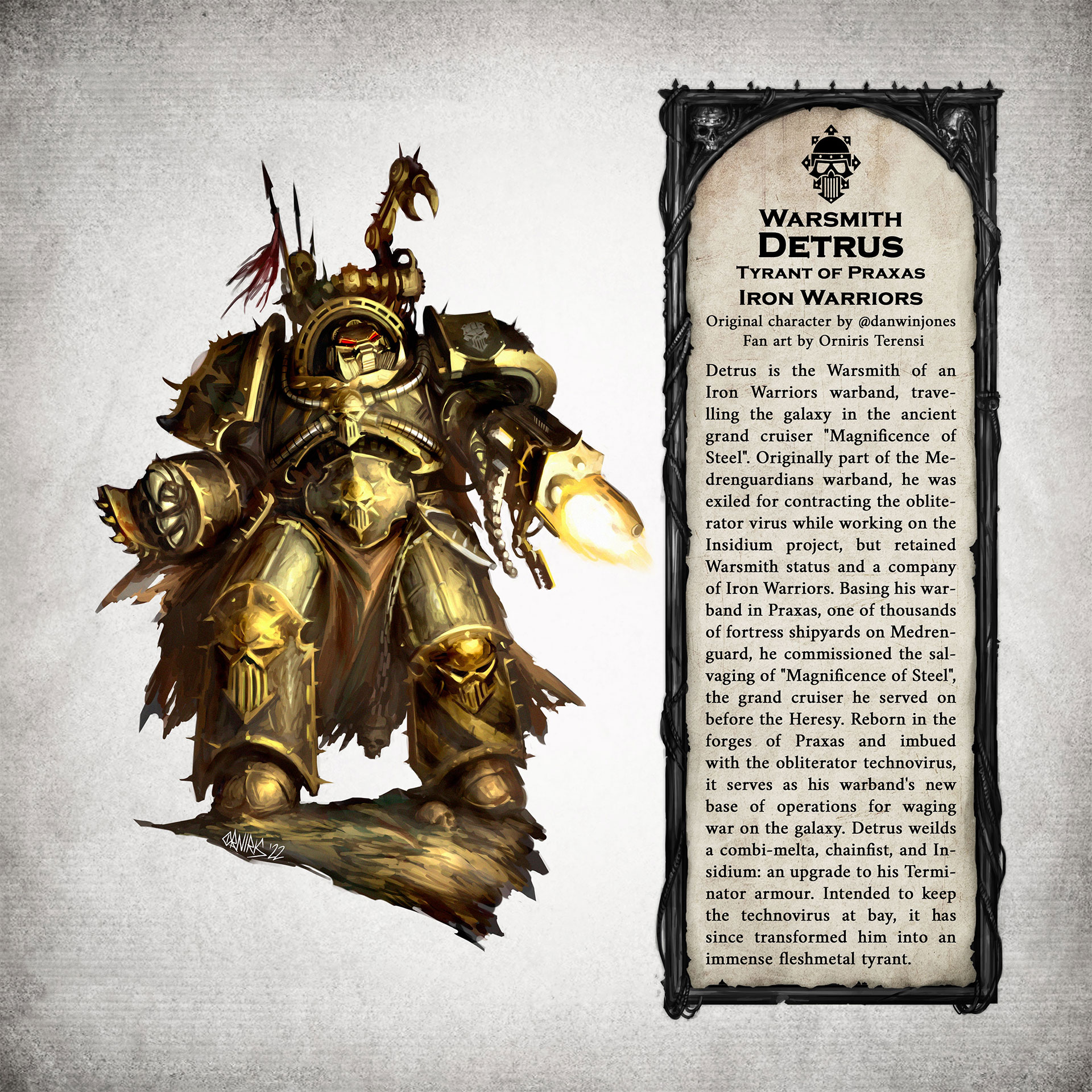 Detrus is the Warsmith of an Iron Warriors warband, travelling the galaxy in the ancient grand cruiser “Magnificence of Steel”. Originally part of the Medrenguardians Warband, he was exiled for contracting the obliterator virus while working on the Insidium project, but retained Warsmith status and a company of Iron Warriors. Basing his warband in Praxas, one of thousands of fortress shipyards on Medrenguard, he commissioned the salvaging of “Magnificence of Steel”, the grand cruiser he served on before the Heresy. Reborn in the forges of Praxas and imbued with the obliterator technovirus, it serves as his warband’s new base of operations for waging war on the galaxy. Detrus weilds a combi-melta, chainfist, and Insidium: an upgrade to his Terminator armour. Intended to keep the technovirus at bay, it has since transformed him into an immense fleshmetal tyrant.